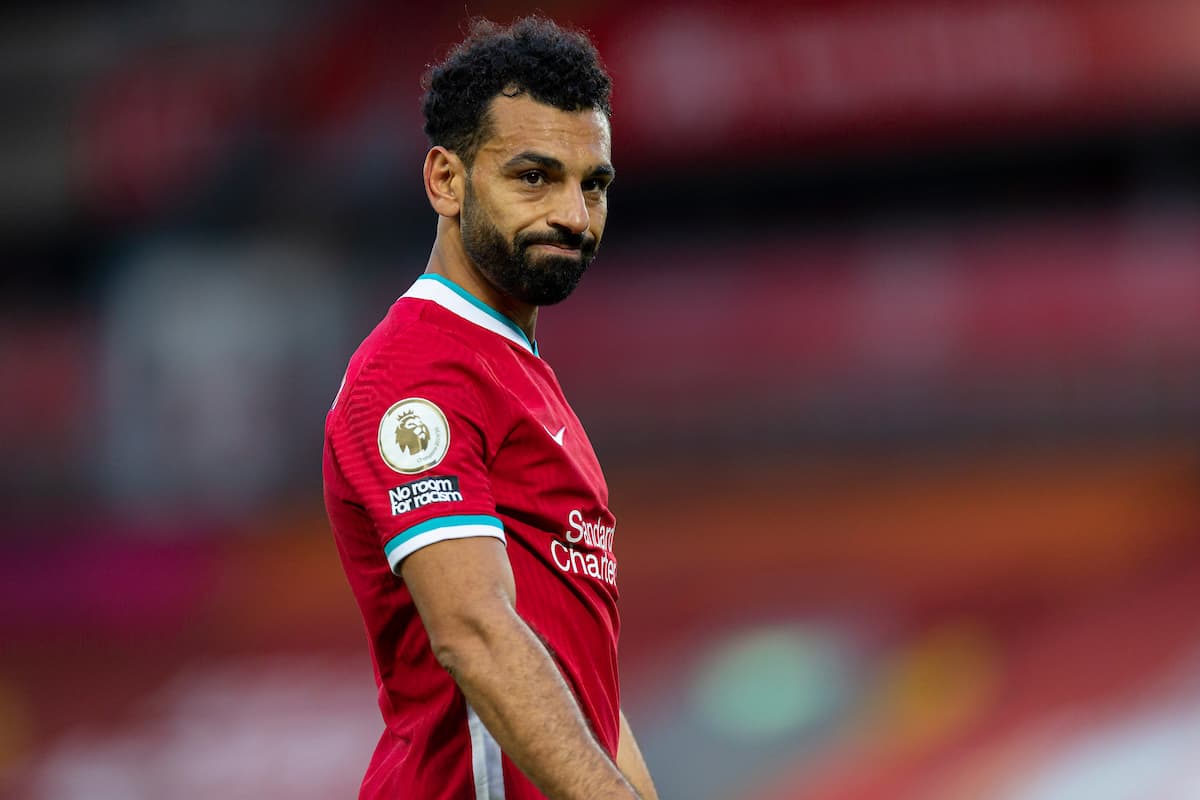 Jurgen Klopp has rejected criticism of Mohamed Salah‘s ‘dive’ to win a penalty in Liverpool’s 2-1 win over West Ham, revealing he took a “proper knock” in the challenge.

To the surprise of most on Merseyside, Salah has been lambasted for going to ground following a clumsy tackle from Arthur Masuaku at Anfield on Saturday.

Ridiculously, player-turned-‘columnist’ Tony Cascarino claimed that “Mohamed Salah‘s dive was [an] insult to Nobby Stiles and [the] game he loved,” which has been rightly laughed off from all quarters.

But speaking ahead of Liverpool’s trip to Atalanta, Klopp was questioned on his views on Salah’s role in the penalty situation, and along with dismissing the ‘diver’ tag, he confirmed the Egyptian was struggling with knocks as a result.

“I don’t know what people need. What can I say? It was a foul, pretty much for everybody who saw the situation,” he said.

“Believe it or not, yesterday morning I spoke to Mo about how he feels and he has exactly three proper knocks, and one of them is from the penalty situation.

“There’s a knock, you go down or not, sometimes the ref whistles.

“We don’t talk for long about penalties we don’t get, but now three days after the game we talk about it, and there was clear contact.

“What can I say? No, I don’t understand the criticism.”

There is no suggestion Salah will be missing for the Champions League group stage clash on Tuesday night, but images of the No. 11 hobbling down the tunnel immediately after full-time at the weekend back up Klopp’s assertion.

It was a clear foul, and the furore surrounding the way Salah went to ground highlights the hypocrisy of many pundits’ view on particular players.

This is certainly the case given Harry Kane has not attracted the same level of criticism for backing into Adam Lallana to win a penalty in Tottenham‘s 2-1 win over Brighton on Sunday.

In fact, Kane’s action could well have injured Lallana, who was rising to challenge for a high ball and subsequently fell to the ground due to contact with the Tottenham striker, but regardless, he won and scored the penalty.

Salah will not be concerned of course, bar any lasting effects of Masuaku’s challenge, but the situation should raise questions over the portrayal of certain players – particularly those from abroad – from some sections of the English media.