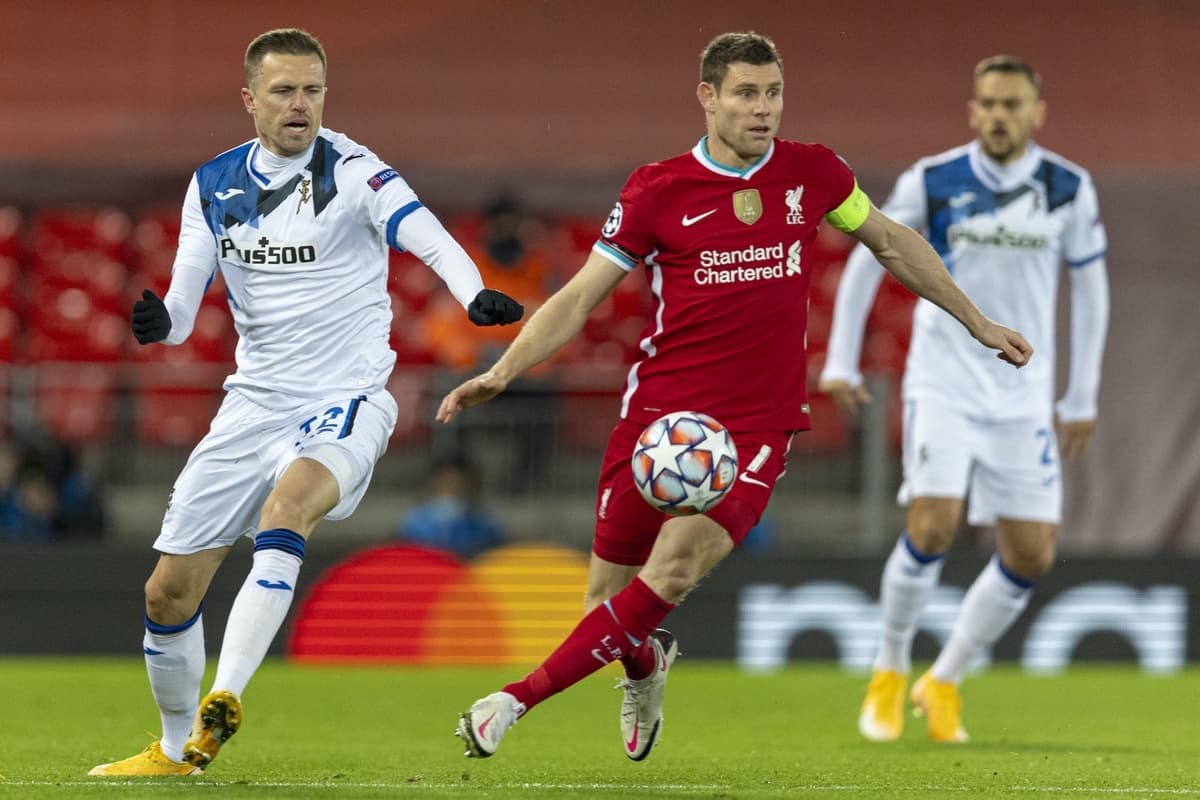 It was a performance to forget for Liverpool in their 2-0 defeat to Atalanta and it is one they have to move on from “pretty quickly” with little time to lament on the result.

As is often the case, Liverpool never do things the easy way and they let an opportunity to turn the tide slip as a victory against Atalanta on Wednesday would have secured a place in the last 16 of the Champions League with two games to spare.

Instead, a desperately poor performance from a disjointed Reds outfit led to a rare defeat on home soil to ensure qualification was pushed to the fifth group game, at the earliest.

While no means a disaster it does ensure Liverpool’s ability to rest and rotate is limited in what would have been a luxury during a relentless festive fixture list.

Ajax are next on the agenda to secure a place in the knockouts but before then Liverpool have to meet Brighton in the Premier League on Saturday, and the schedule ensures the Reds have little time to stew over the events of the defeat.

“We know it was a poor performance – it was pretty flat and we never got going which was disappointing,” Milner told BT Sport post-match.

“There were a lot of changes tonight, a lot of players who haven’t played together and the schedule is busy, we keep saying it and sometimes you have to try and get a win without being at your best and we couldn’t do that tonight.

“We didn’t create enough, didn’t keep the ball well enough and we didn’t have that sharpness – it was disappointing.

“But we’re still top of the group so we have to recover and go again at the weekend for another big game.

“I don’t think you could question the boys’ effort, it’s always there and you know that from this group.

“But there wasn’t enough fluidity and there were times in the away game where we moved them around and created the openings to run into and today we didn’t do that enough.

“We were always a second late on the press and didn’t do enough with it, it was just one of those nights where we didn’t produce our best and we couldn’t get anything going.

“That’s something we have to move on from pretty quickly because we’ve got a lot of games coming up.”

No victory is a given on the European stage but having set strong foundations in the opening three group games, Milner is content with Liverpool’s fate being in their own hands.

“It’s always complicated, it’s the Champions League,” he continued. “We know how good a team they are and it was a bit of a false result away from home, we played really well and people then think it’ll be easy second-leg.

“We knew otherwise and it didn’t happen for us tonight. It’s a strong group and obviously, we know how good Ajax are as well.

“It’s going to be tough but it’s in our hands and we just need to get over this quickly, look where we can improve and go again.”