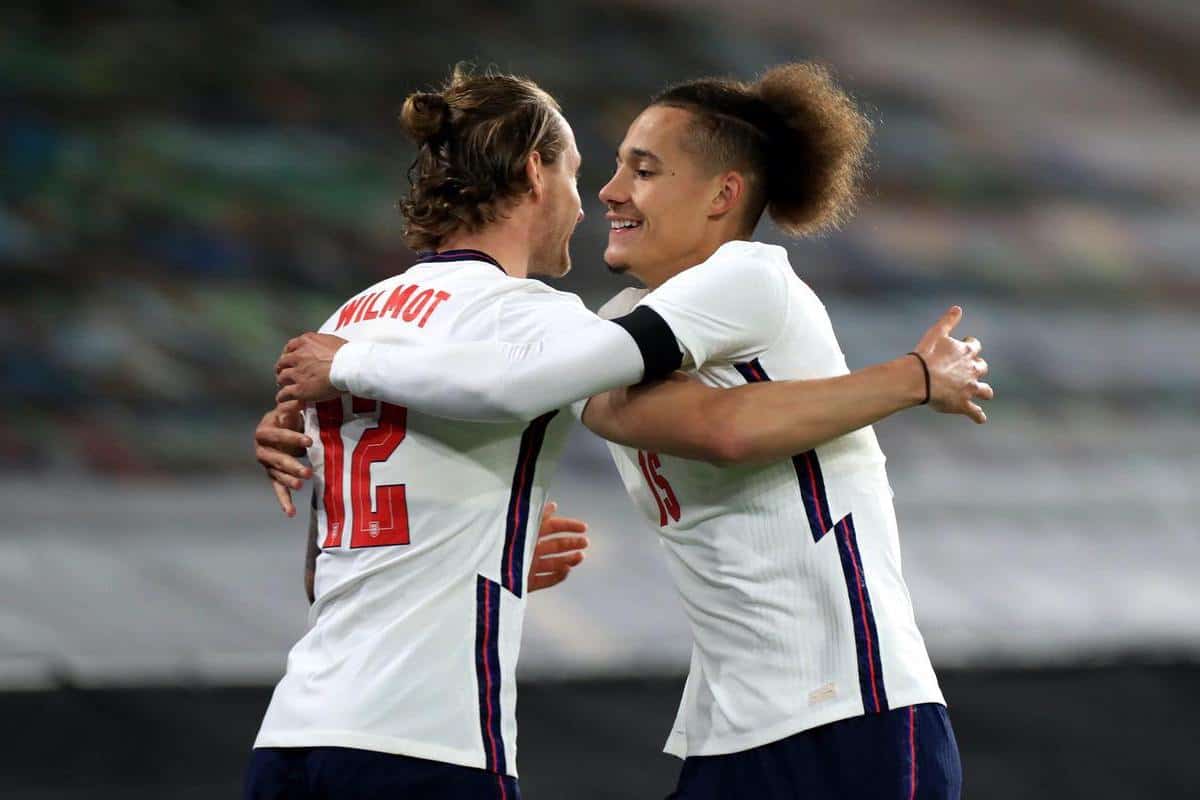 Rhys Williams did not take part in the England under-21s’ 5-0 win over Albania on Tuesday, with the centre-back returning to Liverpool with a “very minor” hip problem.

The Young Lions played out a convincing victory in their final qualifier for the U21 Euros, with Curtis Jones coming off the bench in the second half.

Absent on the night as a precaution, however, was Williams, with the 19-year-old withdrawn from the squad as England had already booked their place at next year’s tournament.

It comes due to a hip injury for the centre-back, though manager Aidy Boothroyd confirmed after the game that it is “very minor” and the decision was made that it would be “in his best interests to get him back to Liverpool.”

“With all the players, if there’s any potential injuries or niggles then our medical staff is in contact with the club,” he explained.

“Rhys wasn’t actually on the bench so I thought the best thing was to get him back to Liverpool.”

This follows injuries to both Joe Gomez and Jordan Henderson with the England national team, and with this a mere precaution, Boothroyd’s words will boost the Reds.

Williams is likely to feature heavily over the coming week, with Leicester to come on Sunday, followed by Atalanta on November 25 and Brighton on November 28.

With less than a 72-hour turnaround between each game, Gomez and Virgil van Dijk out and Fabinho a doubt, Williams is set to be rotated along with Joel Matip and Nat Phillips.

Phillips is not registered for the Champions League, which makes Williams a guaranteed starter against Atalanta, who visit Anfield in the fourth game of Group D.

Jurgen Klopp will be hoping to rely upon Matip as his centre-back leader, and the No. 32 was part of a small squad training at Kirkby on Tuesday.

This presents a big opportunity for Williams, who has impressed in his five appearances so far, with this period giving him the chance to cement himself as a long-term option for Liverpool.