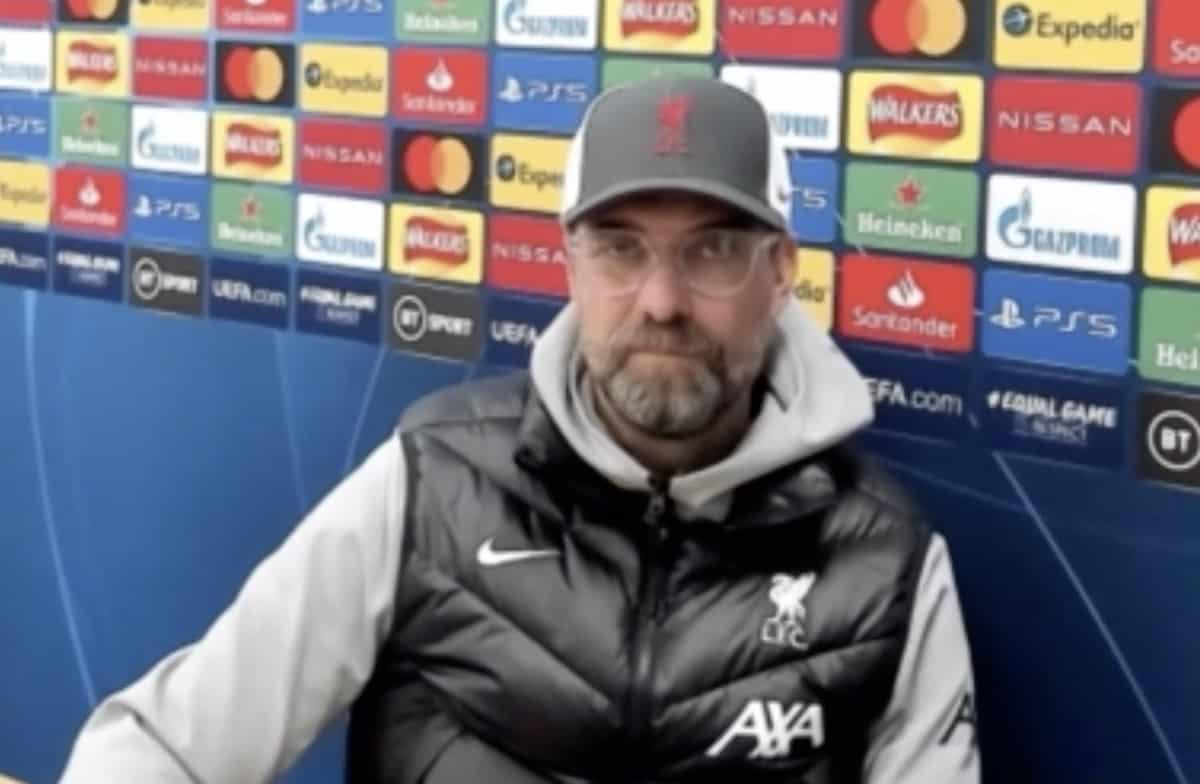 Jurgen Klopp concluded that “if you don’t have a shot on target, that’s not a good sign,” as his much-changed Liverpool side limped to a 2-0 defeat at home to Atalanta.

The Reds were vastly altered from the side that put Leicester to the sword on Sunday night as they welcomed their Champions League opponents to Anfield in midweek.

Rhys Williams, Neco Williams, Kostas Tsimikas, Divock Origi and the returning Mohamed Salah all came in, and what followed was a dull display that saw no shots on target for the hosts and two quickfire goals for Atalanta in the second half.

It was a deserved result for the Bergamo outfit, and after the game, Klopp bemoaned his side’s inability to expose their man-marking system, conceding that “it didn’t work out” with his lineup.

“We didn’t use the specific things of their defending, this man-marking thing, where you can move players around, open gaps and pass the ball, crazy open gaps,” he explained.

“We didn’t use that tonight, we used it in Bergamo really well. So then you only face the difficulties of this man-marking system.

“If you move right, if you pass right in the right moment then it’s like an open door. That’s football. It’s all about decision-making, tonight the decision-making was obviously not so good.

“We made five changes, it was very important for us that we did that, then in the end it didn’t work out.

“That’s part of the deal, you never know before. And anyway, I would do it again. That was the reason.

“We made five changes, so no real rhythm. First half was not a good game at all, they were not good as well. Then we thought second half, we spoke about it so now we can do it maybe.

“It didn’t look like it, so that’s why we changed kind of early, and unfortunately a second before we could change they scored a goal.

“We couldn’t defend it in that moment, and the second one in the same manner, and we didn’t create, so that’s it.

“We had better football moments, but not good enough. If you don’t have a shot on target, that’s not a good sign.”

Klopp also paid tribute to the late Diego Maradona following his passing earlier on Wednesday, and praised the performances of Neco and Rhys Williams and Curtis Jones, as the academy products starting at Anfield.

The manager was quick to stress that, though victory over Ajax next time in the Champions League would secure progress to the last 16, the focus remains on Brighton on Saturday.