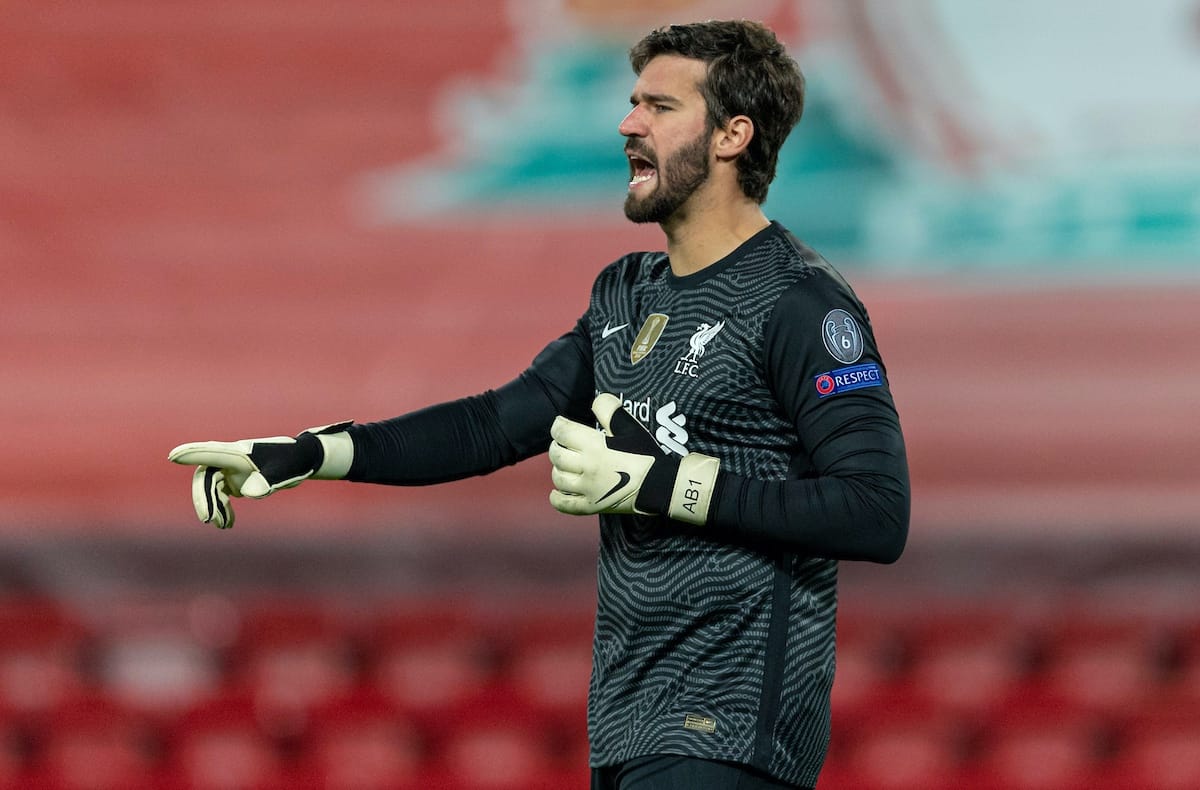 Jurgen Klopp has revealed that Alisson is due to report to full training on Friday, with the Liverpool goalkeeper in contention to return to the starting lineup at Fulham.

Alisson has been sidelined with a hamstring injury since the start of December, leading to Caoimhin Kelleher taking his place against Ajax, Wolves and Midtjylland.

Kelleher shone in Alisson‘s absence, but there is no doubting the Brazilian will return to the fold when fit, as one of the Reds’ most important players and a world-class goalkeeper.

That is likely to come as soon as Sunday’s trip to Fulham, with Klopp explaining in his pre-match press conference that, provided he comes through training without any issues, he “can play.”

“Ali will train today, so I’ve heard. I came in directly to the press conference, so all the meetings are after this,” he told reporters.

“Yes, Ali will train and if he trains all fine then he can play.”

The manager will still be without James Milner, Xherdan Shaqiri and Thiago, however, adding that “nobody else is coming back,” while there are doubts over Diogo Jota and Kostas Tsimikas.

“So yes, we had two days ago a game. And after the game, we obviously had some niggles, I would say,” Klopp continued.

“Nobody else is coming back, I’m afraid.”