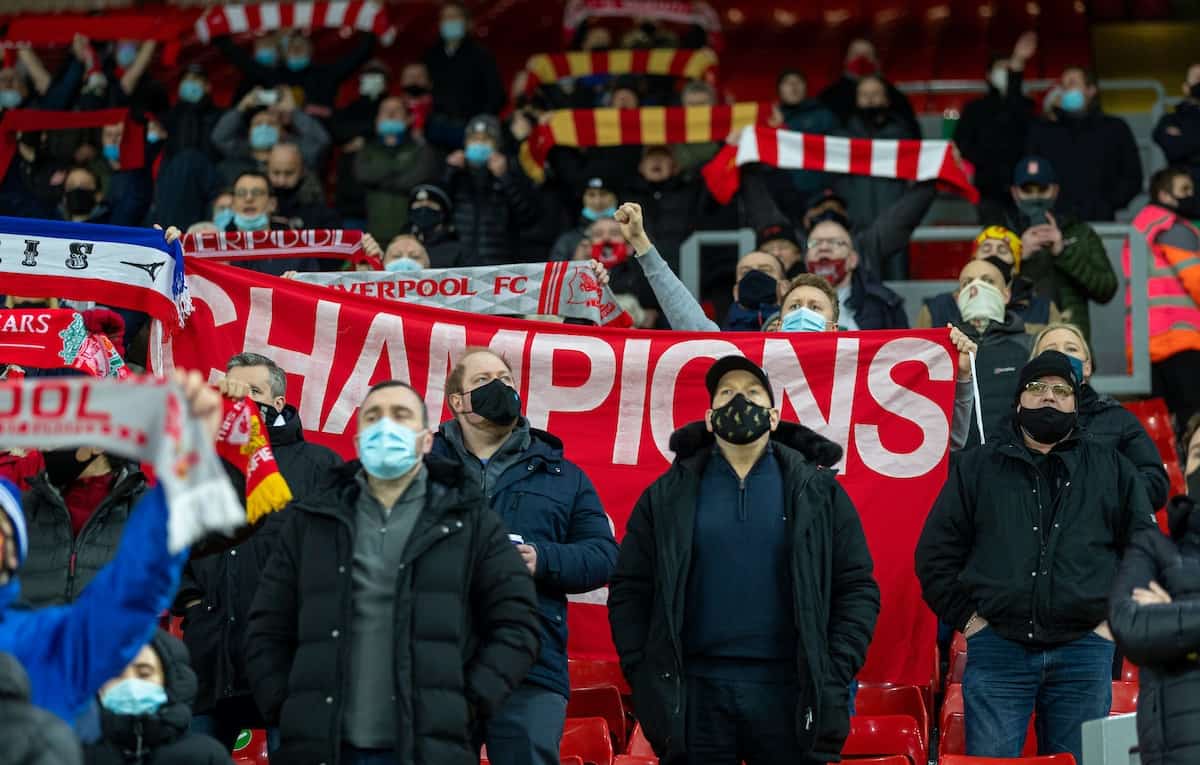 The government’s Tier review on Wednesday means Liverpool will no longer have fans in attendance for the foreseeable future.

The Reds’ last three home games – against Wolves, Tottenham and West Brom – had 2,000 fans in attendance as the Liverpool City Region was in the UK ‘Tier 2’ but a move to Tier 3 means that will no longer be the case.

This means there will be no fans in attendance for the next home game, against Man United on January 17, and it seems highly unlikely that will change any time soon.

Up until this latest review, Liverpool and Everton were the only teams with supporters allowed by the government.

The next review will be in another fortnight and would cover for the Man City home game on February 6, but it seems unlikely that the region will drop back down to Tier 2 by then.

Meanwhile, Tottenham‘s game against Fulham on Wednesday night has become the second Premier League game this week to be postponed due to the increasing coronavirus cases, and the fear is now that all football may have to be stopped like back in the spring.

Before the season began, Premier League clubs agreed that the season would be decided on a points-per-game basis if it was ended early, but did not decide the threshold required for that to take place.