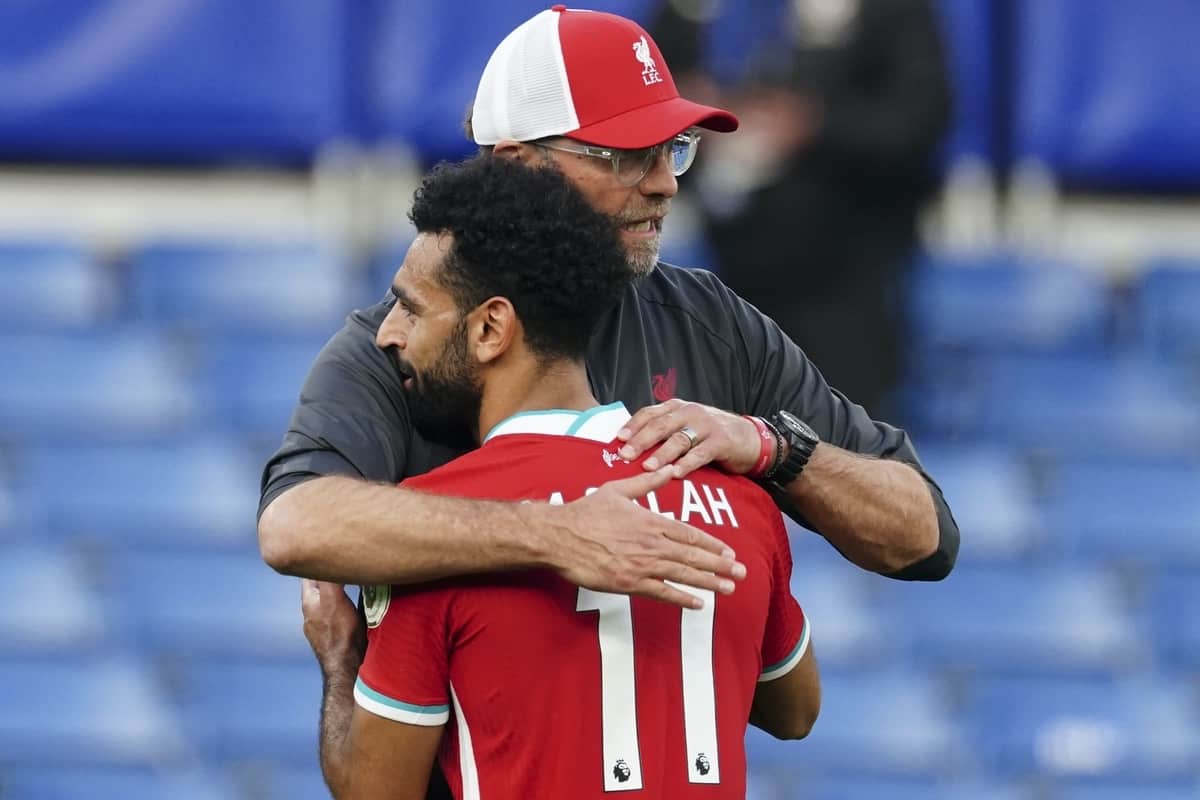 Jurgen Klopp has continued to dismiss any lingering discussion over Mohamed Salah‘s future and mood after his interview with the Spanish press last week.

Liverpool’s No. 11 spoke with Spanish outlet AS on the eve of the clash against Crystal Palace and discussed being overlooked for captain at Midtjylland in addition to his future at Anfield.

Salah was presented with a possible move to Real Madrid and Barcelona and state that “we never know what is going to happen in the future” as the “top clubs” continue to be linked.

It led to a few raised eyebrows which was further compounded when he was not named in the starting XI at Crystal Palace, with many speculating it was due to the interview.

After the game, where Salah came on and scored two late goals, Klopp insisted there was no unrest or ill-feeling as his place on the bench was simply part of rotation having started in the previous six games.

In the days since the demolition job at Selhurst Park, reports have emerged over the Reds’ desire to reward Salah with a new and improved contract – where his current deal expires in 2023.

Unsurprisingly, the boss had little to say on that matter to the media but did continue to banish any thoughts of Salah being unhappy at Liverpool.

“We never speak about deals [with the press], why should we start now,” Klopp told reporters in his press conference on Thursday.

“Mo is in a good mood, in a good moment, in really good shape. That’s the most important thing for me. 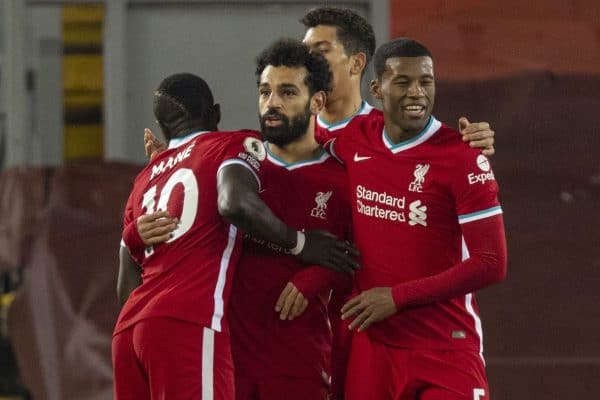 “If you had seen him in training today you would have seen him laughing a lot! He enjoyed the session.

“All the rest is, for sure, nice for you to write about but nothing internally!”

The Egyptian is in a rich vein of form having scored 13 goals in 13 Premier League appearances so far this season, with a further three coming in Europe as he continues to see records tumble in his wake.

And the boss is eager to see his ruthlessness in front of goal continue for the foreseeable future as he continued to be entertained by the speculation which surrounded his decision in Liverpool’s last game.

“He is [operating on a good level],” Klopp added. “I think there’s always things to talk about, he didn’t start the last game and all the things what I heard after about what could be the reason.

“Then he came on, scored two. I think in his first season he didn’t start against Stoke and he came on and scored two. Obviously, he doesn’t need a long time.

“But, yes in a good moment and I hope it stays like this. That’s the most important thing.

“All the boys are in a good moment, that’s why we have the points we have so far and now it’s much more important we keep going.

“Everyone knows the toughest period of the season is now ahead of us, the Christmas period which is always a tough one and we have to make sure we get through this with the right results.”