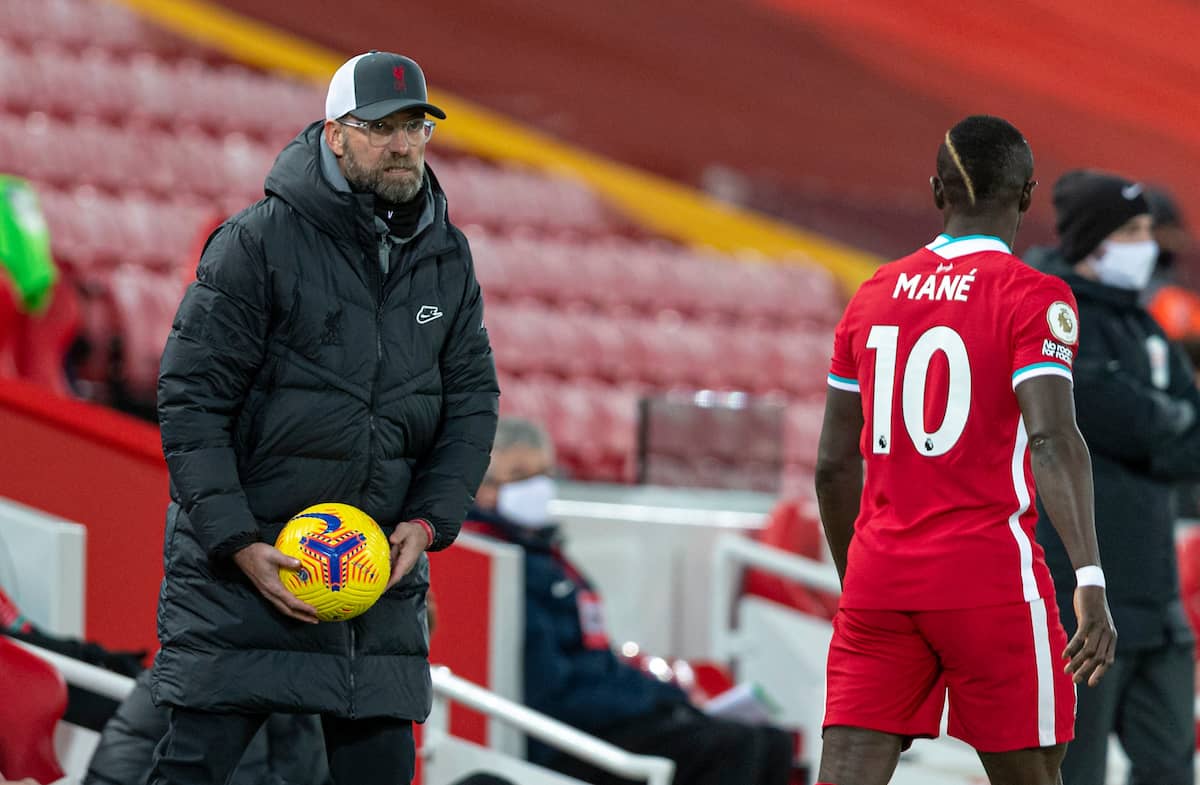 Liverpool manager Jurgen Klopp expects to see a response from his players after reminding them they “don’t live in dreamland”.

The Reds boss admitted the squad was angry after failing to dispatch struggling West Brom as they had to settle for a 1-1 draw at Anfield despite dominating possession.

Despite having the majority of the ball, their opponents had more shots on target – three to two – and Klopp felt that was partly due to his side failing to reach their usual high standards.

“These kind of things, what the boys are able to do. That’s it.

“In the end, we just drew a Premier League game, that can happen. It can happen against West Brom, they had a new manager (Sam Allardyce) and they played in the first half a system I didn’t see a lot in my life, a 6-4-0 or whatever.

“That’s completely fine, they have challenges to stay this kind of disciplined for the rest of the season.

“We have to be disciplined as well, in a different way. We have to do both, being offensive, active, creative and defend. That’s what we have to do and we could have done that better. That’s it.”

Klopp said he was not concerned about it becoming a longer-term issue and believes they can put things right on Wednesday against Newcastle, another team who are struggling for results on a four-match winless run.

And he is confident they will move on quickly from their West Brom frustration.

“I am not the first day in the job,” he added after seeing his side fail to win in the Premier League for the sixth time this season, as many times as in the whole of last-term’s title-winning campaign.

“We should have won the game, or we wanted to win the game and we didn’t, and now we are all ‘depressed’ or whatever.

“The boys are more angry than anything else because they know that it was not perfect, but that’s it and now, of course, we have to play the next game in three days.”

Klopp is expected to make changes for the Newcastle game, with the first coming at centre-back after Joel Matip was forced off with a groin problem.

Nineteen-year-old Rhys Williams, who did so well deputising during the central defensive crisis of October and November, replaced him against the Baggies and looks set to retain his place at St James’ Park.

With James Milner and Xherdan Shaqiri returning to the squad after several weeks out injured and Alex Oxlade-Chamberlain getting more minutes as a late second-half substitute, Klopp has options at his disposal.

“Joel is injured and it’s not the first time that a centre-half is injured,” said the manager.

“It’s of course not good, especially now as he was in a really good shape again, but we cannot change that. We just have to accept it and carry on.”