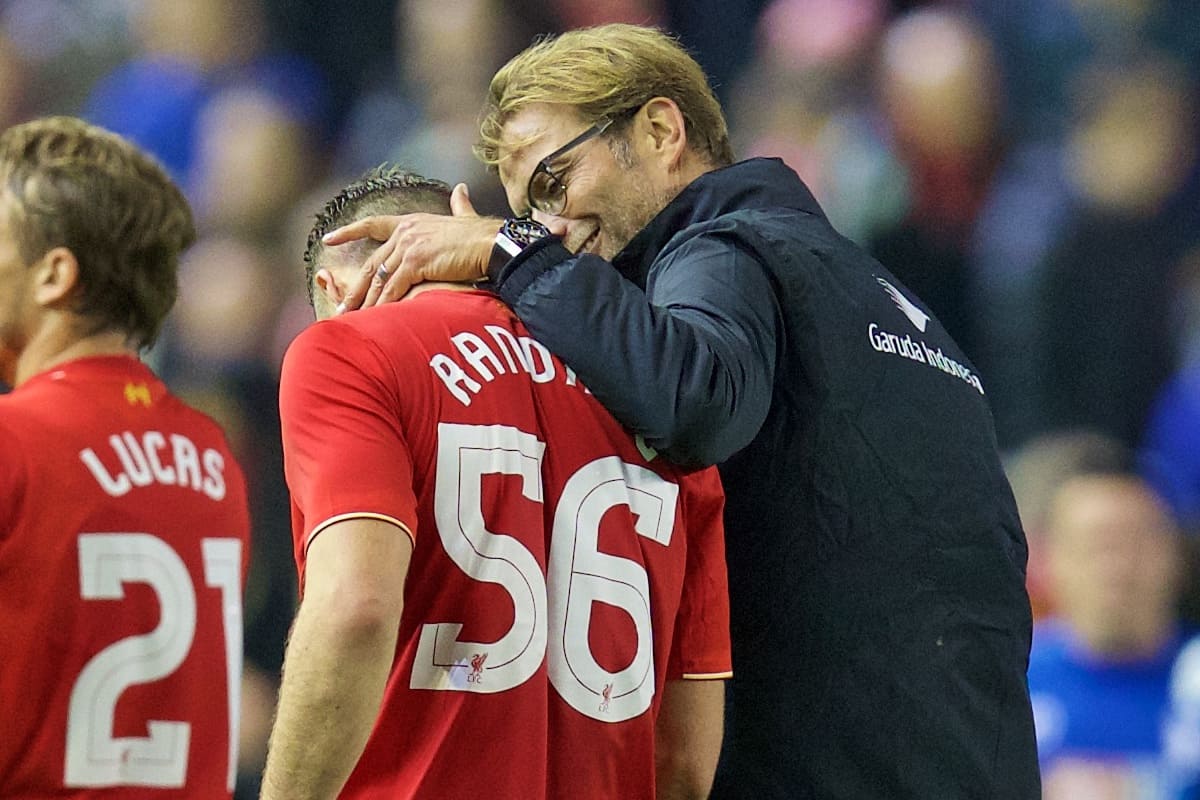 Just under four years ago, Connor Randall made the last of his eight appearances for Liverpool, and his half-time substitution against Wolves left him “ashamed.”

Randall, a boyhood Red, joined the club as an eight-year-old and, after progressing through the ranks at Kirkby, was among the first cohort of youngsters brought into the first-team fold after Jurgen Klopp‘s appointment in 2015.

Though he had already trained under Brendan Rodgers, it was Klopp who gave Randall his break, having requested footage of the club’s most dynamic young full-backs soon after his arrival.

The Maghull native had come through as a midfielder, but found himself shoehorned into an unfavoured role as a right-back, but despite his reservations about the position, it provided a pathway to the senior squad.

After seven appearances in the 2015/16 campaign, Randall was shunted out of the picture due to the emergence of Trent Alexander-Arnold and the return of Joe Gomez from injury – but, then 21, he was given a rare outing in the FA Cup midway through the following season.

But with Liverpool 2-0 down at the break – in an eventual 2-1 loss in the fourth round – Klopp made the decision to withdraw his right-back at half-time, with Philippe Coutinho coming on and the No. 56 not seen again in a first-team game.

Reflecting in an interview for the Football Journeys podcast, Randall admitted the situation left him feeling “ashamed” and that he “kept it with him for a lot longer than he probably should have.”

“I can remember it clear as day, going into the changing room and getting taken off,” Randall recalled.

“I just stood in the shower, I think the game was on in the changies on the telly and I felt ashamed. 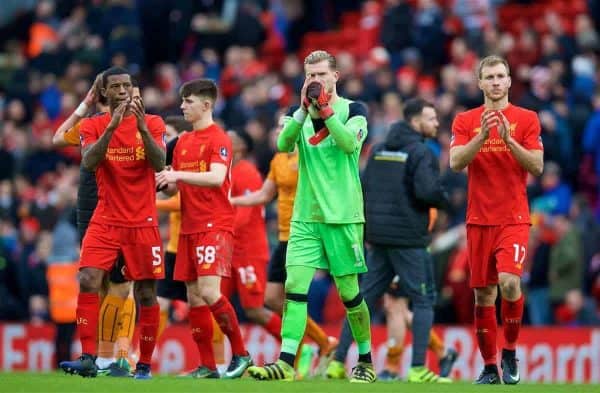 “All my mates who’d come to watch me, a few of my mates, my family, they were upstairs and obviously you [usually] go and speak to them and whatever.

“I remember just going straight to the car. I was sat in the back of the car, putting my hood up and hiding. Not that that makes any difference, but at the time that’s the way I felt.

“I can remember it clear that night. My sister, my little nephew and that came round and when they left I just went up to bed and tried to go to sleep, sort of just shut off from everything.

“If I’m being honest I did find it tough. Not just football, I probably took it with me outside of football as well.

“The biggest emotion is being half-ashamed, even going out, you don’t want to go places and for people to see you and go ‘that shit player’ or whatever.

“Once I went to Hearts and started playing there, obviously that’s when I got my confidence back.

“But I definitely kept it with me for a lot longer than I probably should have and I did dwell on it and let it get to me in a way that I would never do now.”

Randall gave an engaging interview as part of a podcast series that is well worth listening to for Liverpool fans, and his assessment of the time serves as a cautionary tale for the current generation of youth.

“I just played bad, we’d been beaten and knocked out the cup and then you take that home with you as well,” he continued.

“When you step up and you do get that opportunity it’s brilliant, but it is tough on the mental side of the things.

“It’s just a completely new sort of pressure that you’ve never experienced before.”

One of his successors at right-back, Neco Williams, has endured a similar level of scrutiny – perhaps even more so, given the heights Liverpool have now reached – and Randall’s words highlight the difficulty the Welshman may be going through.

It portrays the mental side of the game that most supporters are not privy to, with Randall detailing how small decisions and outside criticism can have a long-term impact on any player.