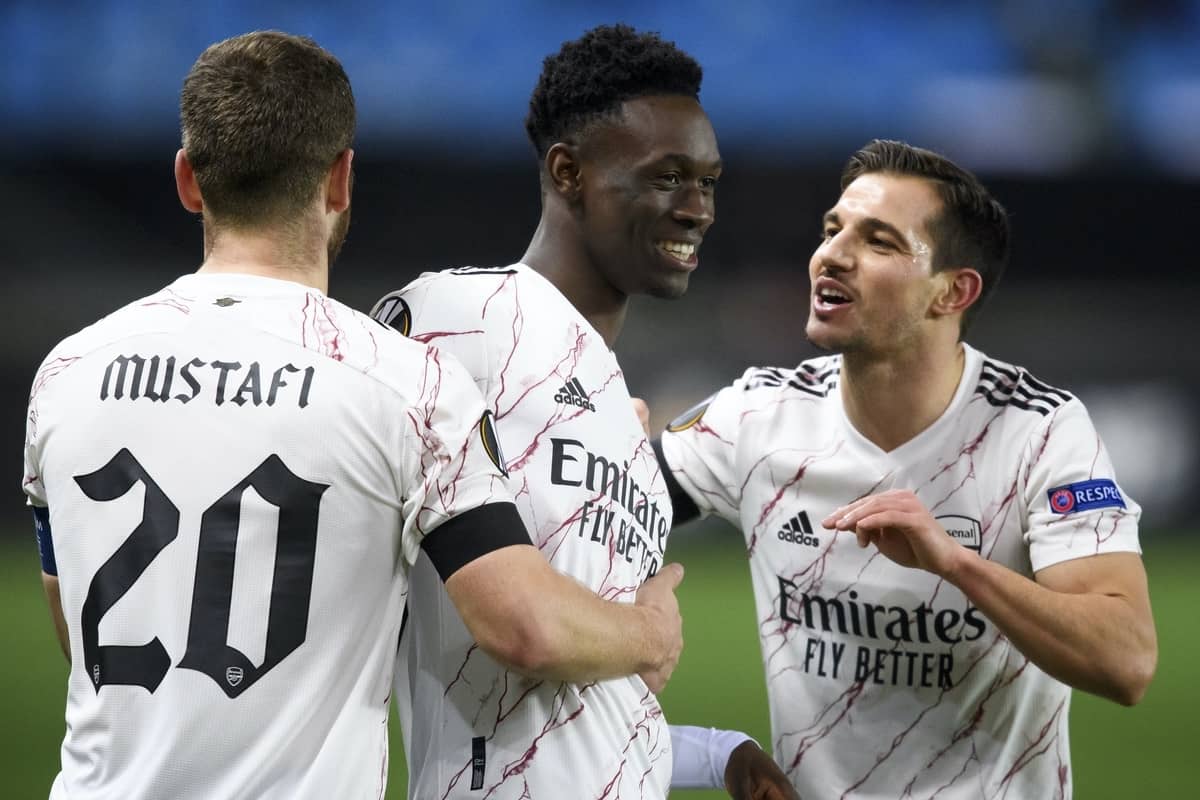 Arsenal youngster Folarin Balogun is “increasingly likely” to leave on a free transfer next summer, and Liverpool have again been mentioned as an interested party.

The Reds were claimed to have “tracked” Balogun back in August, with Arsenal reported to be open to a deal worth at least £8 million as Brentford weighed up a move.

At the time, Balogun was yet to make his first-team debut for the Gunners, but having stayed at the Emirates as he entered the final year of his contract the 19-year-old has now played five times.

In those five outings – four of which came in the Europa League and one in the League Cup – he has scored two goals and assisted one.

A promising talent who is most comfortable as a centre-forward, the US-born England youth international finds himself in an interesting position heading into 2021.

Balogun will have just six months left of his contract on January 1, and will be free to sign pre-contract terms with clubs outside of England, while a possible switch to a domestic club could be informally discussed.

The Athletic‘s David Ornstein claims that with regards a longer stay at Arsenal, “talks have not stopped and the door is still open,” but that “it looks increasingly likely he will depart as a free agent.”

Ornstein adds that the striker’s “domestic admirers include Liverpool,” corroborating the report from the summer, with the Reds constantly monitoring the best young talent – particularly those with favourable contract situations.

But it is explained that a switch to Germany has the “greatest appeal at present,” no doubt due to the opportunities available in the Bundesliga. 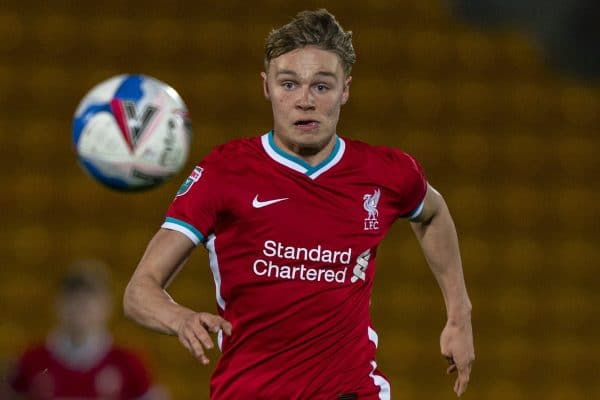 Liverpool have seen their youth ranks reduced dramatically when it comes to attacking options with the sale of Rhian Brewster to Sheffield United, while persistent injuries for Paul Glatzel have left the 19-year-old on the periphery.

It is rare that Klopp calls upon any academy forwards into first-team training, though Luis Longstaff was given a chance earlier in the season, with Liam Millar overlooked and Layton Stewart seemingly considered not yet ready.

Perhaps Balogun has been earmarked as a possible long-term addition to the options up front at Anfield, with Roberto Firmino turning 30 next year.

There is also the prospect of Arsenal‘s No. 38 being seen as a low-risk, high-reward signing akin to Dominic Solanke, with the striker joining on the expiry of his deal with Chelsea in 2017 and then sold to Bournemouth for £19 million two years later.