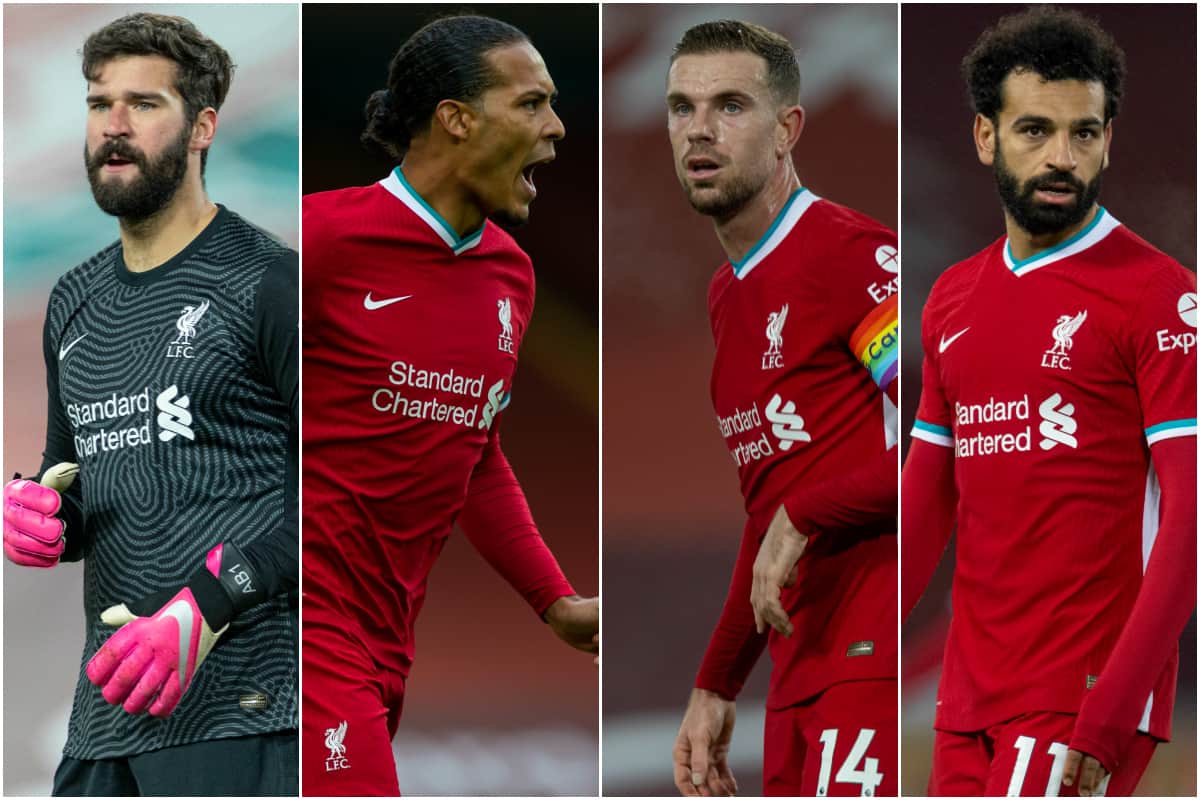 While it has been a strange year all round, 2020 has been a monumental one for the Reds, having won the Premier League for the first time – a first top-flight title in 30 years.

A collective effort, there has not been one standout player among Jurgen Klopp‘s squad, rather a plethora of world-class talents who have all played their part in restoring the club to the pinnacle of football.

That was reflected, then, as Carragher and Neville selected their Premier League Team of 2020 as part of Sky Sports‘ Monday Night Football this week. 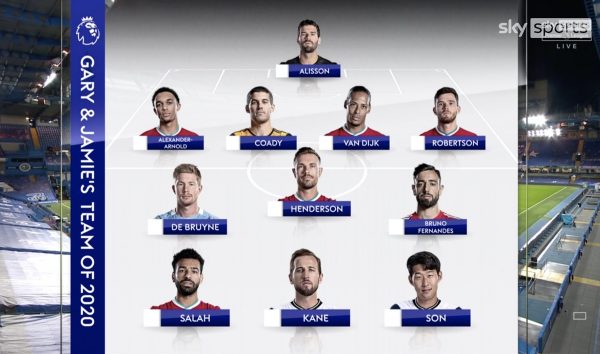 The Reds rightly dominated the selection, of course, with there being a case to include the likes of Joe Gomez, Gini Wijnaldum and Roberto Firmino, too – but Fabinho and Sadio Mane were the glaring omissions.

Mane was arguably Liverpool’s Player of the Season in 2019/20 – despite Salah ending the campaign with one more goal and assist than the No. 10 – producing a run of unstoppable form on the left.

Neville used the numbers to explain why Son was chosen over Mane, while Carragher pointed to a “little spell” of muted form as he added to that.

“You cannot criticise Son or Mane. There is no negative about them. They are both absolutely world-class,” Neville said.

“Just plug the actual goals and assists in, and Son’s just done better in a team that isn’t as good obviously. Son just won it but that is no reflection on Mane. He could’ve easily been in the team.”

While it is only the opinion of two admittedly well-informed ex-pros, this XI is a reflection of the outstanding form of Klopp’s Liverpool throughout 2020.

To be able to bring that from a title-winning season through to a table-topping start to the next is a testament to their quality and mentality, and it would be no surprise to see a similar number of Liverpool players named in the same XI this time next year.