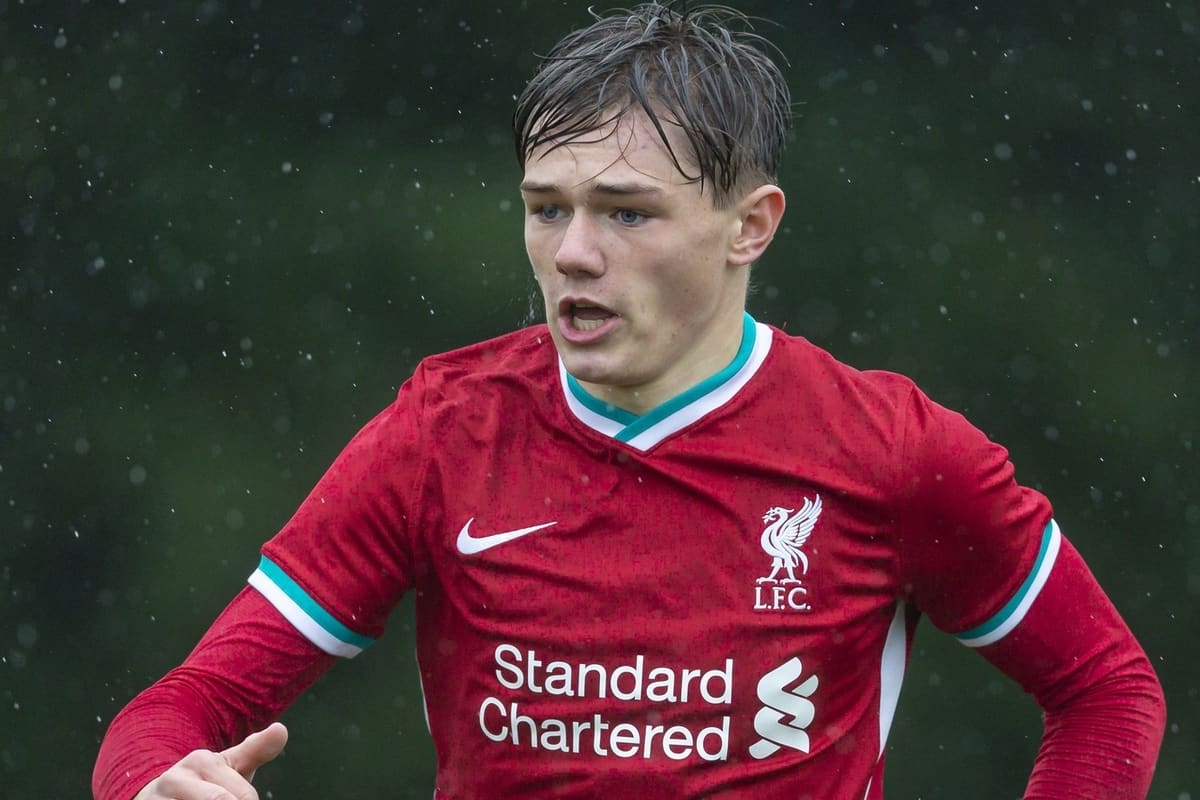 The Liverpool under-18s made it back-to-back high-scoring wins as they sealed a 4-1 victory over Burnley on Tuesday, with 15-year-old Ethan Ennis among the scorers.

Fresh off the back of a 5-0 victory over Leeds at the end of November, the young Reds welcomed Burnley to Kirkby knowing that a win would take them top of the U18 Premier League.

Marc Bridge-Wilkinson made two changes to his side from last time out, with Layton Stewart the most notable absentee following his first start for the under-23s at the weekend.

Billy Koumetio and Oakley Cannonier came in, and both had scored within the first 20 minutes, with midfielder Dominic Corness the provider for both.

The impressive summer signing Mateusz Musialowski continued his fine run of form with his second goal in as many starts for the club just after the break, with the young Pole firing home following a pass from James Balagizi.

Both Max Woltman and Melkamu Frauendorf had previously gone close, and Cannonier had even hit the back of the net with another as the hour mark neared, only to be ruled out for offside. 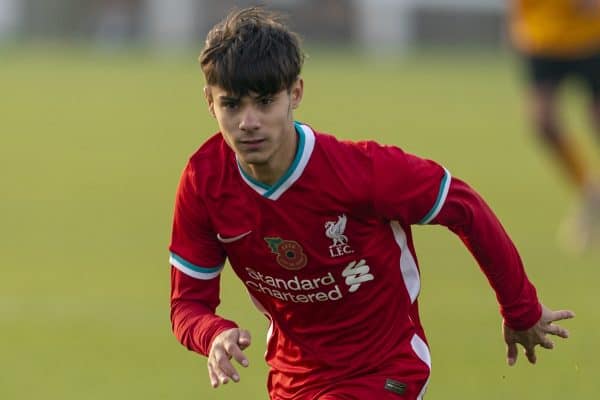 The youngster, who gained fame having handed Trent Alexander-Arnold the ball for his iconic corner against Barcelona, made way for Ennis soon after.

At just 15, Ennis is already making an impact in Bridge-Wilkinson’s side, and the young forward scored his second goal at U18 level in the closing minutes, heading in from Sean Wilson’s cross.

Marcelo Pitaluga was denied a clean sheet, however, as Sam Unwin netted for Burnley in injury time to serve as the only blot on Liverpool’s copybook.

The young Reds take top spot in the league with this win, and with a trip to second-placed Man United to come on Saturday morning, the pressure is on for them to make it their own.