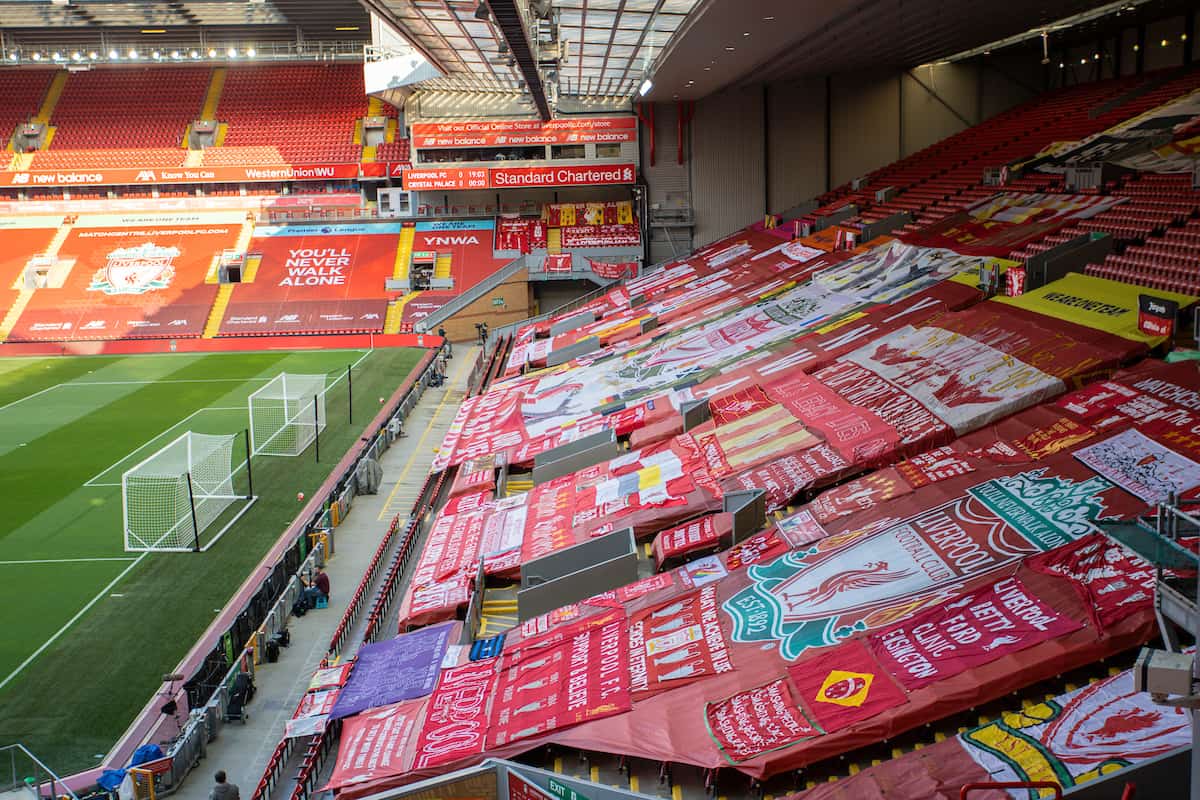 Liverpool are planning to seat supporters on the Kop as they welcome fans back to Anfield for the first time since March for Sunday’s Premier League clash with Wolves.

With Liverpool put into Tier 2 within the government’s new COVID-19 restrictions, up to 2,000 fans are permitted to attend games at Anfield for at least the next fortnight.

The first game since the lifting of the national lockdown comes with the visit of Wolves on December 6, and the club announced a local ballot for tickets for the Premier League game.

Those who were successful in the ballot were notified on Tuesday, and tickets will go on sale on Wednesday at 3pm until Thursday at 8am (all times GMT).

Liverpool have confirmed that general admission tickets, of which there are 1,500, will see supporters seated on the Kop and the Main Stand, with wheelchair bays and personal assistant seats on the Main Stand.

All seats will be spaced out in line with social distancing measures, and a health declaration will be required within 24 hours of kickoff.

To ensure further safety, all tickets will need to be shown via smartphone, while every supporter must bring photo ID to gain access to Anfield.

The prices for tickets are as follows:

More information on the ticket sale process and on attending Anfield for the game can be found on the club’s official website here.

Following Tuesday night’s 1-0 victory over Ajax in the Champions League, the banners and flags that have adorned the Kop during behind-closed-doors games were removed in preparation for the return of supporters.

It is a significant moment for the club, with the last time Liverpool played in front of fans at Anfield being the 3-2 defeat to Atletico Madrid in the same competition back in March.

That means it will have been 271 days since fans were able to attend the Reds’ home, and physio Chris Morgan underlined the importance of this development as he admitted “it really isn’t the same in there without fans”

274 days separate the last game I worked a game with fans in the stadium (@arsenal v West Ham) and the return of supporters on Sunday for the @LFC game with Wolves ?…I really hope that tonight is the last game we are alone..it really isn’t the same in there without fans ?? pic.twitter.com/BpSy0FSPG4

A Grounds Safety Advisory Group meeting is to be held on Wednesday afternoon to ratify each club’s plans to accommodate supporters, but there is not expected to be any issue.