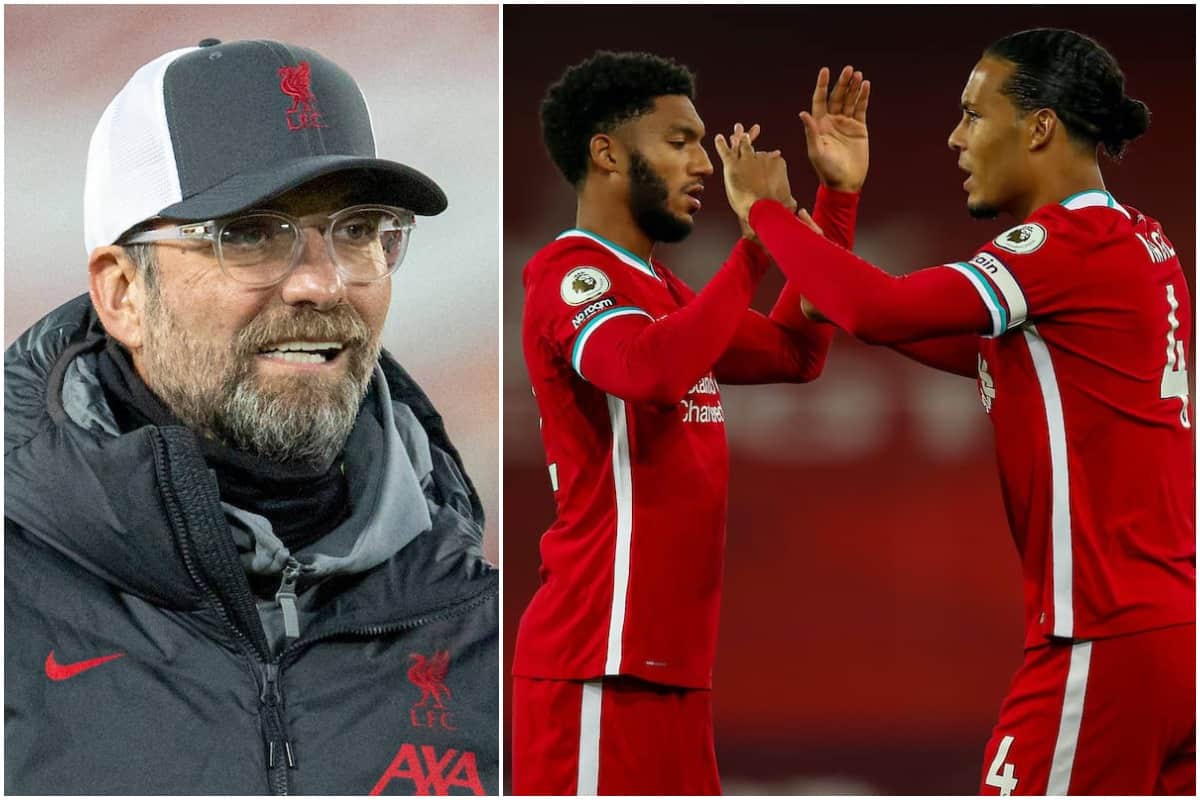 Liverpool continue to look to Germany for potential recruits according to the latest rumour, which sees RB Leipzig defender Ibrahima Konate linked with the Reds.

It’s usually his partner in crime which sees his name stirred up in conjunction with a big-money Premier League move, with Dayot Upamecano linked with Liverpool, Man City and just about every other team who needs a defender over the last year.

He carries a release clause in his Leipzig contract which comes into play next summer – but now it’s Konate who is also interesting Michael Edwards and Jurgen Klopp.

That’s according to prolific rumour-rater Christian Falk, the head of football at Sport Bild in Germany.

He says it’s “true” that the Reds are keen on both Leipzig centre-backs, with gossip columns continuing to speculate that we’ll sign a new face in January to make up for the injuries to Joe Gomez and Virgil van Dijk.

“Liverpool have also Ibrahima Konate (21, contract til 2023) beside Dayot Upamecano (22) on their list for the defense [sic],” Falk said.

Konate missed much of last term through injury but is extremely highly rated and has played every game in the Champions League this season, as well as gradually playing more frequently in the Bundesliga.

A France U21 international, Konate joined Leipzig from Sochaux in 2017 after only a handful of senior appearances as a teenager and was particularly impressive in the 2018/19 campaign.

Like his team-mate with a somewhat bigger reputation, Upamecano, Konate has been linked with much of Europe already and has many of the attributes which make Virgil van Dijk so admired: good one-on-one capacity, recovery pace, aerial prowess and an excellent passing range.

He usually plays on the right side of the centre-backs when alongside Upamecano.

Ralf Rangnick noted Konate would be good enough to “play for Barcelona or Real Madrid” back when he joined the German club, while Robert Lewandowski has also previously praised him as a difficult opponent.