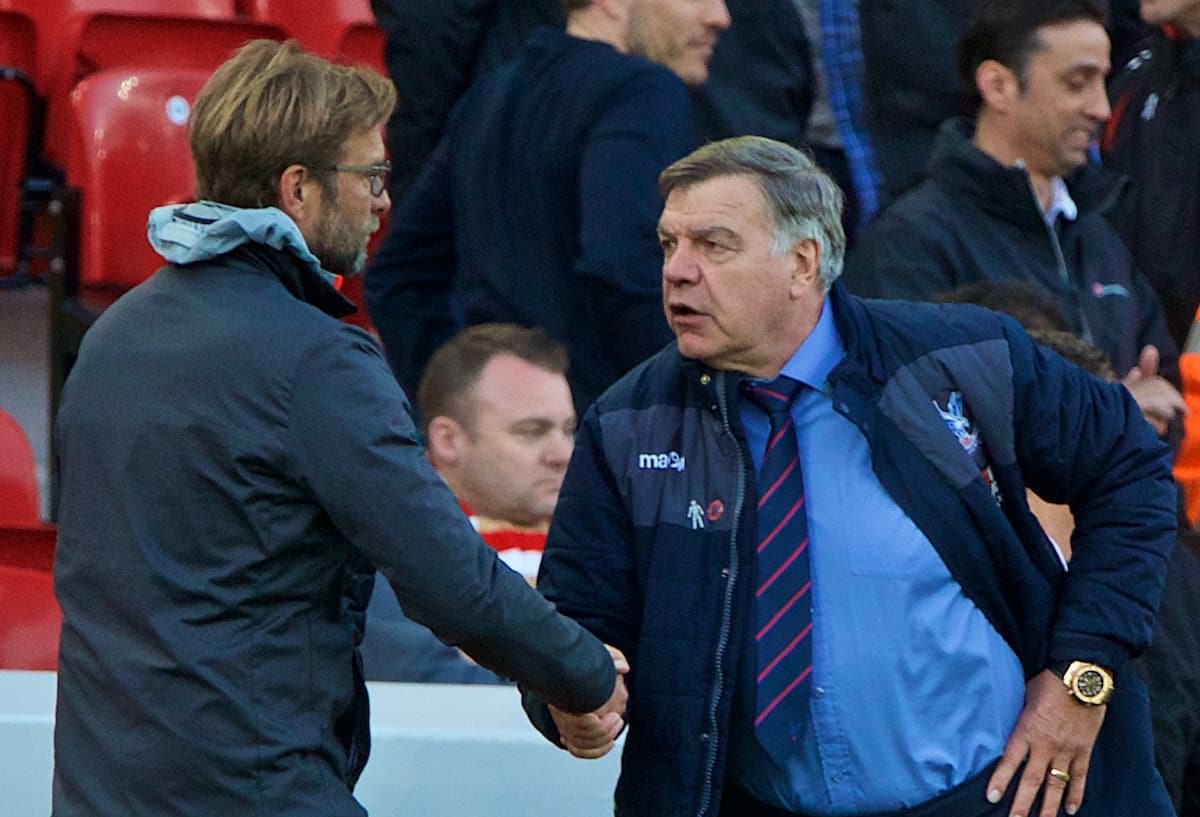 Sam Allardyce is aiming to hand Liverpool a late Christmas gift in the form of a frustrating afternoon at Anfield as West Brom look to cause an upset.

Allardyce is back in the Premier League after taking the helm following Slaven Bilic’s departure earlier this month as the Baggies sit firmly in the relegation zone.

They are 24 points adrift of Liverpool at the top of the table having picked up just one victory so far in 2020/21, and they will hope Allardyce can summon ghosts of the past at Anfield.

He was, of course, the last manager to taste a league victory against Liverpool at Anfield with Crystal Palace back in 2017, a springboard for a 66-game unbeaten run.

While only having been in charge for over a week, West Brom will no doubt look to be physical, direct and take on a more defence-minded approach against the Reds, a tactic which Allardyce is hoping will “frustrate” the home side.

“Let’s try as best as we can,” Allardyce told reporters. “I’m not saying we’re likely to win with the record they have got at home in the Premier League, but we have to try and get a result.

“If we go there and get a win, which can happen at any time and any place in this league, it would be a wonderful achievement by the players.

“When you play against the top teams in this division like Liverpool, any points gained are seen as bonus points.

“Our points need to be gained against the sides in the bottom eight.

“If we can beat the teams in the bottom eight of the Premier League, then I think we’ll have a chance of staying up.

“I want us to be a lot more defensively sound. If you can start getting clean sheets, then it means you only need one goal to win a game. At the moment we’d need two or three to win a game.

“If you open up yourself too much against Liverpool they will just play through you. They have players who can score all types of goals. We need to try and be as solid as possible.

“If we stick together in possession and out of possession, then we may just be able to frustrate Liverpool.” 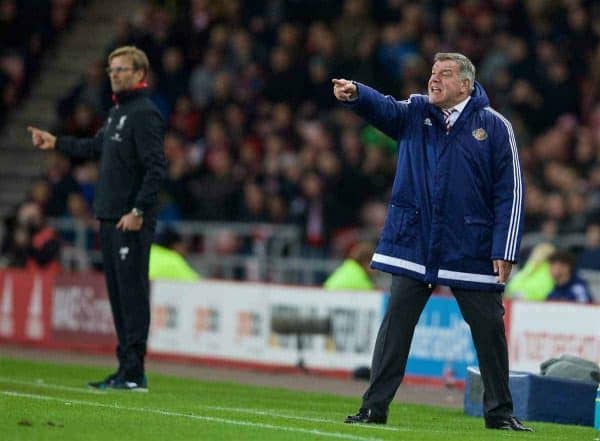 The game will be the seventh meeting between Jurgen Klopp and Allardyce and while they have traded barbs in the past, the Baggies boss was full of praise for the German following on from his FIFA men’s coach of the year award.

He said of Klopp: “I heard him say the other day, which was a real positive for his back-room team – he said am I the best coach in the world? No. Have I got the best coaches? Yes.

“That’s a massive, massive boost for the people who work behind Jurgen Klopp. It shows just how much respect he has for them and how they’ve helped him to achieve as much as he has done with the players.

“That’s exactly the route I try and employ, somebody who is much better at that particular job than I am, and hope it works.

“Jurgen’s charisma, and his love for Liverpool and the club, has paid off 1000 percent and he deserves all the credit he gets at this moment in time.”