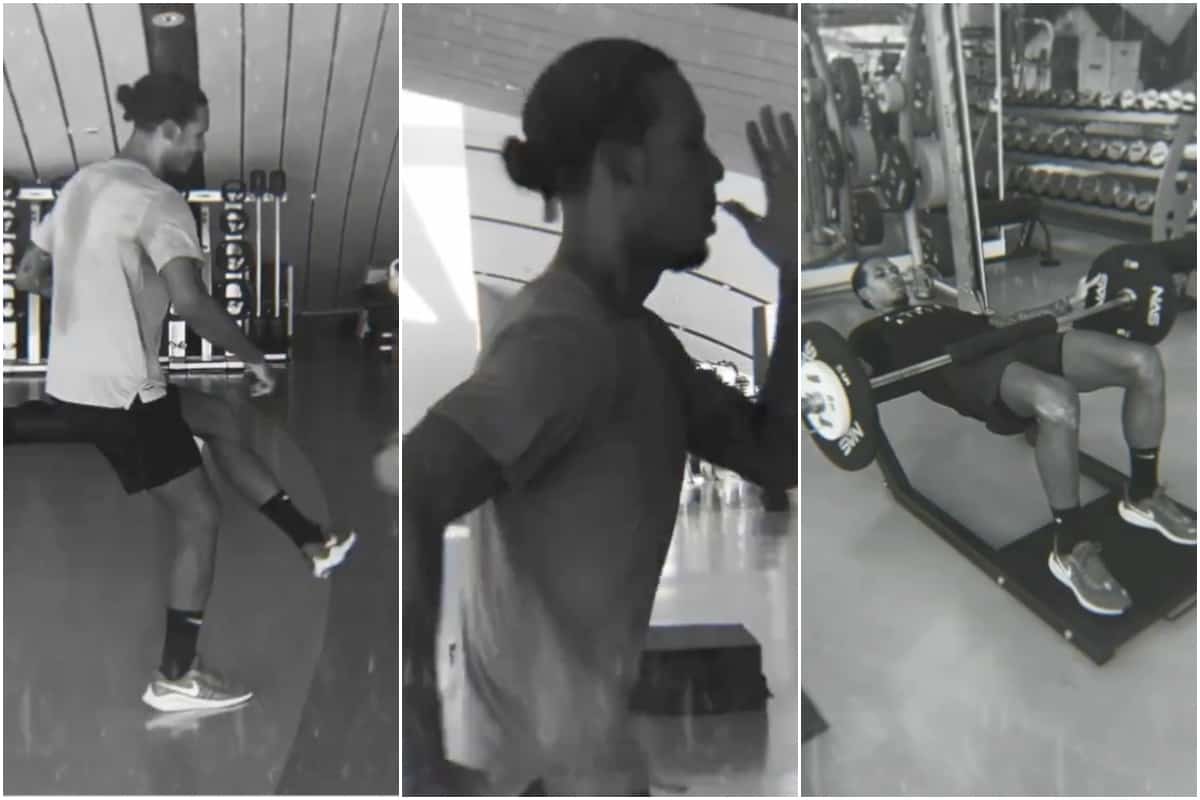 Virgil van Dijk has shared the latest update on his recovery from a long-term knee injury, with the Liverpool defender back working with a ball during a break in Dubai.

Van Dijk is currently continuing his rehabilitation in Dubai’s Sports City as part of a warm-weather break for the No. 4.

Having taken advantage of Liverpool’s new facilities at Kirkby earlier in the month, the Dutchman is amping up his workload having started working with a ball again.

In a video shared by Van Dijk on Twitter, he wrote that he is taking things “step by step,” with a series of exercises including keepy-ups, simple passing drills and working with weights in the gym.

Just under two months after undergoing surgery to repair the damage suffered due to Jordan Pickford’s reckless challenge in the Merseyside derby, this represents a big step for Van Dijk.

It should be stressed that the work he is performing is minor, but that he is already able to kick a ball and is increasing his resistance work is hugely encouraging.

Following Van Dijk’s successful surgery, Jurgen Klopp described him as a “quick healer” and a “pain-coper,” saying that “all these things will help.”

The club have been keen to not put a timeframe on his return, though, with Klopp reiterating last week that it is a “very, very long-term injury” and that “it will take time, but he makes the steps he can make in the moment.”

Van Dijk was also pictured with the chef Nusret Gokce, otherwise known as Salt Bae, on a visit to his restaurant Nusr-Et earlier this month, as he combines work with pleasure in Dubai.

The focus will be on improving his fitness ahead of a possible return to training with Liverpool before the end of the season, though it remains unlikely he will play again in 2020/21.

There is a possibility that, if he is able to rejoin full training at Kirkby, Van Dijk could turn out for the under-23s to build his fitness, but the club will be reluctant to take any risks.