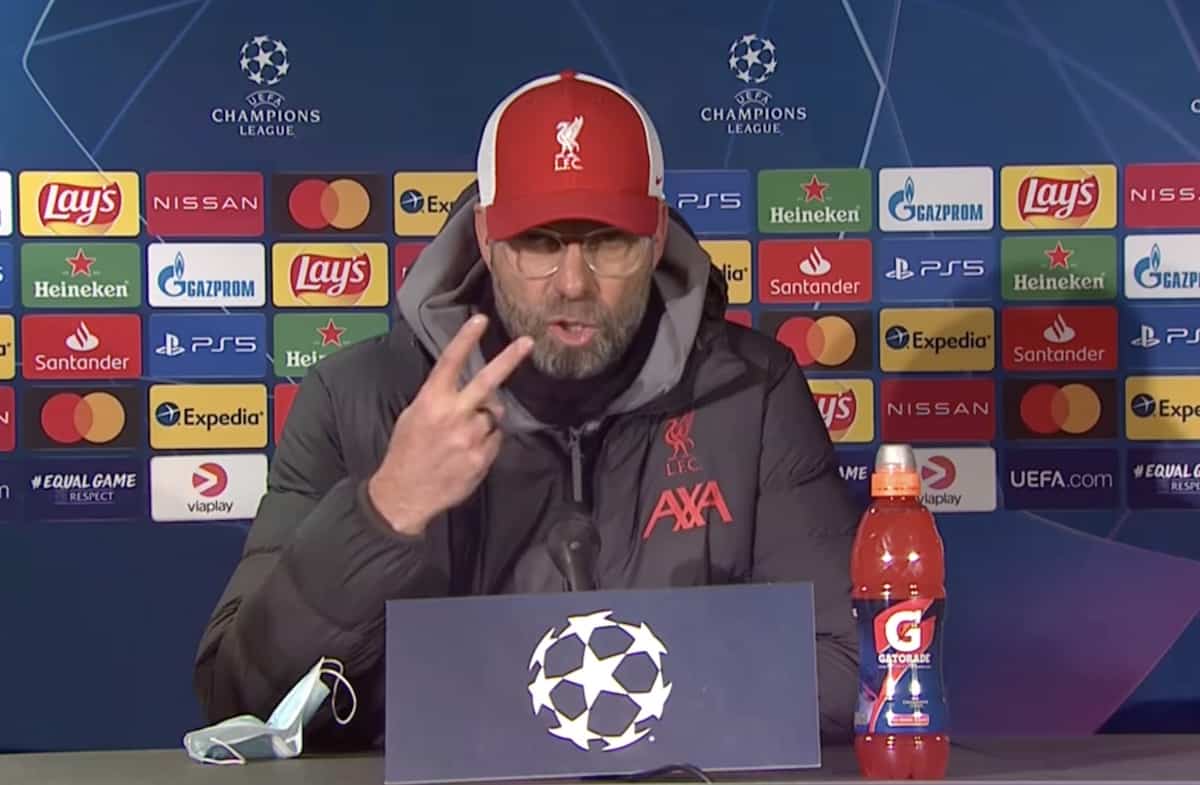 Jurgen Klopp defended his decision to play a number of his senior figures in the 1-1 draw at Midtjylland as he lauded the influence of the club’s youngsters.

The Reds made their way to Denmark in the knowledge that there was no pressure on the result with qualification for the knockout stages already secured.

Many had expected a side bursting with youth and those on the fringe, and while it certainly had just that it was also one which boasted the likes of Fabinho, Mohamed Salah and Diogo Jota from the off.

While Jordan Henderson, Roberto Firmino, Andy Robertson and Sadio Mane all came off the bench as Liverpool were held to a draw, decisions the manager defended as he sought both balance and the need to manage minutes.

The outing did, however, mark a Champions League debut for Leighton Clarkson and Billy Koumetio – with the latter a second-half substitute as the club’s youngest ever player to feature in the European Cup at 18 years and 25 days.

The pair were praised by Klopp who also insisted there remains plenty of room for improvement as he looks to ensure it is not their first and only appearance in the competition.

“You can make changes but you need a few key positions. That’s why Fabinho played 45 minutes. In midfield would have been Naby, he just needs to get minutes,” Klopp told reporters post-match. 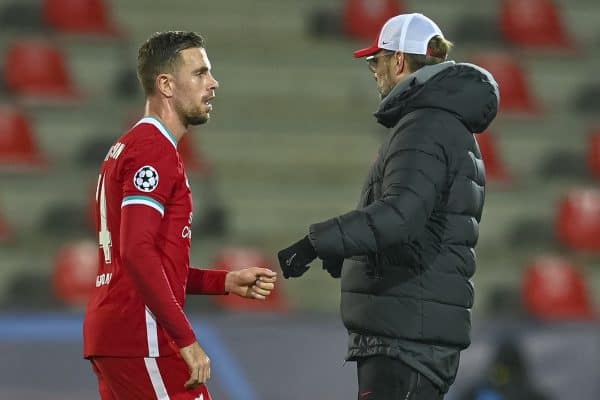 “And the decision for Mo, he looked fine and that’s why we didn’t take him off. He had no issues. Others it’s really difficult after a long time without 90 minutes.

“We let them [Clarkson and Koumetio] have the experience without making it too big. A wonderful thing to have first Champions League game but a career is about how many.

“Both boys have a lot to learn but they are really skilled. They helped us a lot as we could rest other players. It was a big night for both. I’m thankful they’re already as good as they are.”

After Salah’s opener, Liverpool were in control for much of the opening half but it was a different story following the break and it was one where the Reds “didn’t play good football.”

It was also one defined by the intervention of VAR, which left many bemused and Klopp to later express that he was changing his mind on if the technology is “a good idea.”

He certainly is not alone in that view and here’s hoping a Premier League weekend can pass without controversy as Liverpool meet Fulham on Sunday afternoon.