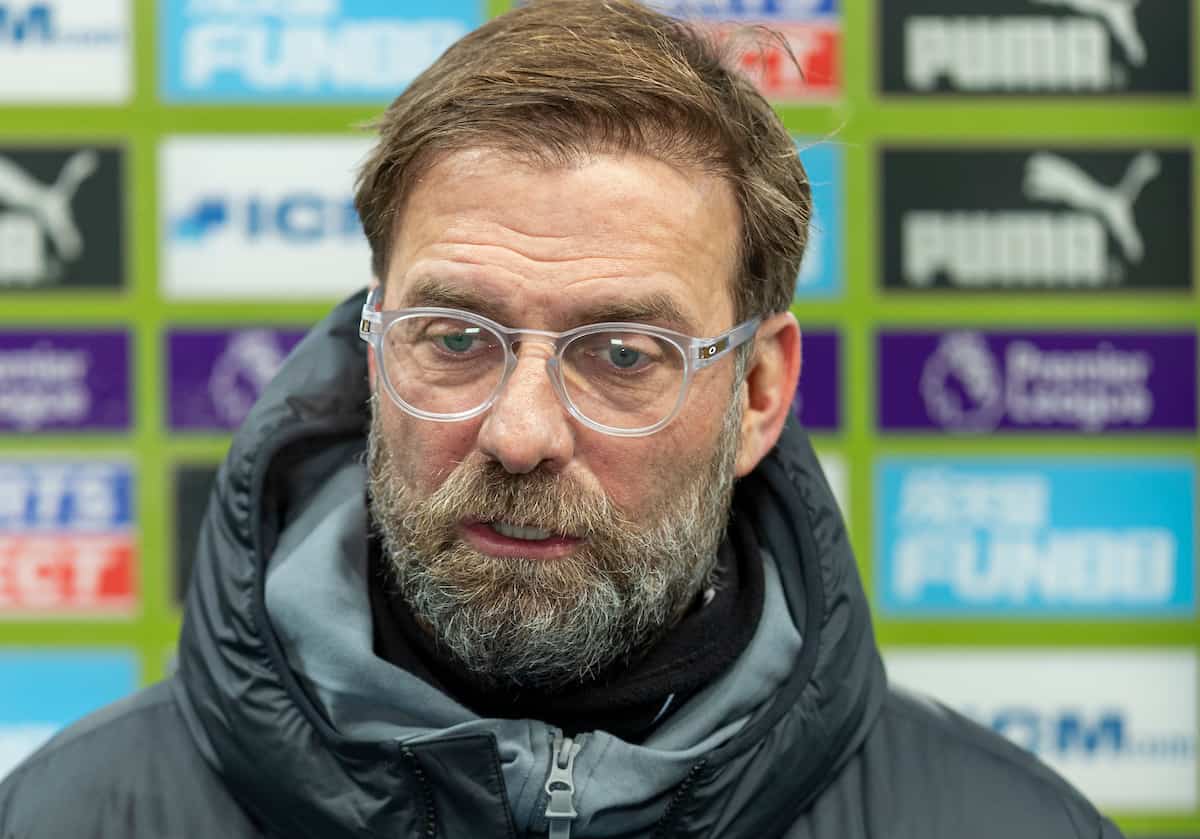 Jurgen Klopp was in a reflective mood as Liverpool ended 2020 where they started it, top of the Premier League – but after having dropped two points away to Newcastle.

For the second game in a row the Reds dominated but were unable to take their chances, and were made to pay as Newcastle held on for a 0-0 draw at St James’ Park.

Mohamed Salah and Roberto Firmino had the best of the openings on the night, but an inspired performance from Karl Darlow kept the Magpies in the game and picked up a vital point for Steve Bruce’s side.

Klopp rued the squandering of big chances as he addressed reporters after the game, before stressing that he “can work with this performance” despite two points dropped.

“We can build on that, we don’t have to now change massively in the next three or four days and say, ‘OK everything is going wrong, we have to try to compete another way.’ That’s why I’m OK, that’s it.” 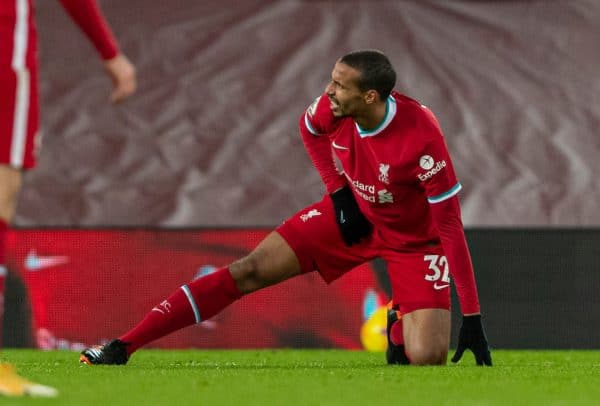 The manager also provided an update on the adductor strain Joel Matip suffered in Sunday’s 1-1 draw with West Brom, ruling the centre-back out for “about three weeks,” which could see him miss up to six games.

For Klopp, the “best news tonight” was the return of Thiago and Xherdan Shaqiri from injury, and looking ahead to the trip to Southampton on January 4 he expects “the same squad” to be available at St Mary’s.

After two successive draws, though, he will be hoping for a more comprehensive display – and a result to match – to kick off the new year.