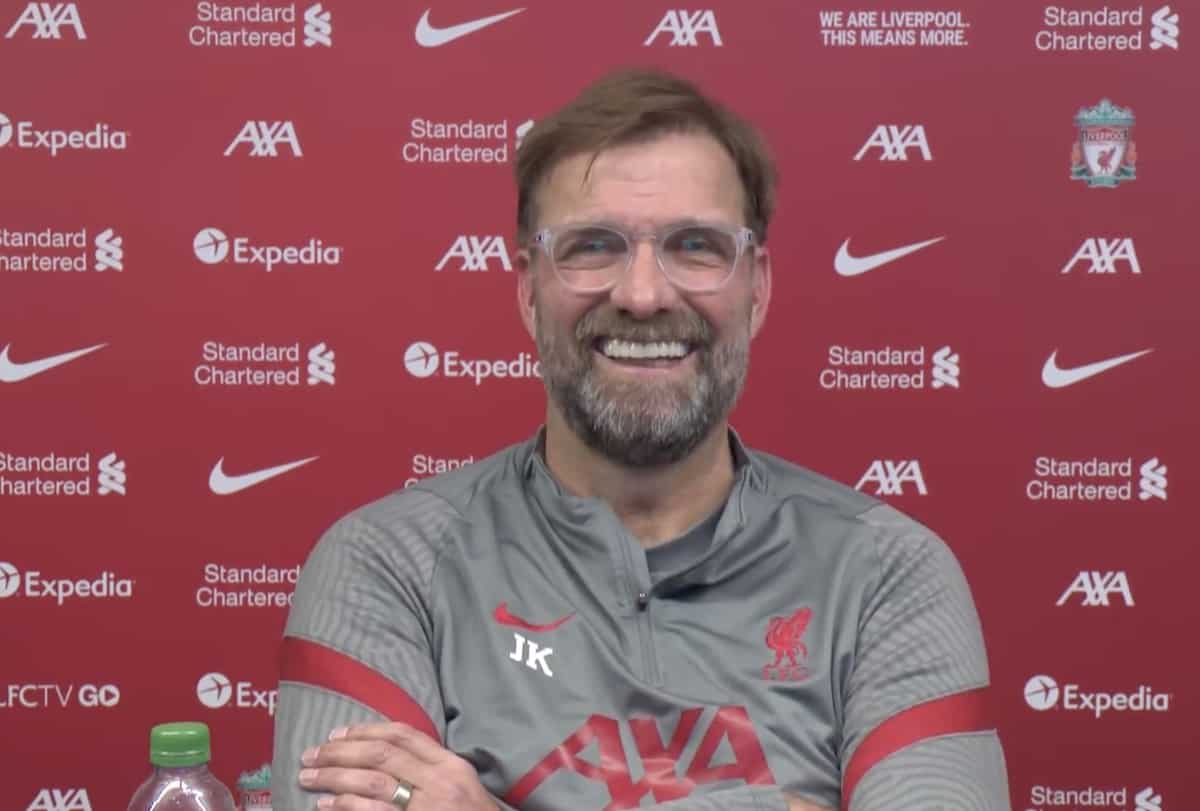 Jurgen Klopp says Liverpool face another tough task this weekend as they look to beat Wolves at home and is hopeful of welcoming two faces back into the squad.

The Reds come into the game on the back of qualifying for the Champions League last 16, with an unusually long break of five days since that game.

Last time out in the Premier League it was frustration for Liverpool, with a 1-1 draw at Brighton after a late penalty after a VAR intervention – but the victory over Ajax in midweek swept away any lingering negativity.

Caoimhin Kelleher impressed in his European debut, keeping a clean sheet, and Klopp says the Irish goalkeeper will prepare in the same manner for this fixture where Alisson is likely to remain sidelined.

“He looked good but he’s a very calm person and he will not be flying all week, he’s a hard worker and there’s no doubt he’ll deal with the fuss around him really well,” the boss told reporters.

“It was a big call to throw him in for that game but thank god it worked out, it’s not always the case and it doesn’t make the players worse, it’s just the wrong timing of the manager. For him it was good and now we’ll see how we carry on.”

On Wolves themselves, the boss knows it’s a difficult game against a side still aiming for European football next season.

They will be without star striker Raul Jimenez, but with the likes of Daniel Podence, Adama Traore and Pedro Neto they retain plenty of attacking threat.

The Reds have gone 64 home games without defeat, an all-time club record, and the aim now is to extend that with another three points to keep on the pressure at the top of the table.