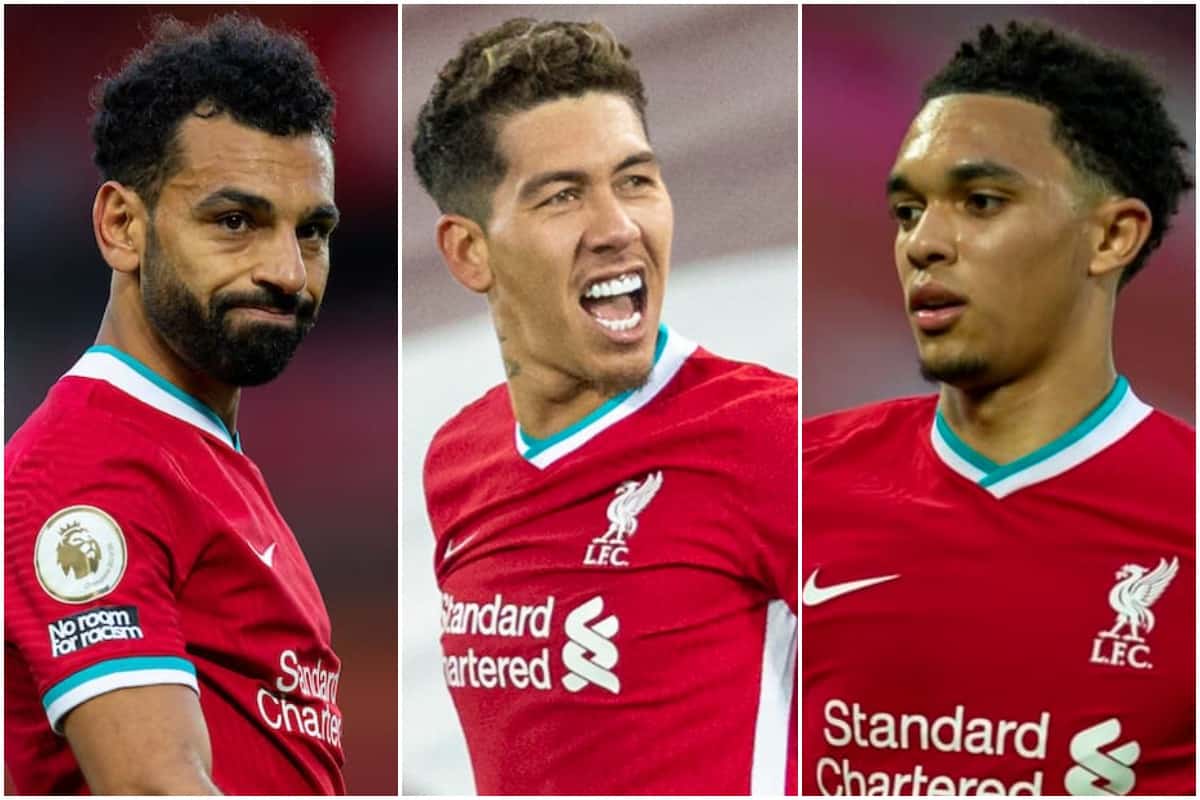 Liverpool are going through a tough run of form and results, but there’s a gap now before an FA Cup match and the next Premier League game, which may offer room for reassessment.

Also, it should give a few players a chance for recovery, finding fitness and freshness, and allow the coaches time to plan and implement a process to find a return to top form.

For the supporters, it’s perhaps time to look back on what has been achieved by the team and remain excited by the possibilities yet ahead…but also probably to take in what has been a completely bizarre season by any standards.

We’ve taken a look around and picked out five stats from the season so far which might not yield the expected outcomes based on general perception and especially recent results.

Pressing from the front

Liverpool don’t seem to have been pressing anywhere near as much as usual this season, which isn’t a surprise.

Fitness levels are down, match schedules are up, there was no pre-season, games have no atmosphere to spark players into extra energy…it’s a mess of a campaign, in truth.

But that’s true across the board and across of most of Europe’s top five leagues – almost every side is down on their usual press-rate.

And yet, Liverpool are still one of the most effective: among the big five leagues of Premier League, Serie A, LaLiga, Bundesliga and Ligue 1, the Reds rank second for pressures in the attacking third of the pitch (701), behind only Eibar (704).

The next vaguely-title contender in the Premier League in that list is Chelsea who are 23rd (528), with Man United 28th (522) and everyone else outside the top 30.

As a result, he sees a lot of the ball, is often marked by two or three opposition defenders and has pace, skill and a desire to dribble.

You might expect then, that he earns quite a few free-kicks along the way…but you’d be wrong.

Despite similar-style Sadio Mane on the opposite side being fouled (or rather, having seen fouls given for challenges on him) 42 times this season in 16 games, Salah is nowhere close.

Salah ranks 114th, having seen the whistle go in his favour just 11 times all season from 16 games or 1351 minutes. That’s once every 123 minutes and the same number of free-kicks earned as centre-backs Lewis Dunk and Wes Fofana, or slightly fewer than squad member wide forwards Lucas Moura (12 in 459 minutes) and Marc Albrighton (12 in 701 minutes).

In fact, as a team, Liverpool receive far fewer free-kicks from referees than other teams: the Reds average 8.8 fouls on players per game this season, which is lower than every other team in the league other than Sheffield United (7.4).

Joe Gomez: Our most frequent CB

Incredibly, Joe Gomez remains the Liverpool centre-back with the most minutes on the pitch this season, and will still be so for at least a few more games.

The English defender has been out of action since the November international break and probably won’t play again this season, having missed the last 12 matches, yet his 979 minutes on the pitch this term still ranks top for any Reds centre-back.

Virgil van Dijk played 567 minutes before his own season-ending injury, while youngsters Nat Phillips (270) and Rhys Williams (630) have split game time between them as and when needed. Fabinho (1710) is of course higher, but he’s there out of necessity, not normality.

But Gomez’s status as most frequent centre-back is a damning indictment of Joel Matip‘s fragility once again, with the former Cameroon international having only racked up 731 minutes on the pitch despite being the only ‘available’ central defender in the last two months.

Of those dozen games since Gomez got injured, Matip has played seven. Our No. 32 has been unavailable for more league games this season than he has played, even counting his one-minute sub appearance on the opening day.

One from the more advanced stats lists. In general terms, Liverpool’s goals – both for and against – have this season been around the expected level, in terms of the chances faced and shots taken.

Using Understat’s expected goals formula, we can see the Reds are only marginally outscoring their xG (around three or four additional goals scored) and are near-neutral on xGA.

Usually over the season, better attacking teams would outscore their xG by more – the Reds did by 9.8 goals last year, for example. So despite the recent apprehension in front of goal, we can expect to revert to a more clinical edge over the rest of the season.

And, if we take all teams’ expected goals for and against from each individual game, and translate those into expected points earned for performances so far…the Reds are still top, and have a one-point lead – over Man City, not United.

They are overachieving at present by a massive six points, hinting at a difficulty to match that form over an entire campaign. Nothing conclusive, and the Reds still must arrest the current form drop which has seen our lead evaporate, but it’s always worth retaining the wider-lens view when going through sticky patches.

As an aside and an indication of the not-so-recent attacking malaise, since 22 November Liverpool have had just one game in eight with an xG of above 2.0, which was of course the 7-0 win over Palace. 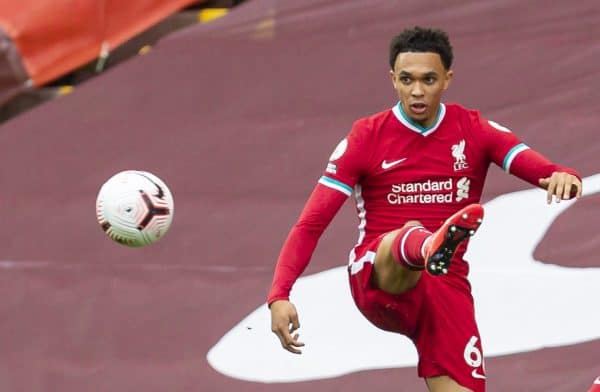 It’s not a surprise that Mo Salah has taken the most shots for the Reds this season.

It might be, though, that the player with the most shots from inside the six-yard box for the Reds this term is Roberto Firmino. Our No. 9 isn’t a typical one, so doesn’t always get in those positions, but his seven Premier League attempts from close range is ahead of Sadio Mane‘s five – and Salah hasn’t had one at all in the league from that zone.

At the other end of the scale, the player with the most shots from outside the penalty box is Trent Alexander-Arnold.

It’s not going too well so far; from 19 strikes from range (and 20 overall) our right-back has yet to score and has only hit the target three times.

Mane has had the most shots off target (18), Firmino has hit the woodwork the most (twice) and Salah has seen most efforts blocked (12) – so given these numbers and recent matches, we might need a few more hours having some shooting practice in training!