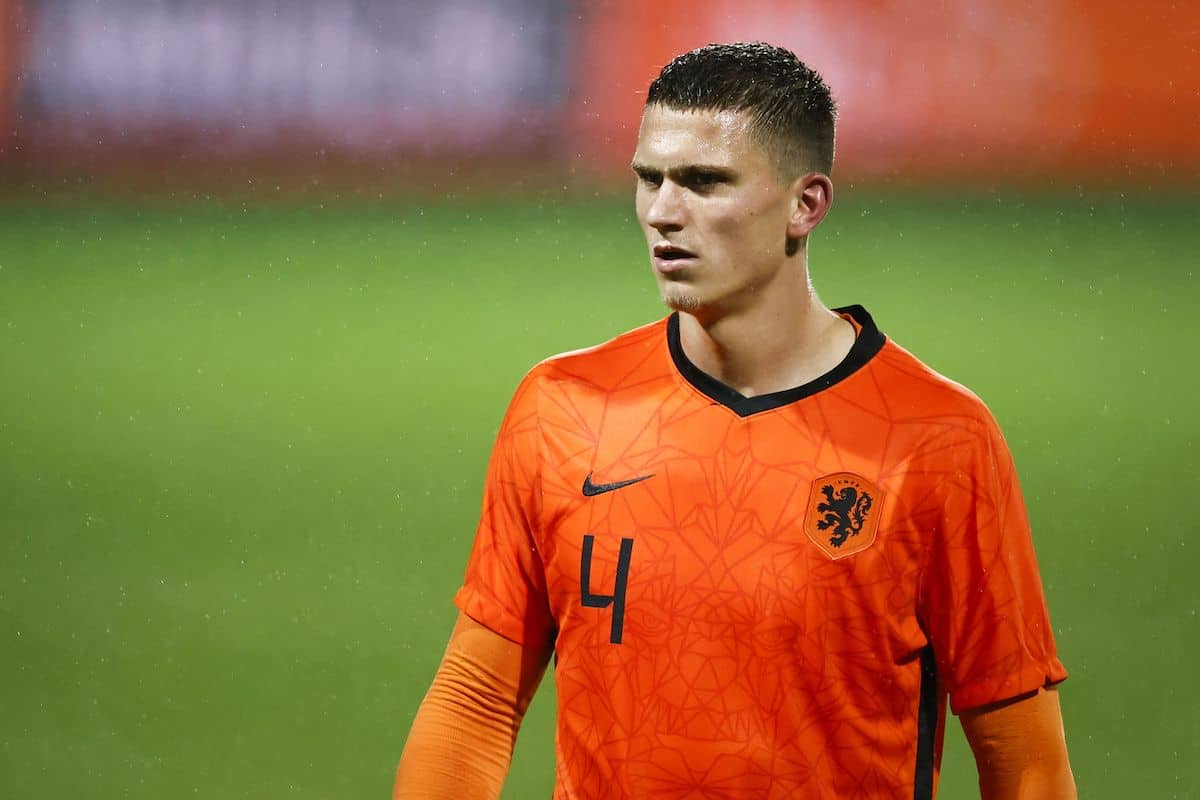 Liverpool fans’ anticipation of a possible deal for Lille centre-back Sven Botman increased on Friday, with a host of social media hints including one from Jose Fonte.

Fonte is Botman’s partner at the back for Lille, with the duo playing alongside one another 20 times since the Dutchman’s arrival last summer.

But with the Ligue 1 side in financial trouble, and Liverpool in need of a new centre-back, it has been claimed that Botman could make the switch to Anfield just five months after leaving Ajax.

In December, French outlet Foot Mercato claimed that the Reds had “expressed their interest” in the 20-year-old to his agent, describing Lille as a club where “you can do your shopping at a lower cost.”

For Botman, that cost is said to be around £27 million, which would be over three times the fee paid to bring him to Stade Pierre-Mauroy last July – though it is alleged Liverpool would have been willing to pay £44 million prior to learning of Lille’s plight.

Botman is not the only young centre-back linked with a move to Merseyside this month, with Torino’s Gleison Bremer, Schalke’s Ozan Kabak and RB Leipzig duo Dayot Upamecano and Ibrahima Konate all touted as targets.

But Virgil van Dijk and Gini Wijnaldum‘s countryman appears to be the one gaining the most traction, with a series of hints on social media suggesting a deal may be in the works.

Firstly, Botman’s agency, the Amsterdam-based Muy Manero, were seen to have ‘liked’ a number of posts linking their client with Liverpool on Instagram:

Looks like Sven Botman's agency liked couple of Instagram posts linking him with a move to Liverpool ?

This, of course, is no surprise, as any player’s agent would appreciate speculation over a big-money move to the Premier League and world champions.

But Botman himself added fuel to the fire as he shared a picture from a meeting with his agent on Friday, with some believing it was with a view to finalising the transfer:

Perhaps the biggest hint, however, came from Botman’s captain, Fonte, who was spotted responding to a comment on Instagram suggesting that he “might be losing another centre-back partner to the Premier League soon.”

Fonte previously played alongside both Van Dijk and Dejan Lovren at Southampton before their respective departures to Liverpool, as well as Gabriel prior to his exit to Arsenal in the summer.

The Portuguese liberated a catchphrase from DJ Khaled in his reply, writing “another one,” before adding that he was “always happy to help”:

Fonte’s comment could well have been tongue in cheek, toying with supporters clamouring for transfer news, but it is certainly interesting.

The speculation led to more spurious theories to develop, such as Botman’s recent trip to Dubai being linked with Van Dijk’s presence in the city, along with The Athletic’s James Pearce following the player and his agency on Instagram:

This is, by now, typical transfer window fare for Liverpool fans, with some taking to tracking flights across the world in recent years in a bid to predict moves to Anfield.

Some come to fruition, while most don’t, but the continued links with Botman are definitely worth keeping an eye on.