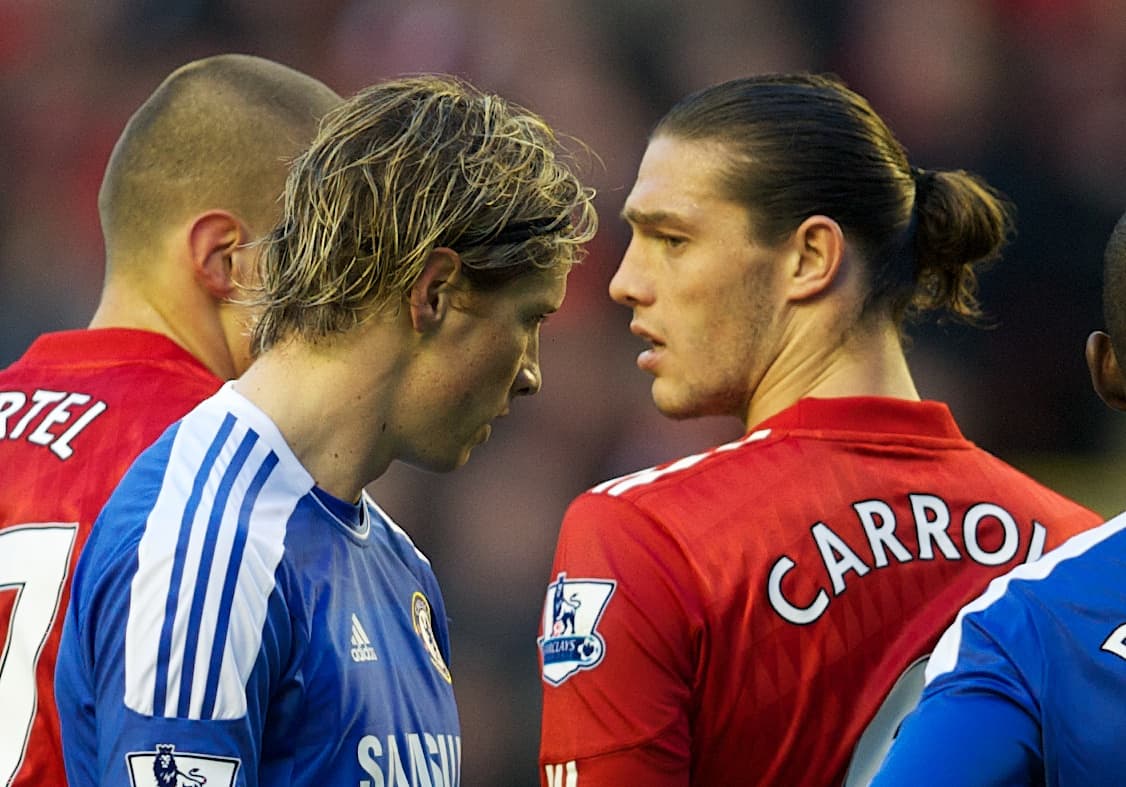 Merely 10 years ago this week Liverpool smashed the transfer record for a British player when signing Andy Carroll from Newcastle.

A decade on from a deadline day that gripped the nation, how do we reflect on both transfers? 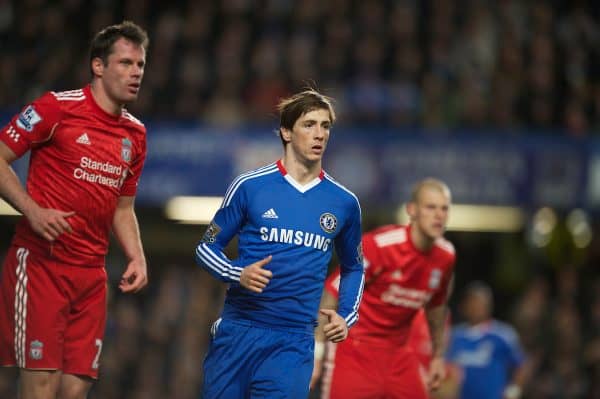 The Spaniard’s exit still rankles with a large number of Liverpool supporters for whom it represented a watershed. The darling of the Kop, Torres was hero-worshipped and held up as a poster boy for the modern era.

His working-class roots chimed with those of his adopted city, while the ‘You’ll Never Walk Alone’ scrawled on his captain’s armband whilst at Atletico Madrid suggested this was a match made in footballing heaven.

And for three seasons it was.

El Nino ripped up the Premier League, scoring 33 goals in a maiden campaign that included both eye-catching and iconic performances.

Whereas compatriot and namesake Fernando Morientes cowered at the physicality of the division, Torres thrived on the rough and tumble, giving as good as he got.

Those battling traits, paired with lightning pace and an unerring finishing ability gave the Reds an attacking dimension previously lacking under Rafa Benitez. Torres’ frightening partnership with a prime Steven Gerrard put them on the cusp of success.

By his second campaign, that combination had turned them into genuine title contenders. Indeed, were it not for the 14 games he missed through injury that term Liverpool may well have clinched a 19th crown.

Fitness issues carried into the following season, where Liverpool’s form nosedived. Despite his 22 goals in all competitions, Torres and his teammates limped into seventh place, a lowly finish that cost Benitez his job.

According to the player himself, a series of broken promises then brought about his eventual exit. Whether or not you accept his version of events, it’s clear Liverpool’s No. 9 had fallen out of love with the club.

Few working at Melwood were smiling under Roy Hodgson’s tenure, but Torres had a permanent scowl etched on his face and his commitment wavered.

Teammate Jamie Carragher lamented: “His attitude dropped alarmingly. You could tell from his body language in a pre-match warm-up what type of performance you were going to get. If Fernando was going through the motions, a few of us would look at each other and say: ‘Here we go again.’”

Flickers of the old Torres emerged once Kenny Dalglish succeeded Hodgson, but it proved only a brief rekindling.

However, it is dressed up Torres wanted to leave the club and his preferred destination dismayed Kopites. Chelsea, bankrolled by Russian billions, were seen as the antithesis of our club and its traditions. That someone we took to our hearts could abandon us was hard to swallow. That he would join them was sickening.

Heartbroken, fans of a certain generation swore never to invest so wholeheartedly in a player again. For them, Torres signalled the end of the innocence. 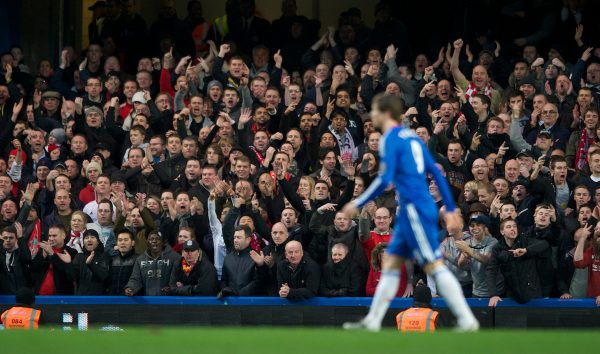 Even those of a neutral persuasion found it strange the Spaniard never afforded Dalglish at least one half-season, given the status of a man he claimed to look up to.

The prevailing mood was captured on a canvas displayed down Walton Breck Road months after. A picture of Torres, arms outstretched celebrating yet another Liverpool goal, was defaced with the word ‘JUDAS’. A false idol had been exposed.

History tells us the £50 million Liverpool banked for their wantaway striker was incredible business. Rushed back from a knee injury to feature in the 2010 World Cup, he was a shadow of his former self at Chelsea where, unlike at Liverpool, the team wasn’t geared to his strengths. The absence of Gerrard – chief supplier and talisman – also diminished his powers.

A losing debut, to Liverpool of all teams, was in many ways symbolic. Torres departed the action that day with a bruised ego and jaw, the second courtesy of a Daniel Agger elbow to the face.

His ambition for medals was fulfilled at Chelsea but as a bit-part player. Having notched 81 goals in 142 Liverpool appearances, he managed just 45 in 172 in West London.

His recent documentary, The Last Symbol, is a fascinating watch and depicts a man that feels a spiritual link to his hometown club. Having found a similar connection in Liverpool, he was perhaps guilty in thinking that was replicable anywhere when in fact, it’s incredibly rare. 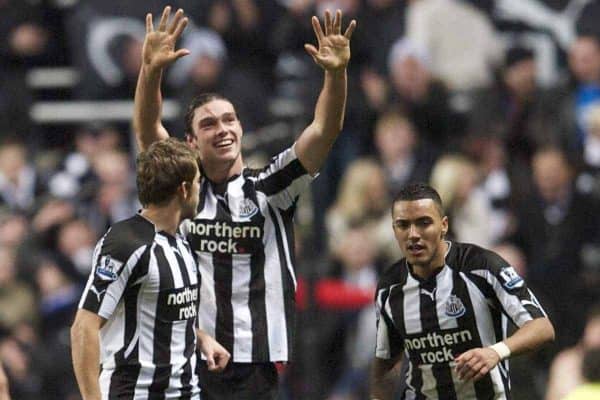 There is a strong case to be made that Andy Carroll is the strangest transfer in Liverpool history, stranger even than the arrivals of Steven Caulker and Sean Dundee.

As Sky Sports’ yellow news ticker went into overdrive that January 31, 10 years ago, pundits were left pondering why Liverpool continued to push so hard for a player who had just 14 Premier League goals to his name.

While some reasoned his aerial prowess would allow Dalglish to replicate his tactical setup at Blackburn, one that reaped Premier League rewards, others feared desperation was at play.

Insiders claim owner John Henry was happy with any outlay provided he made £15m profit from these two deals. The £50m offered by Chelsea was public knowledge, allowing Newcastle to play hardball.

As it was, the Reds continued to submit bids throughout the day until the magic £35m ceiling was hit, a British record that stunned anyone who had watched a cumbersome Carroll.

It has since emerged that the player himself was reluctant to move. A 22-year-old happy in his home city, he had to be talked into the transfer by captain Kevin Nolan, no doubt at the behest of an excited Mike Ashley set to pocket a small fortune. 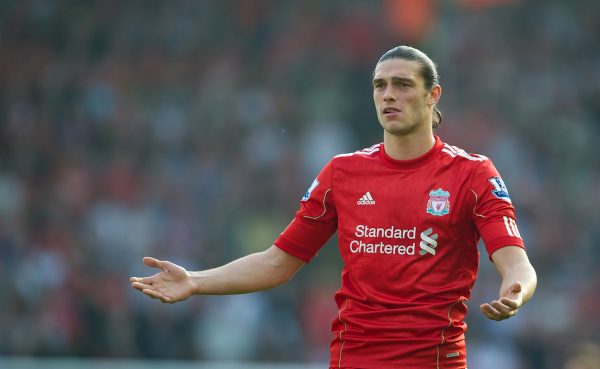 A back injury, allegedly sustained falling from a bar stool, was not enough to scupper a medical (as Carroll hoped) but did delay his debut.

That came in March as a substitute against Manchester United. Carroll’s first touch saw the ball bounce off him. An inauspicious start indeed.

An impressive double against Manchester City a month later suggested better things were to come but high points were few and far between.

‘Big Caz’ is probably best remembered for his FA Cup heroics. He sparked delirium among the 45,000 reds packed into Wembley with a stoppage time winner against Everton in the 2012 semi-final. The result was made all the sweeter given the over confidence of Evertonians’s heading into the game.

Despite being left out of the final itself he came on and single-handedly dragged Liverpool back into the game against Chelsea. Having already halved the arrears, he powered a late header goal wards with minutes to spare, only to see Petr Cech claw it to safety. Replays suggested the effort was over the line but goal line technology was still a season away to provide a definitive answer. Liverpool lost the final and Carroll lost his chance to kick on. 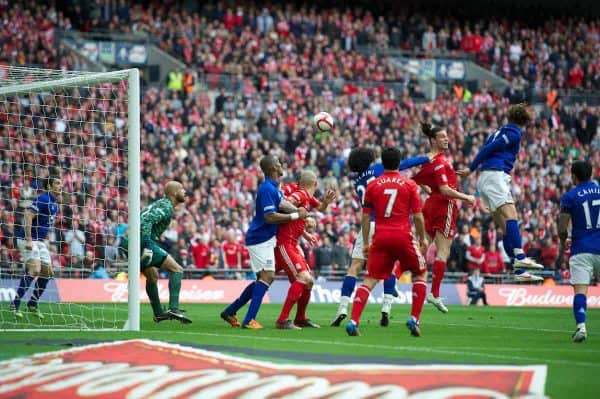 For Brendan Rodgers replaced Kenny Dalglish that summer and immediately declared Carroll a stylistic misfit. He was shipped out to West Ham, first on loan and then as a permanent transfer. The Reds recouped £18m.

His has been a career decimated by injury ever since. In the nine years since leaving Liverpool, Carroll has made just 156 league appearances – averaging out as roughly 17 a season.

While it could be argued his Reds career was curtailed just as he was beginning to hit his stride the reality is was never good enough for a side aspiring to compete for titles. A fit and firing Carroll would get nowhere near a Jurgen Klopp side. 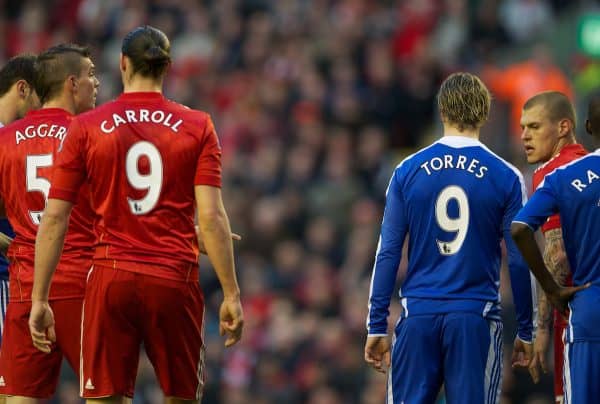 But was this infamous transfer as bad as some make out? Far from it.

Firstly, that Everton header has gone down in folklore and to many justified every penny of the £35m spent.

More importantly however this deal prompted FSG to change tact on transfers, paving the way for a more strategic approach based not just on footballing ability but background and personality.

The striker inadvertently became a reference point for future business – a case study in how not to do things. His is a reason the Reds will seldom compromise on a priority target nor be forced into late deals. Having been burnt so spectacularly in 2011, lessons have been learned.

Granted, this arrangement only works when all parties are on board. Rodgers was suspicious of the ‘transfer committee’ model from the outset – hence a handful of flops post Carroll’s departure. By contrast Klopp has bought into the power of the collective and the advantage data analysis can bring.

The modern Liverpool, one that would end an arduous wait for the title, was born from the ashes of the 2011 transfer windows.

Reflecting on that dramatic day ten years ago it’s still fair to conclude that Liverpool got the better deal. Torres was sold for a British record fee, one many at the club were jubilant at given his waning powers. And while Carroll was far from a roaring success, it mattered little given the impact of another signing made earlier that day.

Because while supporters and media alike were gripped by the spectacle of the Torres-Carroll drama, a certain Uruguayan was ushered into Melwood with next to no fanfare. He was Liverpool’s ace card, one that would eclipse both the departing and incoming No. 9s.