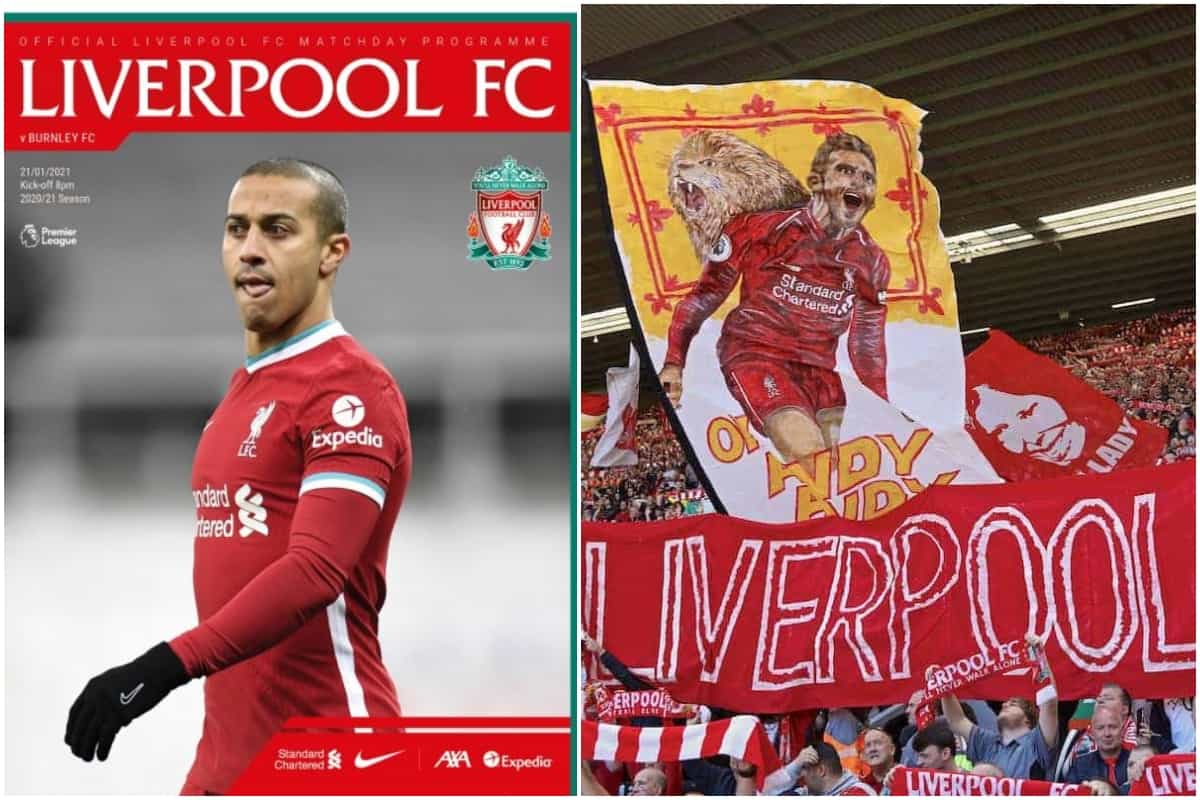 We can’t be at Anfield tonight, but you can listen to the sounds that legendary Anfield stadium announcer George Sephton would be playing out pre-match.

The Voice of Anfield, George has been playing the tunes that get the crowd warmed up at Anfield for 50 years.

We’ve teamed up with KopConnect Radio to give you a small taste of being at the home of Liverpool as they prepare for a match, while in the comfort of your own home.

George and host Marc Kenny briefly chat about the game ahead, but it’s really about the tunes that George would be playing if you were at Anfield tonight – selecting some that would get you warmed up on a cold Thursday night in January!

It’s an eclectic mix for this one, featuring local artists Joe Symes and Jamie Webster. Listen to the show below now:

One track George picks out is a classic from James, with Sit Down being the soundtrack for a Mohamed Salah song sung by the Kop.