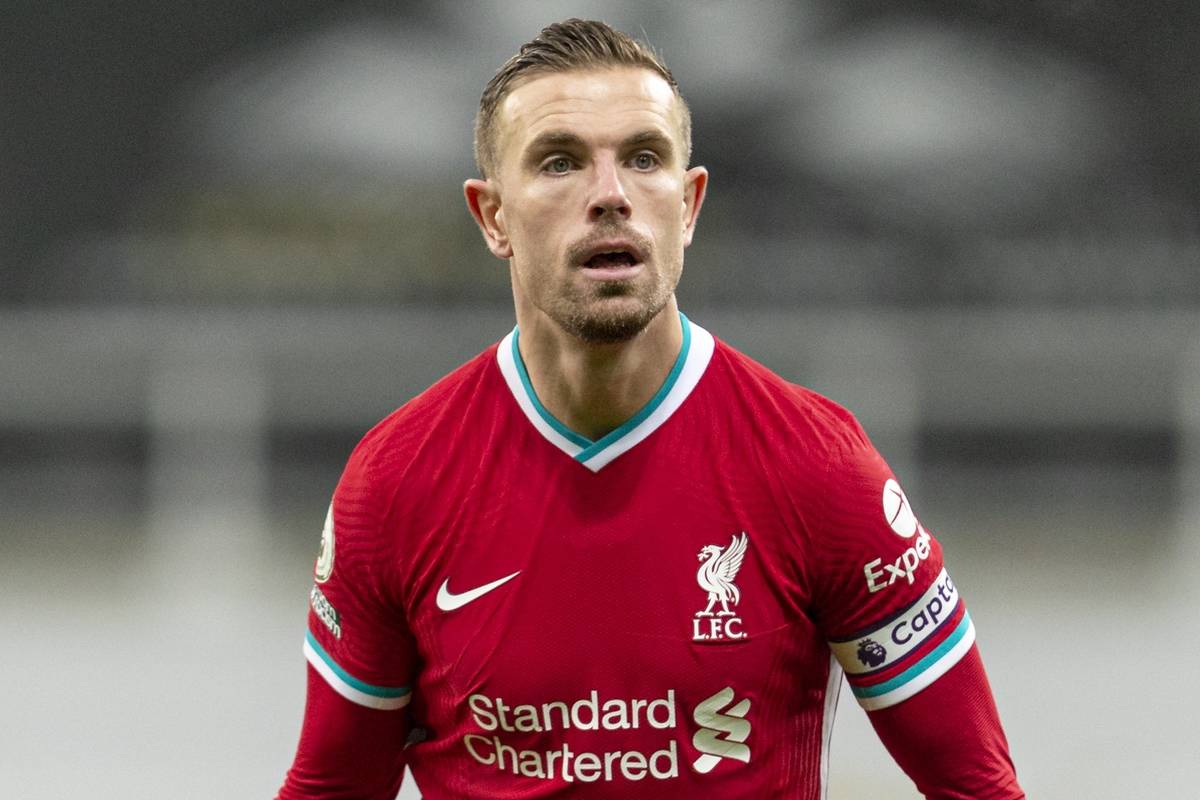 Liverpool need to right the ship and their next opportunity to do so comes at Tottenham, where the inclusion of Jordan Henderson could hold the key.

The Reds’ tumultuous run of results continued over the weekend as they tasted their third defeat in the last five outings, but, thankfully, they were able to find the net.

But without a goal in the Premier League since December 27, Liverpool need to end the drought when they meet Tottenham on Thursday evening.

With the gap at the top growing by the matchday, Jurgen Klopp‘s side need to kick into gear and there is no better time than against Jose Mourinho’s men – ensuring they too do not leapfrog the Reds in the table.

The availability of the captain and Joel Matip would provide the manager with a timely boost to his options and could prove vital to the result.

After missing the last two games with a groin issue, Henderson’s fitness was the main concern heading into the clash.

His leadership was sorely missed and speaking in his pre-match press conference, Klopp eased concerns as he revealed his captain trained with the team on Tuesday.

“Like always we these things we have to see how they react overnight and what they can do today, but they trained yesterday,” he said.

The skipper’s expected inclusion is a major boost and one which is to be buoyed by the presence of Joel Matip after he was rested for the FA Cup clash over the weekend.

With the centre-back having experienced a number of injury setbacks he continues to be managed, and his time has come once more to settle alongside Fabinho in the heart of the defence.

This would push Henderson back into the middle of the park and leave the manager with a decision to make regarding the other two positions, with the likes of Thiago, Gini Wijnaldum, Xherdan Shaqiri, Curtis Jones, James Milner and Alex Oxlade-Chamberlain to consider.

There was no fresh update on Naby Keita, meanwhile, who continues his bid to return from a muscle injury. 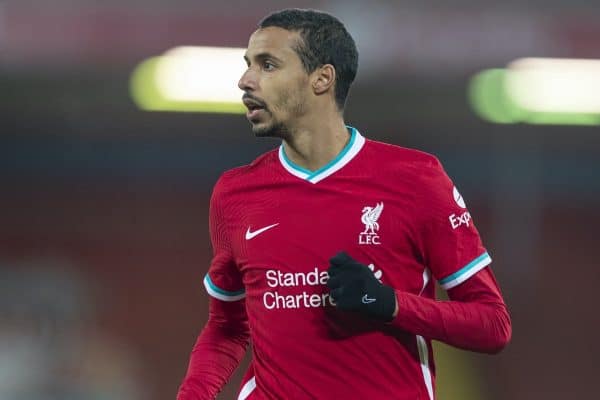 Having shown signs of life at Old Trafford last time out, there does not exist a need to make more than a handful of changes.

Three could be the magic number here, with a single change in every department potentially providing the formula for three much-needed points.

It could see Matip return to the back alongside the regular faces of Alisson, Trent Alexander-Arnold, Fabinho and Andy Robertson – with no time to provide a rest for the ever-present left-back.

In midfield, Henderson could then occupy the No. 6 role to allow Thiago and Wijnaldum to be deployed further forward and seek a greater connection with the front three.

The hope will be then that Sadio Mane, Roberto Firmino and Mo Salah can find the net with the freedom they have not experienced in the league of late, in a side which looks like this: 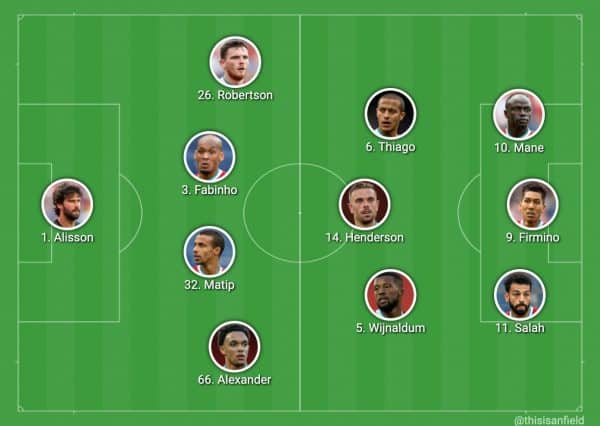 On the other hand, there could be a slight change to the abovementioned XI with Curtis Jones moving back into midfield and Thiago making way.

It would be somewhat of a bold move to omit the Spaniard but after four starts in the last five games following on from a long-term injury, he cannot and should not be immediately placed in the red zone.

He did look to tire late on at Old Trafford, and against Spurs he could be used as a late weapon with Henderson and Wijnaldum occupying the final two positions.

The number of options available in midfield is a boost and the captain’s return will help strengthen a spine that needs an injection of confidence if they are to strike back.

On paper, this is a side capable of inflicting defeat on Tottenham but they will need to rediscover their cutting edge to do so: 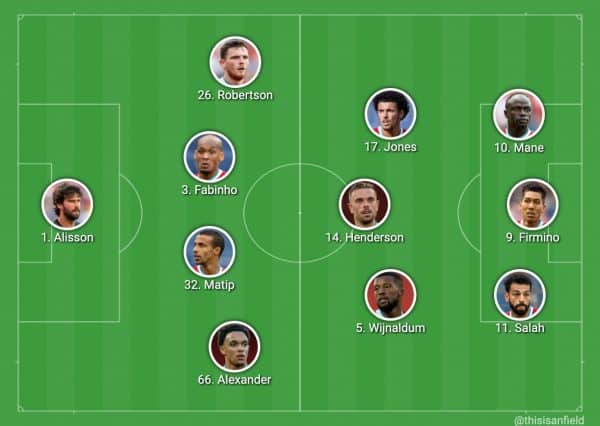 It’s likely to be another night of a frustrating low-block against Mourinho’s Spurs, with a gung-ho approach unlikely despite them being on home soil.

Henderson’s inclusion could be just what the doctor ordered for Klopp’s side and the hope will be that, despite the defeat, they took confidence from finding the net at Old Trafford.