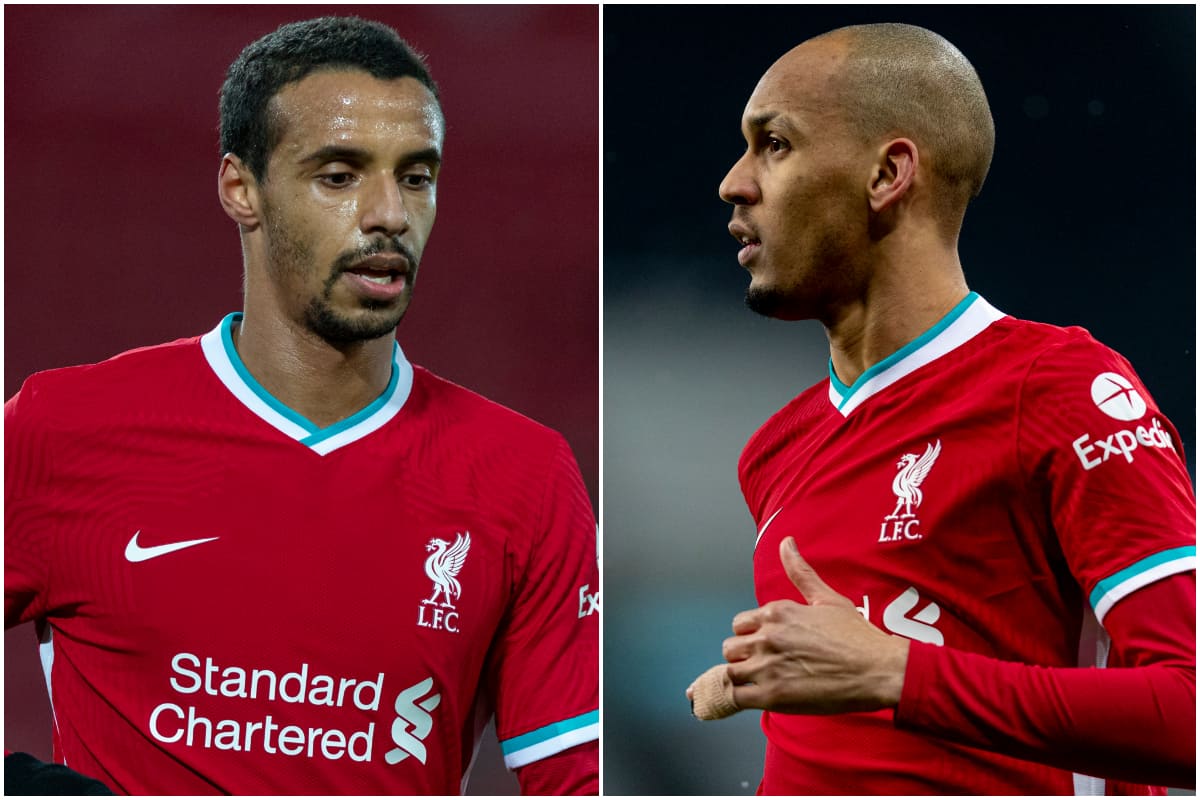 Jurgen Klopp has revealed there are “glimmers of hope” over Joel Matip‘s ankle injury, but has ruled Fabinho as having “no chance” of playing against West Ham on Sunday.

The Reds lost two more centre-backs on Thursday as Fabinho and Matip found themselves sidelined, joining Virgil van Dijk and Joe Gomez on the treatment table.

After the 3-1 win at Tottenham, which Matip came off at half-time in and Fabinho missed entirely, the manager described Matip’s injury as “serious,” confirming he had suffered ankle ligament damage.

But speaking the following day, in his pre-West Ham press conference, Klopp said that there are “glimmers of hope” that the situation is not as severe as initially feared.

However, neither Matip nor Fabinho will be available for the trip to the London Stadium, with Jordan Henderson instead expected to partner one of Nat Phillips or Rhys Williams at the back.

“Joel, last night after the game I was, especially with that, pretty emotional, just because at half-time the boy’s sitting there [injured],” he told reporters.

“Now, meanwhile, there are still glimmers of hope that it’s not that serious.

“We don’t have the final result, because the scan didn’t happen yet, so we will know more in three or four hours probably – hopefully.

“And Fabinho, no. No chance for the weekend.” 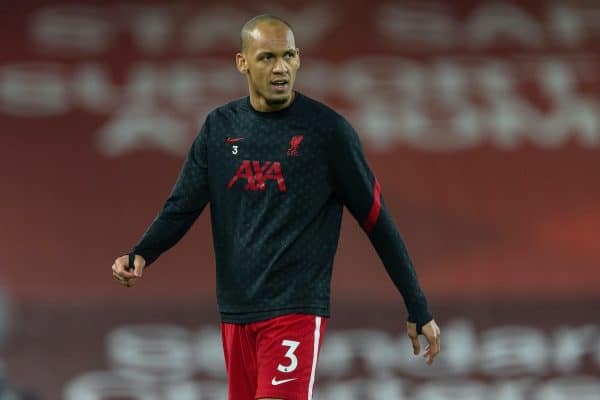 While Klopp was surprisingly open about Matip’s injury, given the potential severity, the fact he was very coy when discussing the setback for Fabinho could suggest it is more serious.

Before the win at Spurs, the manager revealed “it was not a challenge” that caused the injury – which the club have described as a ‘minor muscle issue’ – and that “he just felt something and we had to take him out and now he’s out.”

Typically, injuries off the ball can prove more complicated than those suffered at impact, but the hope will be that Klopp at least provides more clarity in due course.