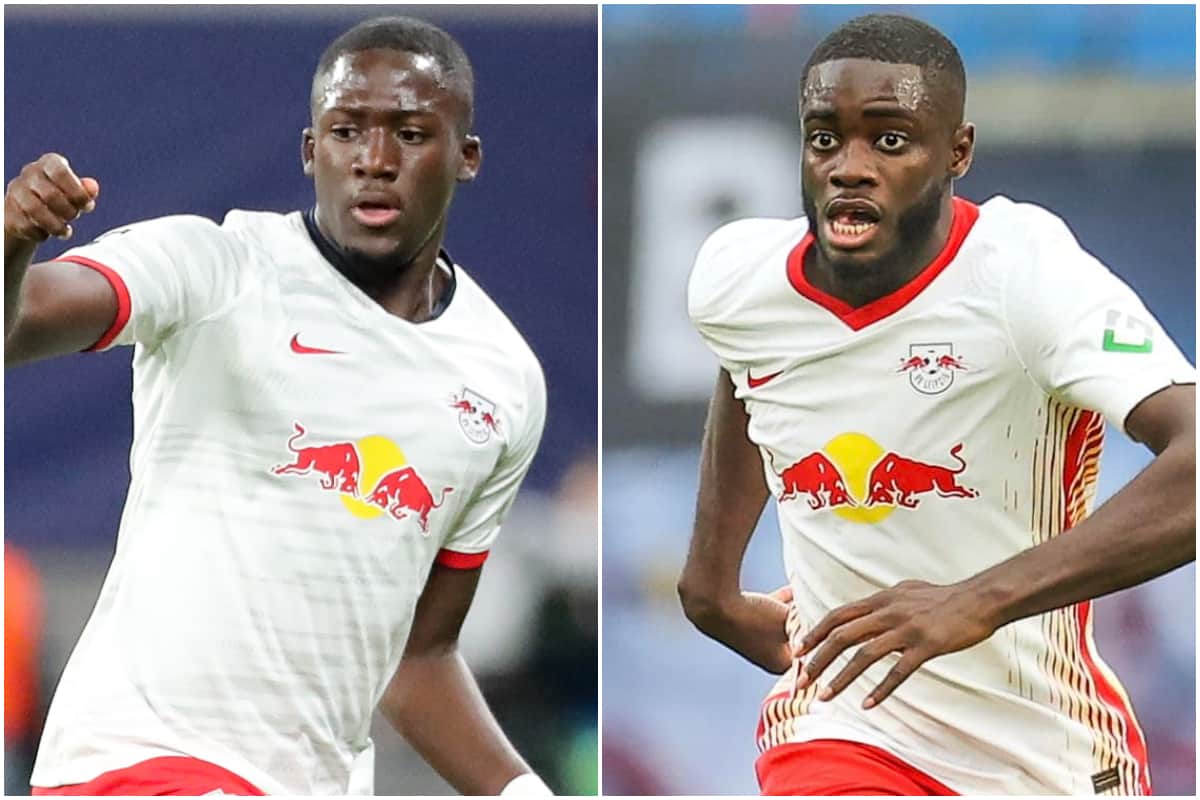 RB Leipzig CEO Oliver Mintzlaff has admitted the club are open to sales of their “top performers” in the summer, with Liverpool eyeing two of their centre-backs.

Leipzig are building a reputation as one of the most exciting outfits in European football, which is made even more impressive by their approach to the transfer market.

The Bundesliga club, only founded in 2009, is for all intents and purposes, a selling club; and Liverpool have benefitted in the past, with Naby Keita‘s £52.75 million switch to Anfield in 2018.

If the price is right, Leipzig will part ways with their key players, but they are certainly not as amenable as their sister-club, Red Bull Salzburg – the price, as the Reds discovered in their pursuit of Timo Werner, is typically high and difficult to negotiate.

To continue their development, the German side are willing to accept deals for some of their “top performers” in the summer transfer window, which may be of interest to Jurgen Klopp and Michael Edwards.

“What I can rule out after the Szoboszlai transfer is that we will bring more players this winter or summer without us relinquishing any,” Mintzlaff told Sport Bild, with reference to the arrival of Dominik Szoboszlai from Salzburg this month.

“We have a very broad squad in terms of quality. So we will also give up top performers again if it makes financial sense and we can absorb it [within the squad].

“When I think of Werner, Cunha, Keita or Demme, we have already redeemed a lot and still developed further in terms of sport.”

Liverpool have already been credited with interest in two Leipzig centre-backs as Klopp has effectively confirmed he is looking to bring at least one defender in – with this more likely in the summer.

Bild‘s Christian Falk claimed last month that the Reds have both Dayot Upamecano and Ibrahima Konate “on their list” as they assess centre-back options, with speculation over a move for Upamecano corroborated by The Athletic.

And interestingly, while he described the assertion that Upamecano had already been replaced by Josko Gvardiol – who will officially join Leipzig from Dinamo Zagreb in the summer – as “fictional,” Mintzlaff suggested that the Croatian’s arrival will lead to a departure.

“We only bring in players who have the potential to get on or above the level of the current players,” he said.

“[But] there’s no final decision for next summer, so your names are fictional.”

Leipzig’s hands are ultimately tied when it comes to Upamecano, due to a release clause in his contract that comes into effect in the summer and is worth a reported £40 million, allowing clubs to forgo the usual issue of negotiation.

On paper, Upamecano would be the ideal signing for Liverpool, as a proven, top-level centre-back who, only 22, has vast scope for improvement, and is capable of playing on the left and right of a defensive pairing – but Konate, 21, is also worth considering.