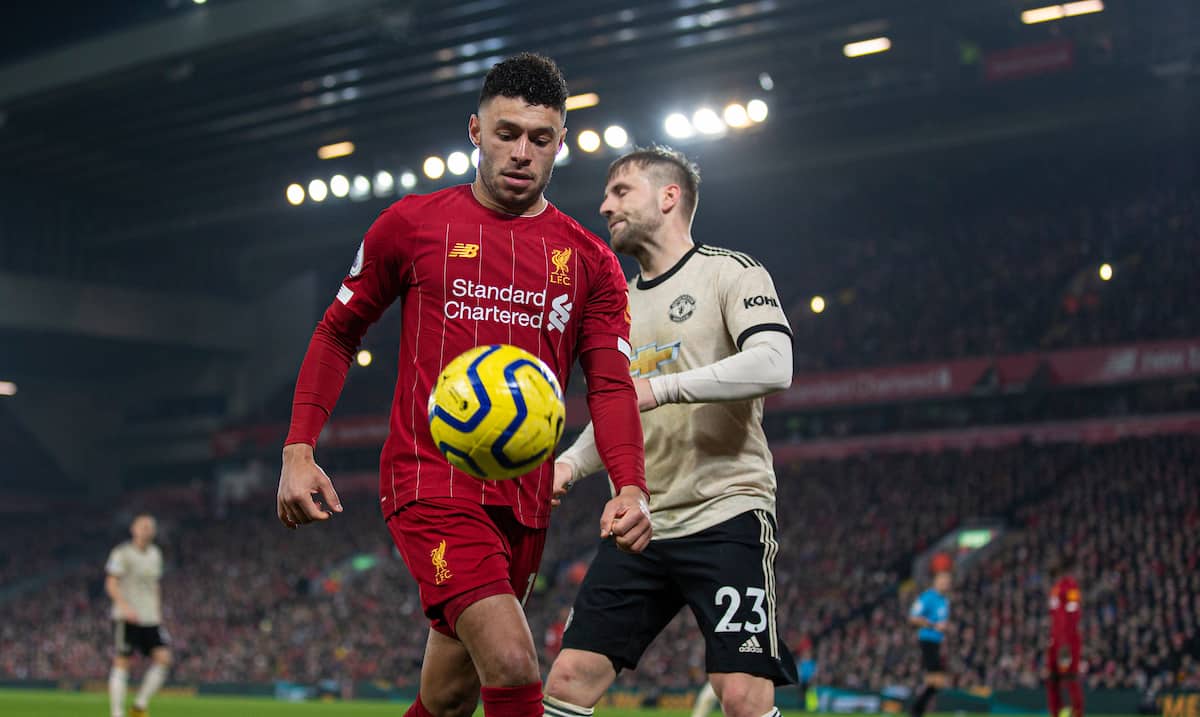 Liverpool were drawn against Man United in the fourth round of the FA Cup, setting up yet another Premier League tie in domestic cup competitions, and Reds had a lot to say.

Jurgen Klopp‘s side secured their passage into the next round of the competition thanks to a 4-1 win over Aston Villa‘s youth team, progressing to the fourth round for the fifth time under the manager.

The Reds had a less than 50 percent chance of being pitted against a top-flight team, but the man conducting the draw in Peter Crouch ensured the odds were not in Liverpool’s favour.

And it wasn’t just Reds who had something to say to the former Liverpool striker’s hand in the draw, with his Merseyside-born wife Abbey Clancy saying: “My dad is gonna kill you.”

The tie ensures Liverpool will meet Ole Gunnar Solskjaer’s team twice in the space of one week, with Anfield to host a Premier League fixture before Old Trafford awaits in the cup.

Considering the fortunes of Klopp and Co. in this type of draw, it was an inevitable tie and Reds had a lot to say in the aftermath:

Hahaha you just have to laugh now.

City get League 2 opposition, we get United away.

Thanks for that Crouchy! Liverpool away to Manchester United in the #facup

Annoying thing is, we have to take the FA Cup game seriously now as we can’t lose to United, especially if we don’t win the weekend before.

Man these draws are relentless ?
West ham even if we beat United next round uno. https://t.co/FGZ0SeZnXu

Love it when we’re given an easy draw #lightwork https://t.co/cCGAMx5qC3

Liverpool’s ‘luck’ in the draws did not go unnoticed…

City get Cheltenham & Liverpool get United away. Imagine my shock ??

Klopp in the FA Cup:

In the last 5 years in domestic cups Liverpool have had:

And tough tests await, but therein lies the opportunity…

Liverpool could ruin United’s season over the course of the next few weeks. Interesting.

Liverpool to beat United two weeks in a row

#LFC Imagine this scenario, beating United in the League on sunday and then beating them in the Cup the next week, they would be destroyed and crumble imo. Liverpool could still so the double or even the treble this season. 1 game at a time.

This run is tough even if we had a fully fit squad. We desperately need Matip fit for the big games – and there are a lot of them. Can play Phillips vs Burnley & maybe West Ham. And William's vs Brighton. Both in FA Cup. Need Matip for the others. https://t.co/4RYZuAzFaa

Can’t wait to beat united this week and next

I'm kinda glad that we got United in the FA Cup I won't lie. Means Klopp will take it seriously and I would quite like us to have a good run. I'd love it if we won it!