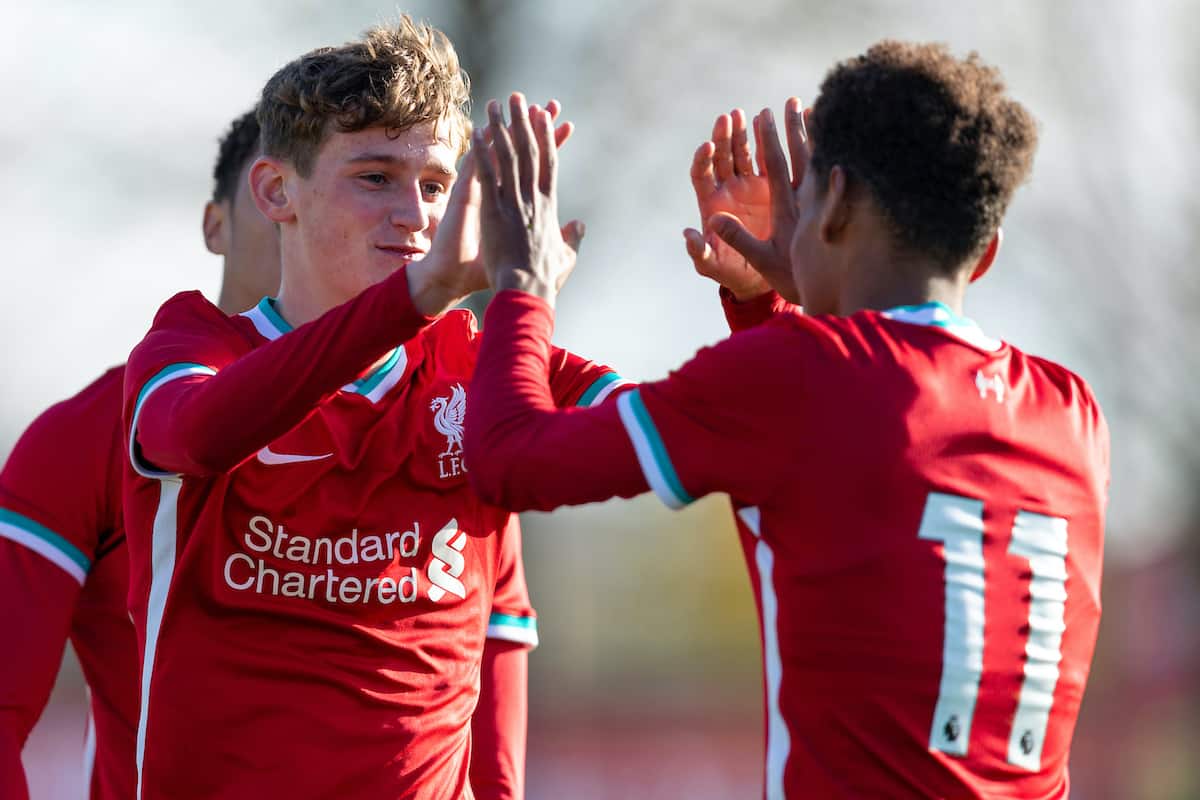 Liverpool have moved to secure the long-term commitment of one of their brightest academy talents, with under-23s midfielder Tyler Morton signing a new contract.

Morton has been one of the standouts of the campaign so far within the Reds’ youth ranks, making the step up from under-18s to U23s seamlessly.

The 18-year-old made his debut for Barry Lewtas‘ side in November’s 0-0 draw with Southampton at Kirkby, with Jurgen Klopp, Pepijn Lijnders, Vitor Matos and John Achterberg all watching on from the first-team staff.

It is likely he caught the manager’s eye – informed by his academy liaison Matos – and he certainly did Lewtas, who has started him in each of the young Reds’ last five games.

In that time he has scored three times, including a superb finish to equalise in the Merseyside derby this month, adding to his three goals and three assists in five outings for the U18s earlier in the season.

A combative, creative midfielder with an eye for a goal, a pass and a tackle, Morton is already making waves alongside and filling in for the likes of Jake Cain and Leighton Clarkson.

The Liverpool hierarchy have now recognised that by handing the teenager a new long-term contract – less than five months after signing his first professional deal.

It is a marker of the club’s belief in the Wirral native, who played alongside fellow academy talents Sean Wilson, Luke Chambers and Max Woltman – the latter of whom agreed pro terms earlier this week – for Greenleas FC at junior level.

Morton will not expect a swift rise, of course, as there are a number of talented midfielders ahead of him in the pecking order, but continue to produce the numbers in the U23s and it should only be a matter of time.

Despite only making five appearances for Lewtas’ side so far, Morton is already joint-top scorer along with Cain, Liam Millar, Tom Clayton and Jack Bearne, while only Dominic Corness (10) and Layton Stewart (16) have tallied more goals and assists combined across the age groups.

These are promising signs for Morton, and now he will look to Saturday’s clash with Derby as another opportunity to make his mark.