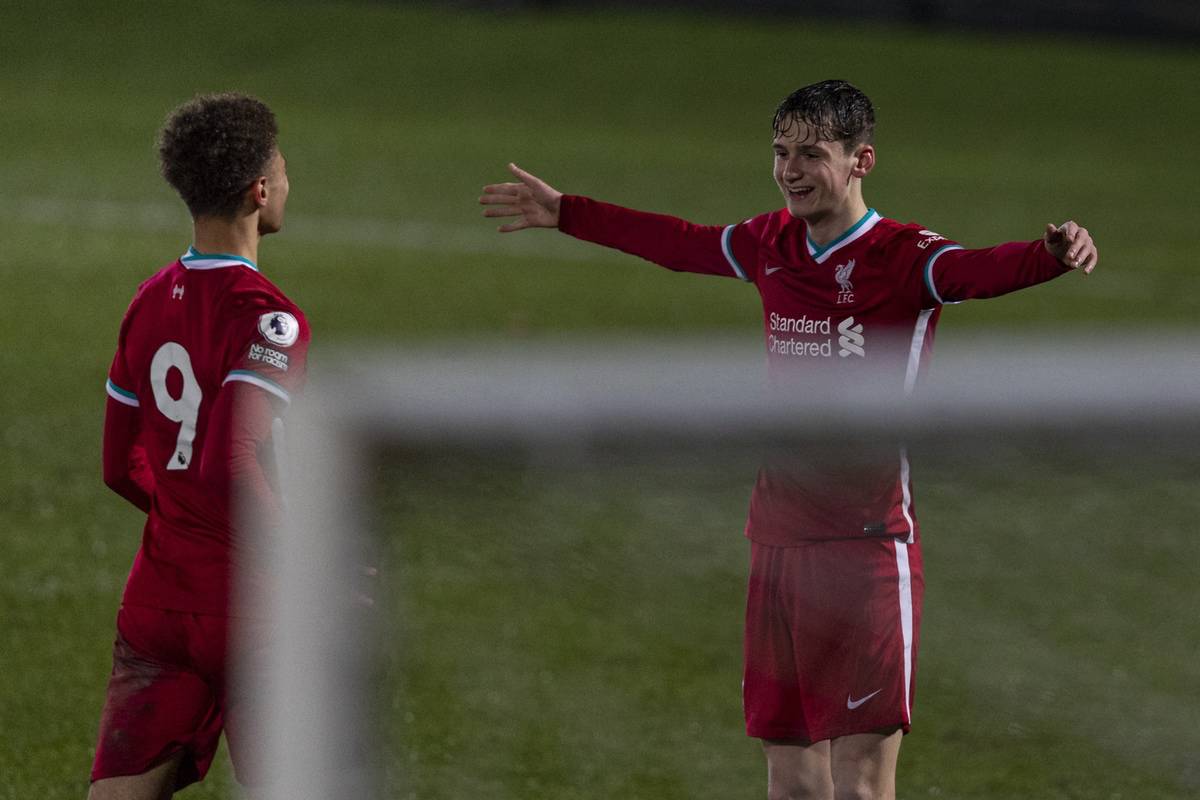 The Liverpool under-23s were disappointingly held to a 1-1 draw by their Merseyside rivals Everton on Monday night, despite dominating for the entire 90 minutes.

After a month-long break, the young Reds were back into action with one of their biggest games of the season, with Southport’s Haig Avenue hosting a Merseyside derby that saw Barry Lewtas make five changes from December’s 4-3 loss to Tottenham.

In came Marcelo Pitaluga, Billy Koumetio, Tony Gallacher, Luis Longstaff and Fidel O’Rourke, while Elijah Dixon-Bonner and Morgan Boyes were back on the bench after long-term injury and a loan spell at Fleetwood respectively.

Liverpool could not have got off to a worse start, though, as Everton midfielder Rhys Hughes produced a well-placed finish along the ground and into the bottom corner through a sea of bodies to leave Pitaluga stranded.

Lewtas’ side grew into the game, however, inspired by Leighton Clarkson, and were almost level as O’Rourke capitalised on a slack backpass but, as he was winding up to hammer into an empty net, the 18-year-old was thwarted by two Everton defenders on the line.

A deserved equaliser came via a sublime finish from another 18-year-old, midfielder Tyler Morton, who picked up Van den Berg’s blocked shot and faded it into the top corner with his right for 1-1. 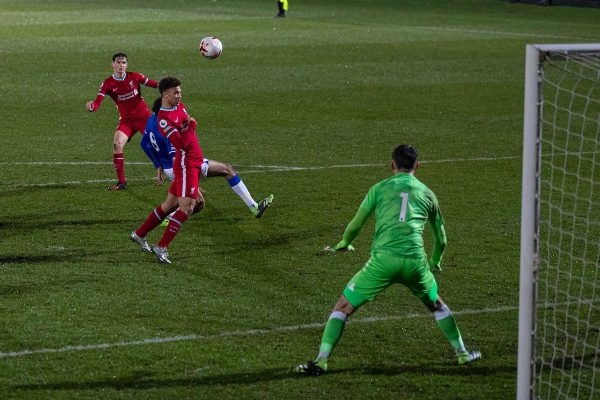 Liverpool stayed on top after the break, and almost went ahead within five minutes as, after another Van den Berg effort was blocked, Koumetio was denied at point-blank range.

Whenever Everton attempted to build, they were met by a frenetic pressing game from the young Reds, with O’Rourke and Jack Bearne particular busy, while whenever the ball came near Pitaluga’s box there was a much-improved Van den Berg, who defended immaculately.

On came Layton Stewart with 25 minutes to play, replacing the tireless O’Rourke whose efforts up front likely would have cemented himself as Man of the Match were they complemented by a goal.

Everton were reduced to 10 men late on following a shocking challenge from Katia Kouyate on the returning Dixon-Bonner, giving the young Reds the impetus to push on for a late, late winner in the derby.

Dixon-Bonner went closest himself with the last kick of the game, but his low shot trickled past the post and the final whistle blew for a draw that will leave Liverpool frustrated.