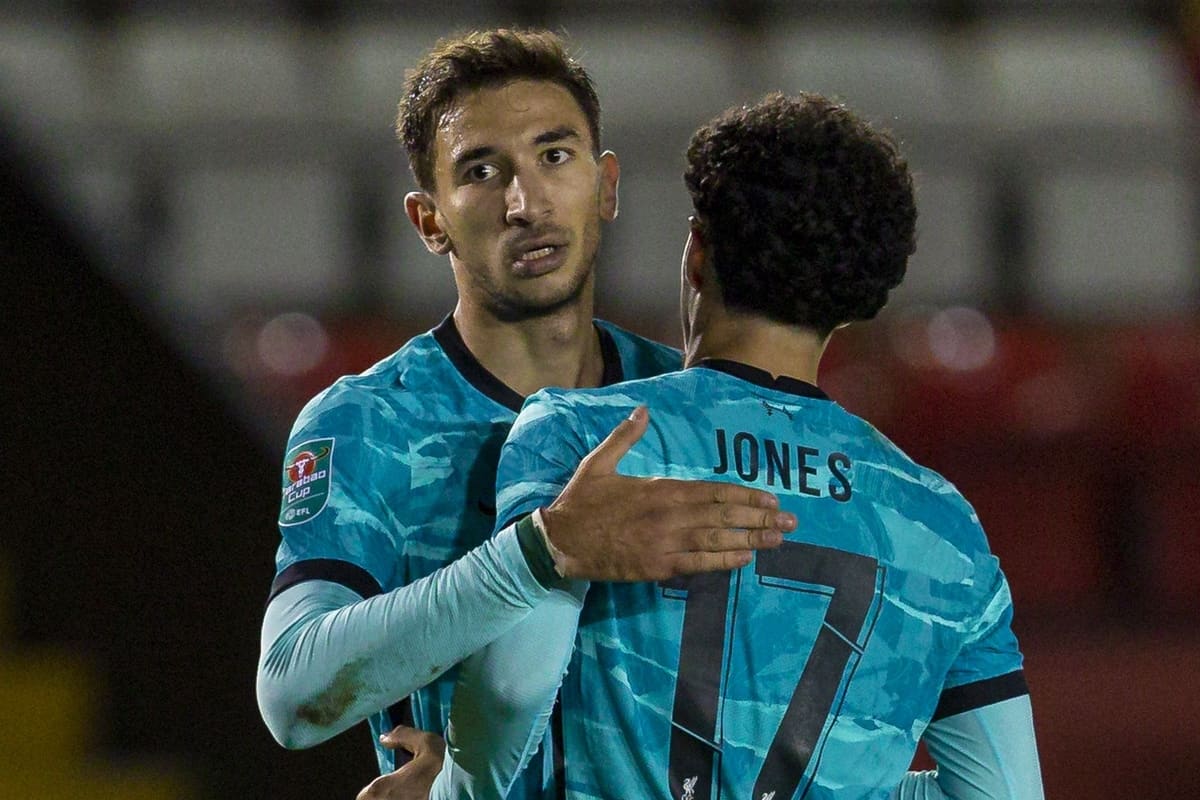 Marko Grujic has admitted he is “confused” by his lack of opportunities at Liverpool, despite being told in talks with Jurgen Klopp that he is a “player of great potential.”

Grujic has played just 16 times for the Reds since becoming the first signing of Klopp’s reign in 2016, arriving from Red Star Belgrade in a £5.1 million deal.

Two of those appearances came earlier this season, with an almost three-year gap between his return in the 7-2 victory over Lincoln in the League Cup and the 5-1 thrashing of Brighton in 2017.

His involvement came as part of a much-changed side, and after scoring his first goal for the club in that triumph at Sincil Bank, he shone despite a penalty shootout defeat to Arsenal in the following round.

This led to suggestions Grujic could stay as part of Klopp’s senior squad – after two seasons on loan at Hertha Berlin – but ultimately the midfielder made the temporary switch to Porto on deadline day in October.

In an interview with Kurir in his native Serbia, Grujic said he “didn’t want to gamble” in staying at Anfield, and admitted that talks with the manager have left him “confused.”

“After two years in the Bundesliga, I returned to England more mature. That’s what they told me at Liverpool,” he explained.

“But when Thiago Alcantara came from Bayern, I estimated that there would not be much space for me.

“I didn’t want to gamble. I see now that there are a lot of injured players at Anfield, it is certain that I would get a chance, but I could not have foreseen that.”

He added: “I believe that they believe in me, but I do not enter into their plans, nor can I change that.

“In every conversation, whether it’s Klopp or one of the directors, they always remind me that I am a player of great potential.

“But when I get into the system I don’t get a chance…it confuses me a little.”

Grujic speaks with a maturity that allows him to assess the situation candidly, as though he has seemingly been told that he could feature at Liverpool, the evidence proves that this is highly unlikely.

The 24-year-old was expected to depart on a permanent basis over the summer, and he expressed a disappointment that the club priced his suitors out of negotiations.

“They certainly want to make money on me,” he claimed.

“The English are quite demanding during the negotiations. They do not lack money and can close the amount they want. So it is with me.

“It was unrealistic that they asked for €20 million for me, so the loan was the most realistic.”

Hertha were an option for Grujic in the final days of the loan window, along with other clubs in the Bundesliga, but he opted for a final-hour switch to Porto.

So far he has failed to command a regular starting role, averaging just 33 minutes on the pitch for each of his 13 appearances, and as he acknowledged, his game time may have been more favourable had he stayed at Liverpool.

But there is a clear disconnect between Grujic and Klopp in terms of his importance, and the hope will be that he can resolve his future permanently this summer.