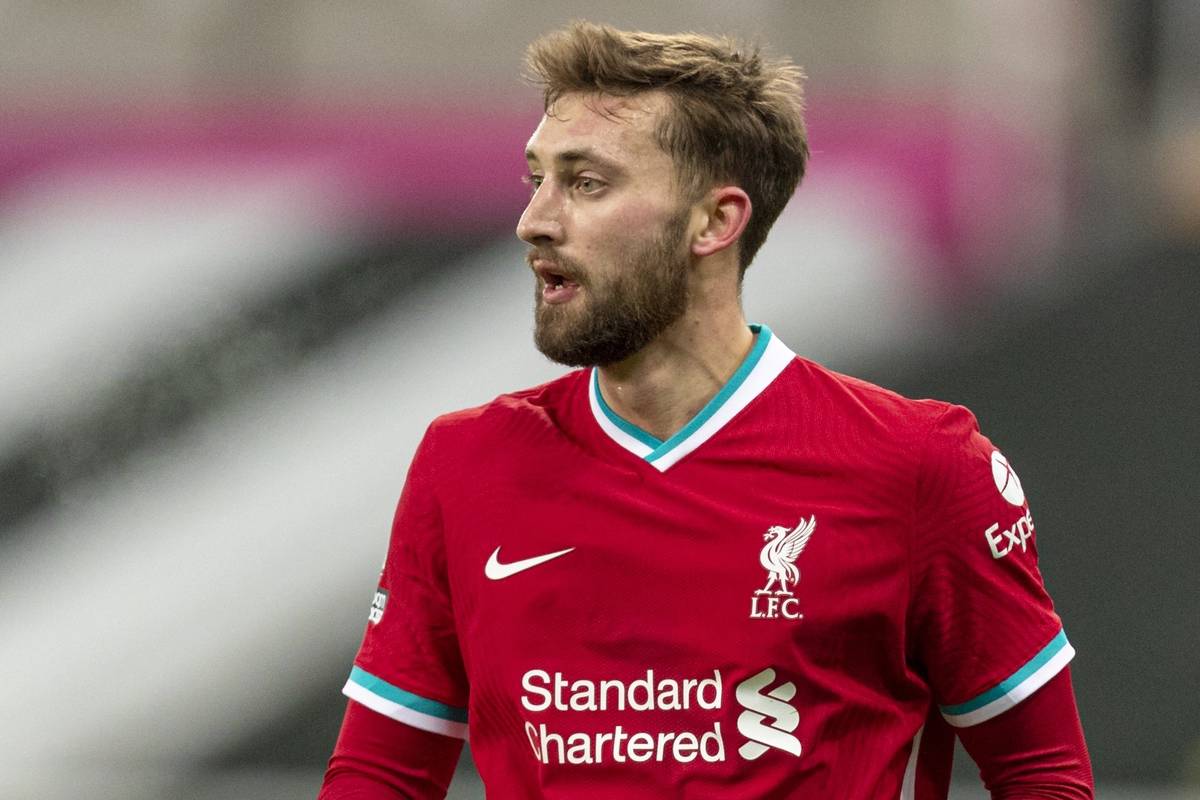 Liverpool will be out to make it two league wins on the spin for the first time since early December, but it will be another game with yet another centre-back pairing.

The Reds finally exorcised their demons in front of goal by putting three beyond Tottenham last time out, recording their first league win since prior to Christmas.

It was a result which injected much-needed confidence and belief back into players and fans alike, but as has been the recurring theme this season it came at a cost.

That being the two remaining senior centre-backs being sidelined by injury, leaving Jurgen Klopp to turn to another new pairing at the heart of his defence against an in-form West Ham.

Building momentum once more is imperative and another victory in the capital would be key, and here’s the side which the Reds could turn to to do so.

Just when you thought things were looking somewhat up, both Fabinho and Joel Matip were struck down with injury to leave the Reds without a recognisable senior centre-back.

Matip’s ankle injury which saw him substituted at half-time at Tottenham was initially described as “serious” by Klopp, but he said the next day that there are “glimmers of hope” that it’s not as bad as first feared.

The No. 32 will not be available for selection, however, against the Hammers and neither will Fabinho after picking up a “minor” muscle issue which saw him miss Thursday’s win.

It leaves Jordan Henderson to partner one of Nat Phillips and Rhys Williams at the back, either of which would signal the 12th starting combination at centre-back in the Premier League this season.

Elsewhere, Naby Keita and Diogo Jota remain sidelined, but it still leaves the manager with a number of options at his disposal to inflict defeat on a side who have gone eight games in all competitions unbeaten.

Despite games continuing to come thick and fast, one cannot foresee Klopp making wholesale changes irrespective of the short three-day gap between games.

It could be a case of injury enforcing one change and fresh legs another across two departments at the London Stadium.

Alisson will remain between the sticks as usual, with Trent Alexander-Arnold aiming to back up his much-improved performance at Spurs alongside fellow full-back Andy Robertson – with fresh legs in this position perhaps on the agenda against Brighton on Wednesday.

And after being the one selected at half-time, Phillips could get the nod alongside the skipper as the right-sided centre-back – with his aerial ability to come in handy.

In midfield, Gini Wijnaldum could be best served with continuing his role as the No. 6 which would once again allow Thiago to be deployed in a more advanced role.

Curtis Jones was turned to from the bench at Tottenham and could be in line for his first league start since the draw at Newcastle – edging ahead of Alex Oxlade-Chamberlain and Xherdan Shaqiri.

Finally, after showing a creative spark and confidence which has been lacking, it would be remiss to break up the front three of Mo Salah, Roberto Firmino and Sadio Mane: 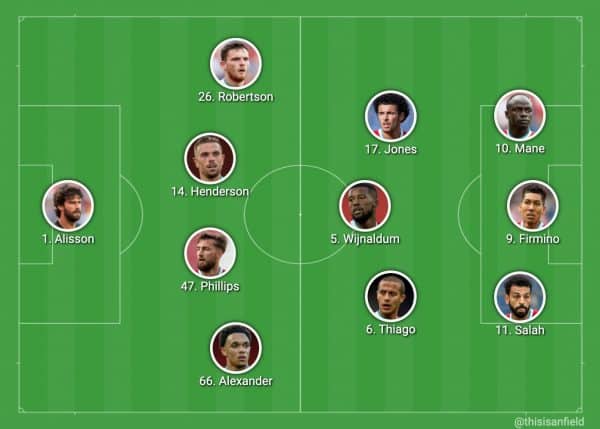 While the aforementioned XI is one which could very likely take to the field on Sunday afternoon, there are certainly other options which could be turned to by Klopp.

It could see any one of these avenues pursued at the London Stadium:

Three points last time out were just what the doctor ordered, but with the table as tight as it’s been at the top another win could prove crucial ahead of another testing run of games.

The Hammers will no doubt look to exploit the inexperienced partnership at the back and while they are undefeated in their last six league games, these are still the ones Liverpool need to emerge victorious from should they wish to be in the mix come season’s end.