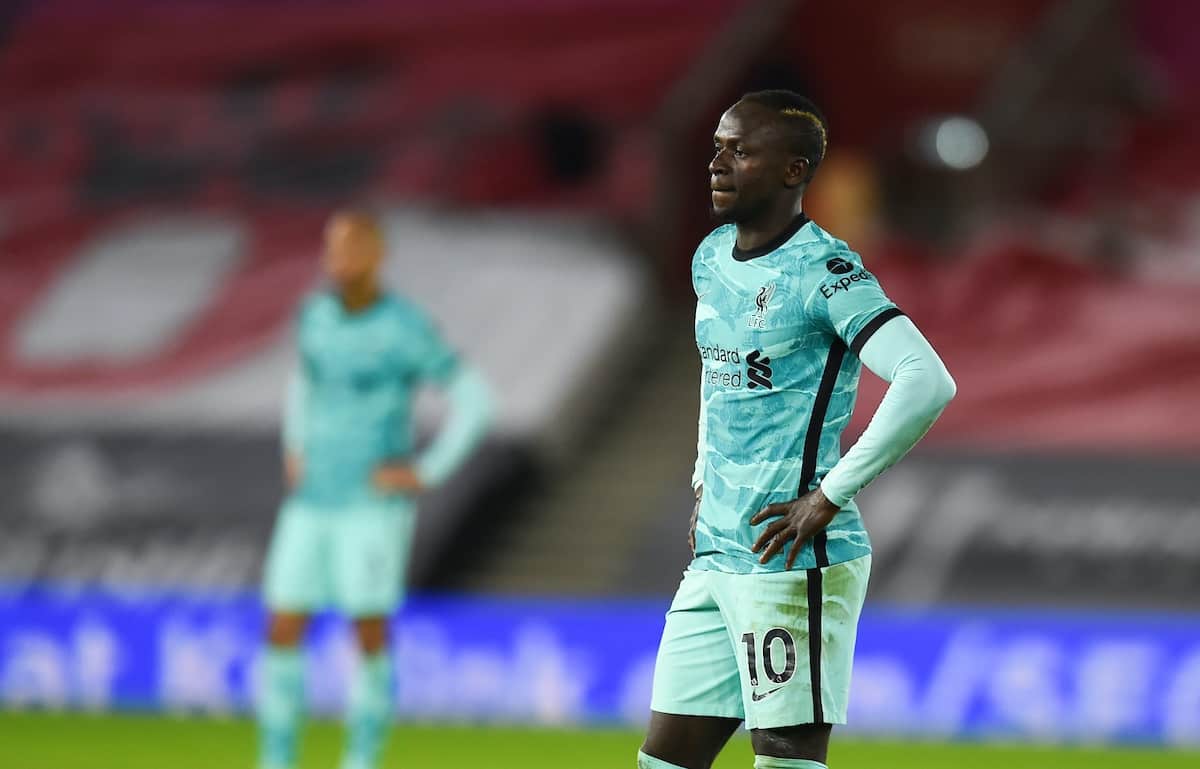 Liverpool suffered once again on the road as an early goal at St Mary’s set the tone for the night, a 1-0 loss to Southampton continuing a miserable run of form.

Ahead of kickoff at St Mary’s anticipation among supporters was rife as Thiago returned to a very exciting starting lineup for Liverpool, but three minutes in and the Reds were a goal down.

It was Thiago who conceded the free-kick, which James Ward-Prowse chipped into the box and, with Trent Alexander-Arnold caught napping, Danny Ings ran into space and lofted a fine finish over Alisson to net against his former club.

Perhaps to be expected for a side including two midfielders at centre-back and a two more making their first starts in months – together for the first time ever – it took Liverpool time to find any fluency.

The best chance of the half for the Reds came through a Thiago pass out to the left, but with Sadio Mane cutting inside in acres of space, the ex-Southampton forward balloon his effort high and wide of Fraser Forster’s goal.

Mohamed Salah also headed a Mane cross wide under pressure, as the first half trailed out with Liverpool a goal down, perhaps deservedly.

The second half began with a big penalty call against Liverpool, as Gini Wijnaldum‘s shot struck the hand of Jack Stephens in the area, but referee Andre Marriner waved it away following a swift VAR check.

Jurgen Klopp then turned to his substitutes’ bench as Xherdan Shaqiri entered and Alex Oxlade-Chamberlain – near-anonymous in his first start of the season – exited.

Another spot-kick was overlooked as Kyle Walker-Peters looked to have brought Mane down in a tangle, as the Reds continued to push for an equaliser as the hour mark ticked by.

Mane, Salah and Roberto Firmino continued to toil, with the Brazilian particularly poor, with the night serving as a reminder of what could have been with Ings, who is proving himself worthy of an elite club after a cruel run of misfortune at Anfield.

Marriner’s strange decision-making continued to mar the game as the Reds felt they were denied foul after foul, but in truth, the performance was, again, not worthy of three points – and in this case, not even worthy of one.