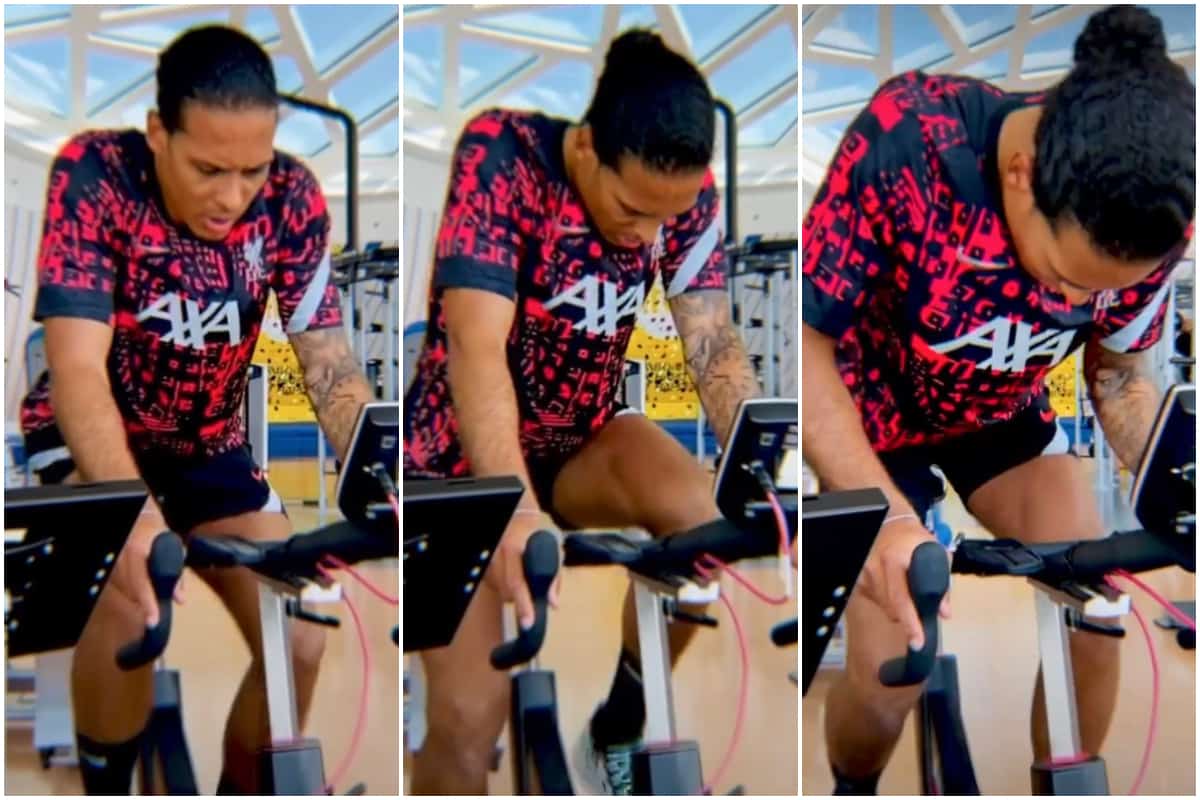 Dejan Lovren has urged Virgil van Dijk “not to rush” his recovery from a long-term knee injury to play at the Euros, with Jurgen Klopp similarly cautious over his return.

Van Dijk is now into the fourth month of his rehabilitation following knee ligament damage suffered in October’s Merseyside derby, and has been training in Dubai.

The Dutchman has shared frequent updates on his work at the NAS Sports Complex, with videos of ball work on the pitches increasing anticipation of a possible return before the end of the season.

Netherlands manager Frank de Boer is certainly hoping so, telling De Telegraaf earlier this month that “if Virgil doesn’t get a kickback and things go a little faster than expected, he should be able to make it to the [Euros].”

On Thursday morning, Van Dijk shared his latest update, back wearing Liverpool training kit as he told his followers: “The hard work continues.”

Lovren is among those to have joined Van Dijk in Dubai and, having trained alongside his former centre-back partner last week, detailed a conversation over the 29-year-old’s initial feelings over the injury.

“We had a talk, we discussed his knee injury, recovery and all that,” he told Zenit St Petersburg’s official website.

“It’s a very serious injury and he said that when it happened, he felt almost nothing.

“He didn’t understand what had happened. At first he got up and tried to walk it off, and then after 20 metres, everything got worse.

“However, I’m sure he’ll be back on the pitch soon.”

However, the meaning of “soon” remains loose when it comes to Van Dijk’s return, with it still unlikely he will play again this season – while Lovren believes he would benefit from missing the Euros.

“There is a chance he will be back playing before the European Championships, but this could be a risk for him.

“I said to him it is better to wait and get all the treatment he needs and not to rush, he is still young, especially for a defender.

“He will definitely be able to play at the next big competition, be that the World Cup or the European Championships.

“If he misses the upcoming Euros, I don’t think it will be that big a loss for him.”

Lovren himself saw his game time at Liverpool dwindle partly due to an ongoing stomach injury sustained during the 2018 World Cup, having revealed he played through the pain before making the matchday squad only 30 times the following season, starting just 15 times. 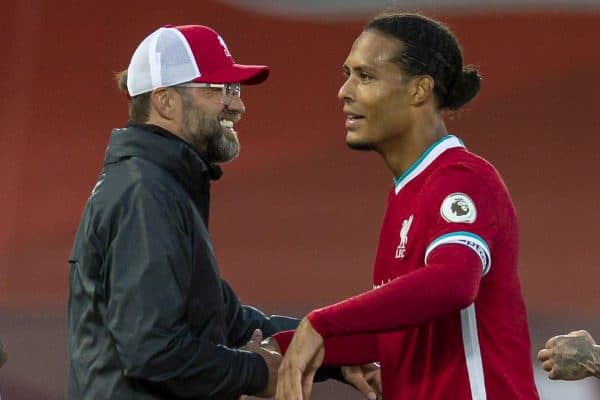 This experience will have allowed him to advise Van Dijk on the need for patience, which Klopp will also stress having revealed a conversation with his No. 4 on Wednesday, saying “there are for sure a lot of stages still to go over.”

“I don’t know what is possible and what is not possible; I don’t think I’m the right person to judge that 100 percent,” he said on the possibility of Van Dijk playing again this season.

“He looks really good. I spoke to him this morning, I had him on the phone – he is in a really good mood. So it’s all very promising. But I don’t know when he will be back.

“There are for sure a lot of stages still to go over or pass or whatever. That’s clear. I had this injury myself.

“But for the time we are in and for how long he is out now, how long the rehabilitation is going on, he looks really, really promising. But that’s all.”