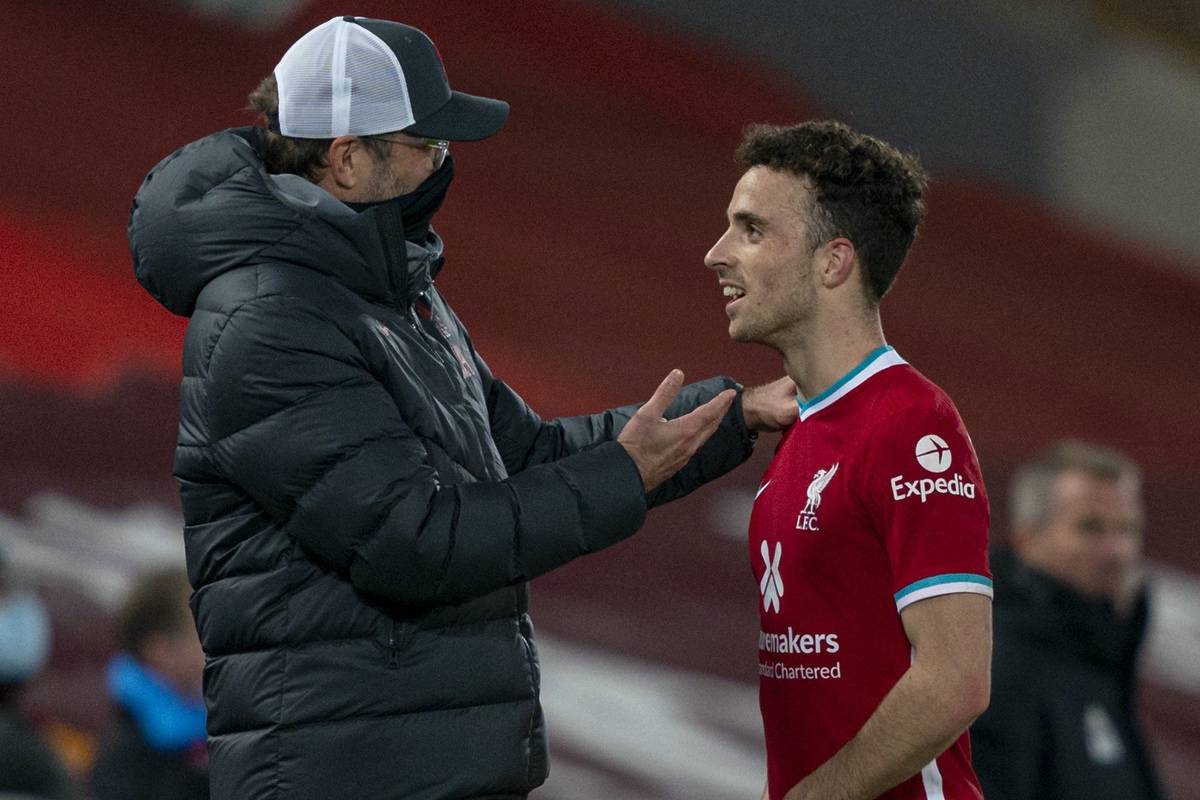 Jurgen Klopp has revealed that Diogo Jota is still “two or three weeks” away from returning to full training, with the Liverpool winger not set to play until March.

Jota has been sidelined since the start of December with a knee injury sustained in the 1-1 draw with Midtyjlland in the Champions League, missing 14 games so far in all competitions.

His projected return date was Saturday, and the Reds’ trip to Leicester, but the Portuguese will certainly not be involved as he continues his rehabilitation at Kirkby.

In fact, Jota is now not expected back until next month, with Klopp revealing that he is still up to three weeks away from rejoining team training, and from there he would “see how long it takes” before he can play.

“Diogo is close. Not as close as Naby, for example, but he’s on the pitch as well, individual sessions, not the same intensity,” he told reporters.

“As you can imagine after a long time in rehab you have to train really intense before you can go back to team training.

“So Diogo, two or three weeks, maybe, but probably the medical department hits me now.

“But I think that’s kind of possible, back in full training maybe, then we’ll see how long it takes.”

As Klopp mentioned, Naby Keita is also a long-term absentee for the Reds, with the Guinean’s last game being the 7-0 win at Crystal Palace on December 19 – his seventh start of 11 appearances this season.

Keita has been struggling with a hamstring problem since, with Liverpool’s medical staff taking the decision not to rush him back as they aim to build his strength up after a series of fitness issues since joining the club.

The No. 8 has been one of the first major projects for new head of recovery and performance Andreas Schlumberger, and while he is closer to a return than Jota – possibly before the end of February – Keita is “still not there” at present.

“It was a hamstring, a slightly bigger one. He is back on the pitch but not with the team yet,” Klopp explained.