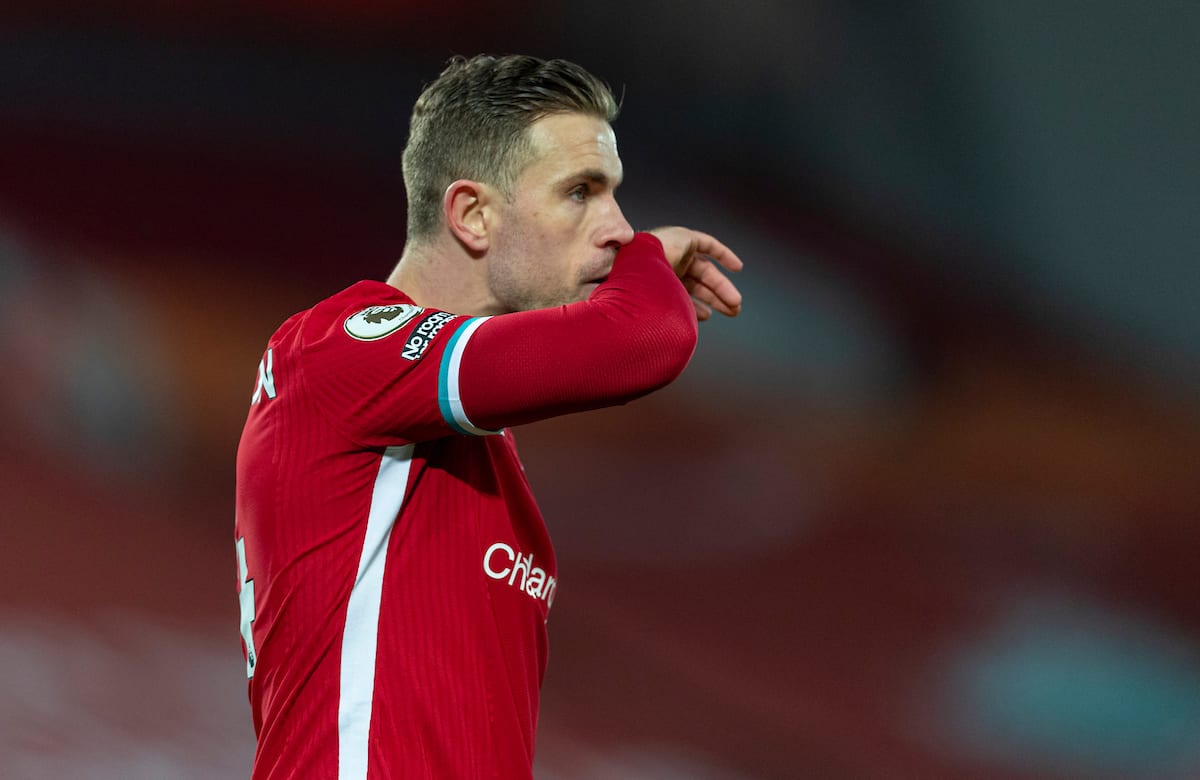 Jordan Henderson could be on the sidelines for anywhere between four to six weeks in what is considered the “best-case scenario,” but fears are his groin injury could keep him out longer.

Liverpool’s skipper was forced from the field at the half-hour mark against Everton over the weekend with an injury that Jurgen Klopp conceded “nobody in the medical department was positive about.”

It came as yet another blow to a side who has already been besieged by injury this season, with the centre-back position continuing to prove problematic.

Initial reports of Henderson’s injury stated that the 30-year-old could miss the Reds’ next five fixtures, which would total three weeks on the sidelines before the March international break.

But the Atheltic‘s Oliver Kay has now claimed “four to six weeks has been regarded as the best-case scenario” but there “are fears it will be longer.”

It is said that “some at the club seem resigned to their captain facing an extended spell on the sidelines,” which would be a major setback for Klopp’s side.

A total of six weeks on the sidelines, which sits in the ‘best case’ bracket, would see Henderson miss up to at least five Premier League games, the Champions League last-16 second-leg meeting with RB Leipzig and England’s March internationals.

The 30-year-old is still under assessment and a clearer picture is hoped for in the coming days, where Klopp could even provide an update in his pre-Sheffield United press conference on Friday.

The unpredictability of groin injuries make it so doubt has even been raised over his ability to play out the season, one where Liverpool are facing an uphill battle to finish in the top four.

That he is touch and go for the Champions League quarter-finals, should Liverpool qualify, on (6/7 April) is enough to leave an uneasy feeling, let alone the majority of what is left of the season.

The absence of his leadership will be felt as will the strain placed on existing personnel to cover yet another injury.

On a positive note, Naby Keita is back in the mix while Diogo Jota, Fabinho and James Milner are all on the cusp of a return after respective battles with injury.