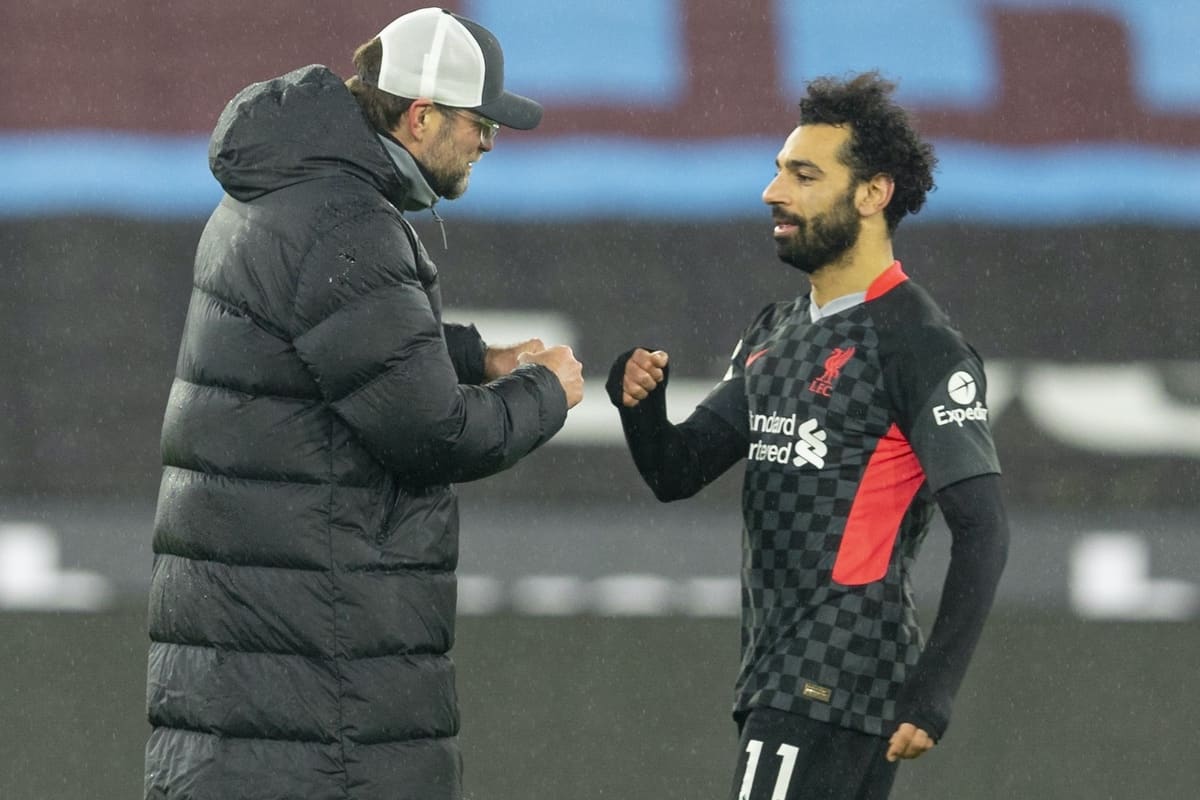 Jurgen Klopp has spoken of his hope that Mohamed Salah will remain at Liverpool for a “long time” as speculation over the No. 11’s future continues.

The Egyptian has been one of the main topics of discussion regarding potential departures at Anfield in the near future, with his own comments only adding fuel to the fire.

Salah had praised “top clubs” Real Madrid and Barcelona in an interview with the Spanish press late last year, teams who remain linked with the 28-year-old.

And with a journalist recently throwing a wild claim out that Salah is not happy at Liverpool, his importance to the team was looked to once more in England.

Salah himself has not shown any signs of restlessness, in fact, the opposite with a recent promise to fans and Klopp praised his winger and the hope for a long stay on Merseyside.

“He’s very important, it’s a bit awkward when I have to praise my own players, which I like to do, to be honest, but I think in Mo’s case the numbers speak for themselves,” Klopp told reporters.

“But Mo is not only a goalscorer. He has developed football-wise as well, he is a very, very important player for us.

“And hopefully he will be that for a long, long time, of course.”

The 28-year-old is contracted at Anfield until 2023 which leaves Liverpool in the driving seat regarding his immediate future, but few signs internally suggest it is a concern.

While the season has been tough-going, Salah has been a shining light with 24 goals and four assists in 35 appearances – a tally that has seen him nestle into joint-13th in the club’s all-time goalscorers list.

He sits level with Ian St John having taken his total to 118 goals in 187 appearances, an incredible return that has played a key role in the Reds’ recent success.

Salah is one who sits in the underappreciated category outside the club’s walls, and sometimes even within them, but as the boss noted, his numbers really do speak for themselves.