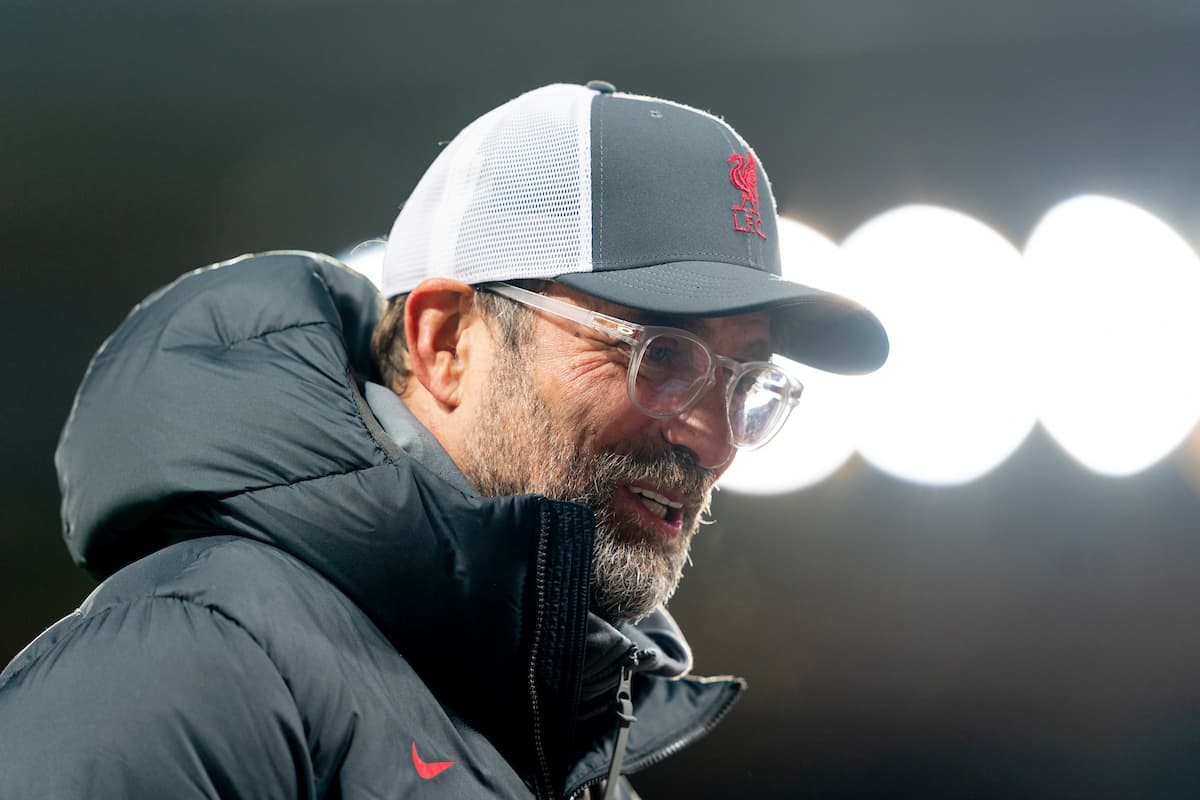 Jurgen Klopp hits a triple-century in charge of Liverpool this afternoon, as the Reds look to get back to form with a victory over Leicester in the Premier League.

Klopp will take charge of Liverpool for the 300th time today. He has won 179 games thus far. Only Kenny Dalglish (185) won more at the same stage.

Of those, no manager has a higher win percentage than the German (59.87%).

Sadio Mane could play his 200th game for Liverpool in all competitions. He has scored 91 times. 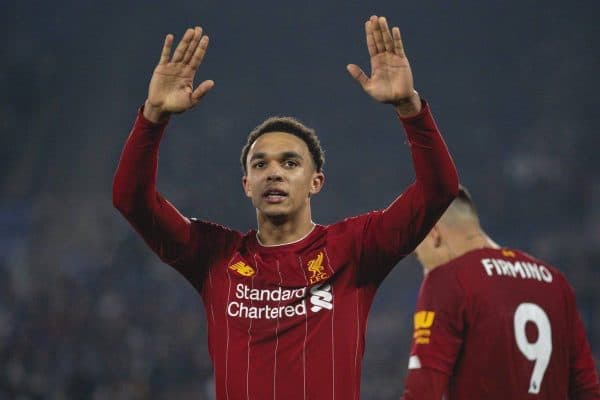 There have been only three goalless draws in 101 league clashes between the teams, with two coming at Leicester – in 1998 and 2004.

Liverpool have scored two or more goals in six of the last 10 league visits, but have kept two clean sheets in the last 11 league trips to Leicester.

They have scored nine goals in the last three visits to the King Power.

Roberto Firmino has scored more Premier League goals against Leicester than any other Reds player of the era.

He has six from 11 appearances, one more than Robbie Fowler managed.

Should Firmino score today he will be the first Liverpool player to score at Leicester in three successive seasons since Ronnie Whelan (1984-86).

Mane has netted four times in his eight games against Leicester while Mo Salah has scored three goals in six appearances against today’s opponents.

Salah has scored 21 goals in league and cup this season, one fewer than the whole of the 2019/20 campaign. 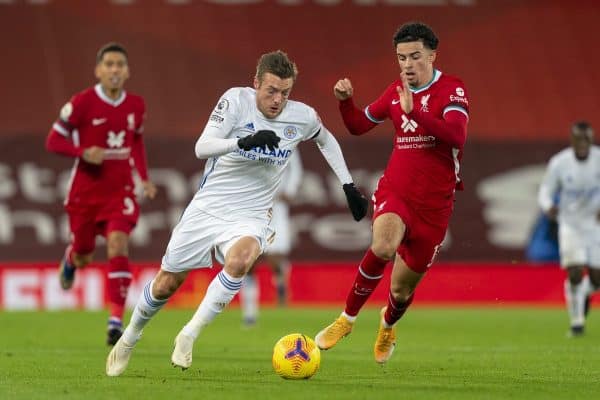 Only Ernie Hine (11) has scored more goals for Leicester against Liverpool than Jamie Vardy who has seven from 12 appearances.

Vardy has scored 39 Premier League goals against teams from the established ‘big six’ since August 2014.

Anthony Taylor refereed the King Power clash between the teams in September 2017 with Liverpool winning 3-2.

He has awarded four penalties to Leicester in their last two games.

Leicester have been awarded 10 penalties in the league this season – three more than any other top-flight team – but with only two in the last 15 games.

Each of James Milner’s last two league goals for Liverpool have come against the Foxes and both from the penalty spot.