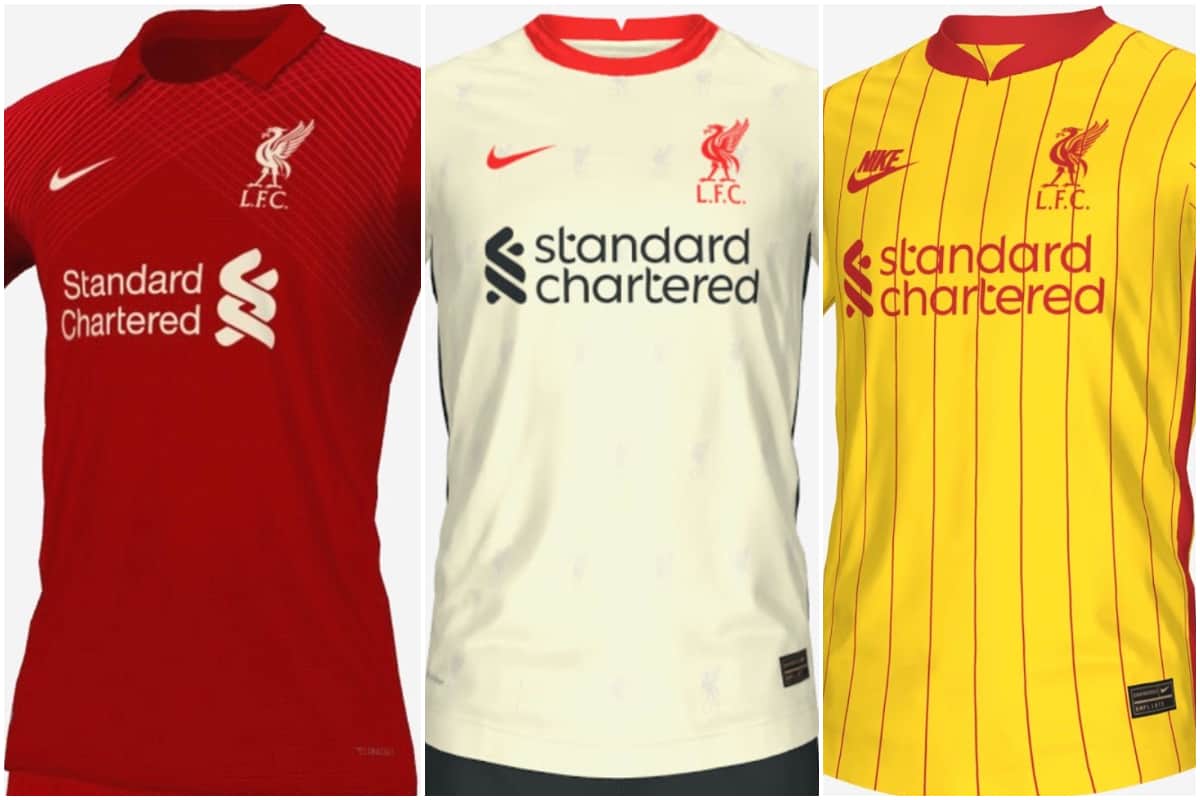 Liverpool are believed to have agreed designs with Nike for their home, away and third kits for the 2021/22 campaign. So how could the Reds’ new shirts look next season?

This is the first season that has seen Jurgen Klopp‘s side take to the field wearing Nike, following the agreement of a long-term deal with the American manufacturer.

Nike will provide Liverpool’s kits and merchandise for the foreseeable future, and while the basic per-season rate brought in is lower than their previous terms with New Balance, a sizeable cut of the royalties makes it hugely lucrative.

Next season could prove even more successful, if leaked design information and concept kits via the reliable Footy Headlines are anything to go by. 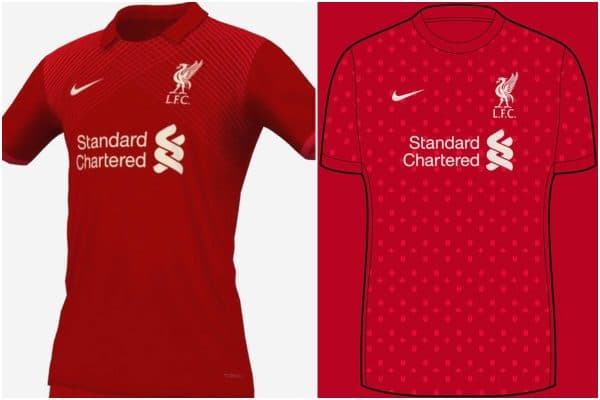 Footy Headlines claim the colour scheme for next season’s home kit will be predominantly ‘gym red’, with ‘bright crimson’ and ‘fossil’ accents.

This has been interpreted as ‘bright crimson’ offsetting the ‘gym red’ colouring, with ‘fossil’ being used for all trims, badges and sponsors.

In one concept kit provided by Footy Headlines, this has been formatted into a shirt similar to that of the 2018/19 campaign under New Balance, with a polo neck and a fairly simple design.

Another, provided by @BromleyKits below, is perhaps more in keeping with Nike’s recent designs, with a crew neck and an all-over pattern utilising ‘gym red’ and ‘bright crimson’:

The latter seems more likely, but there is little concrete information at this stage. 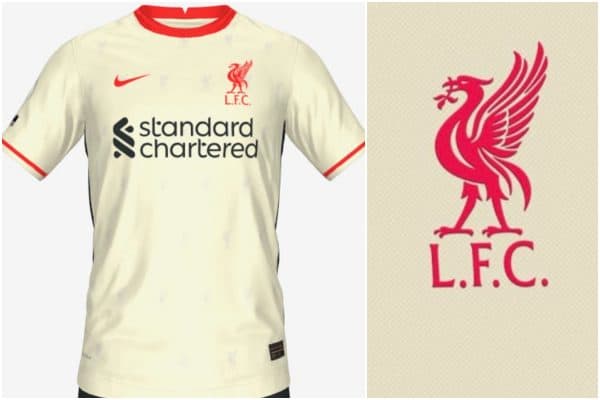 The first of two throwback designs for 2021/22 will see Liverpool’s next away kit being ‘fossil’ with ‘bright crimson’ and ‘dark atomic teal’ accents, recalling the iconic ‘ecru’ kit of 1996/97.

Like this season’s ‘hyper turquoise’ all-over print away kit, it could be that Nike’s next offering for games not played at Anfield could be more adventurous.

But concept designs have been largely plain, and more reminiscent of the kit worn by Roy Evans’ side almost 25 years ago, including one below from @fumlerRawk:

UPDATE: from what I understand, the shorts will be black and fossil(ecru) for the away kit 21/22.

Another from @BromleyKits, however, features diagonal lines across the shirt in ‘dark atomic teal’: 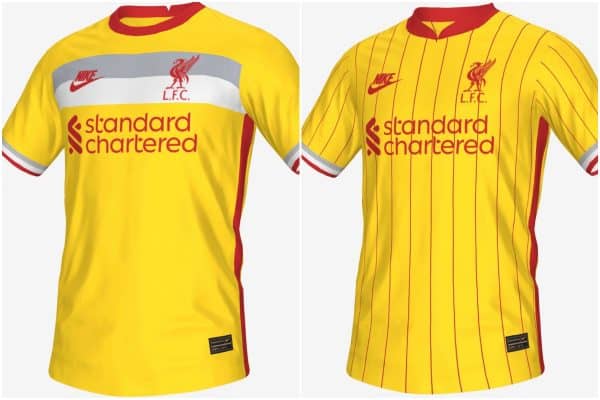 Liverpool’s next third kit is likely to be the most popular of Nike’s releases for 2021/22, if the leaked colour scheme of yellow with red, grey and white accents comes to reality.

Footy Headlines have provided two concepts, with one very similar to the iconic pinstripe kits of the early 1980s.

Another provided by @BromleyKits also features red pinstripes, with red-and-white collar and cuffs and red logos:

Nike will not unveil their new Liverpool kits for the 2021/22 campaign until the summer, with the away and third designs likely to be released after the home kit.

And while concept kits are just that, and no indication of the final design, many of those produced would prove hugely popular among fans if Klopp’s Reds wore them next season.