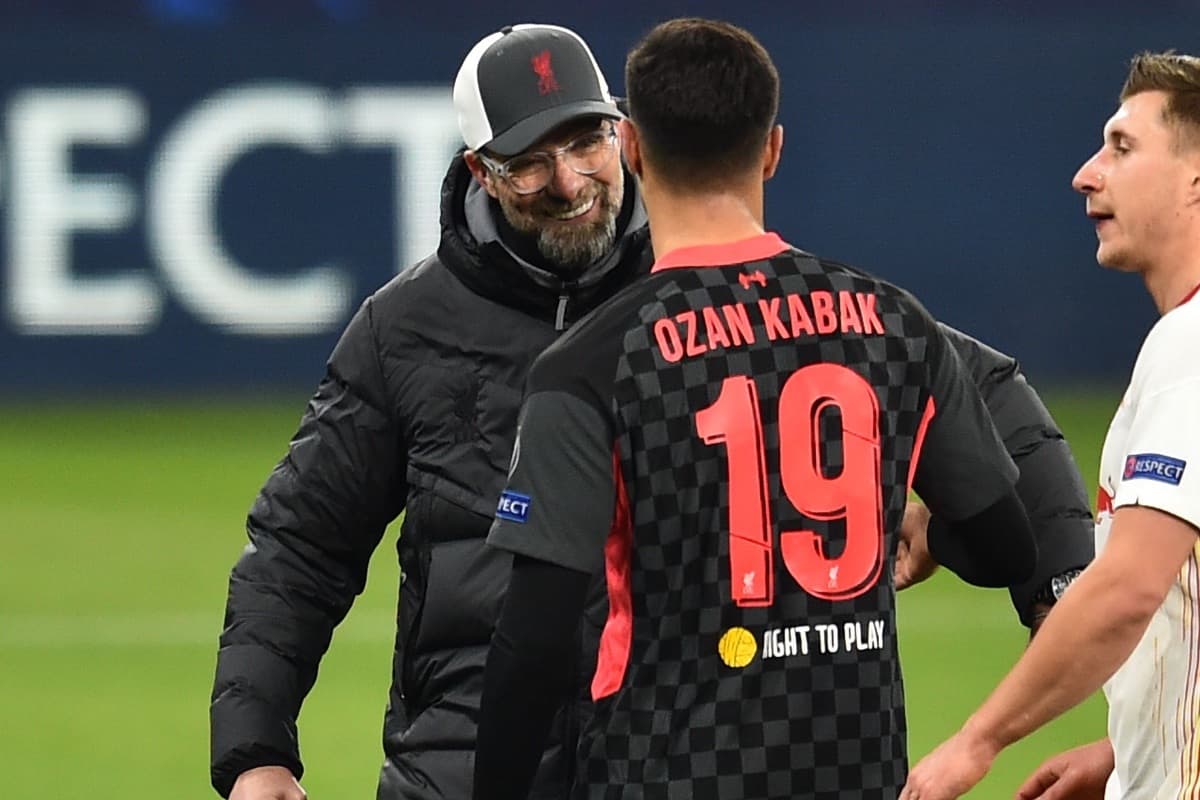 Ozan Kabak has reflected on a “special” first win and clean sheet for Liverpool, but admits he needs “a little bit of time to adapt” to a side boasting “a lot of stars.”

Kabak became the first Turk to represent an English side in the Champions League when he started Tuesday night’s 2-0 victory over RB Leipzig, and is the only Turkish-born player to play for Liverpool.

After a costly mixup with Alisson during the weekend’s defeat to Leicester, the 20-year-old produced an emphatic response as he stood out in a dominant display in Budapest.

No player made more tackles (four) or interceptions (three) than Kabak, who also caught the eye with his use of the ball and powers of recovery in the air and on the ground.

Speaking to LFCTV after the game, Kabak described the night as “so special,” and with it being only his second outing for the club – just over two weeks after signing on loan for Schalke – he said he would improve “with time.”

“It will be so special for me, because it’s my first clean sheet and my first win in this jersey,” the centre-back said.

“I need to have a little bit of time to adapt there. With time, I will be better, I think.”

Klopp was full of praise for his new No. 19 in his post-match press conference, saying: “I think his attitude was good, very happy with his performance.” 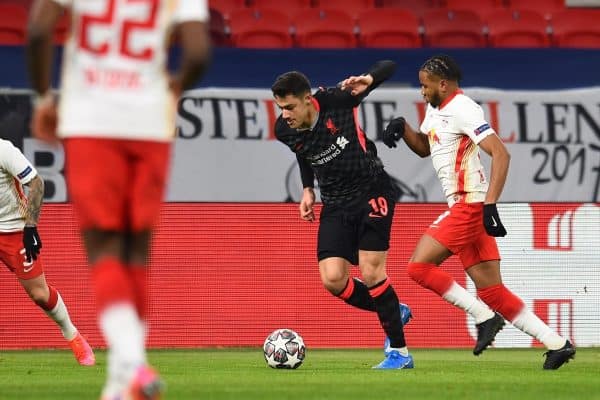 Kabak seems to have a mature head on his shoulders despite only turning 21 next month, and he assessed Liverpool’s mixed fortunes with clarity.

Like Klopp, the Turk believes performances of late have not matched the Reds’ results, having dominated in a similar vein against both Leicester and Leipzig, and he hopes Liverpool can start to pick up points after Tuesday’s boost.

“The last three games in the Premier League we lost, but we played very well I think,” he said.

“We lost, that’s football. Sometimes you can play and win, sometimes you play good and you can lose.

“I hope if we continue to play like this we will win the next Premier League games.”

As a natural centre-back, with top-flight experience and vast potential, Kabak can serve as the bedrock of Klopp’s new-look defence for the rest of the season.

That he was able to recover from a disheartening debut at the King Power to excel in the Champions League is a real positive, and hopefully, Kabak can build on this with another strong showing in the Merseyside derby.