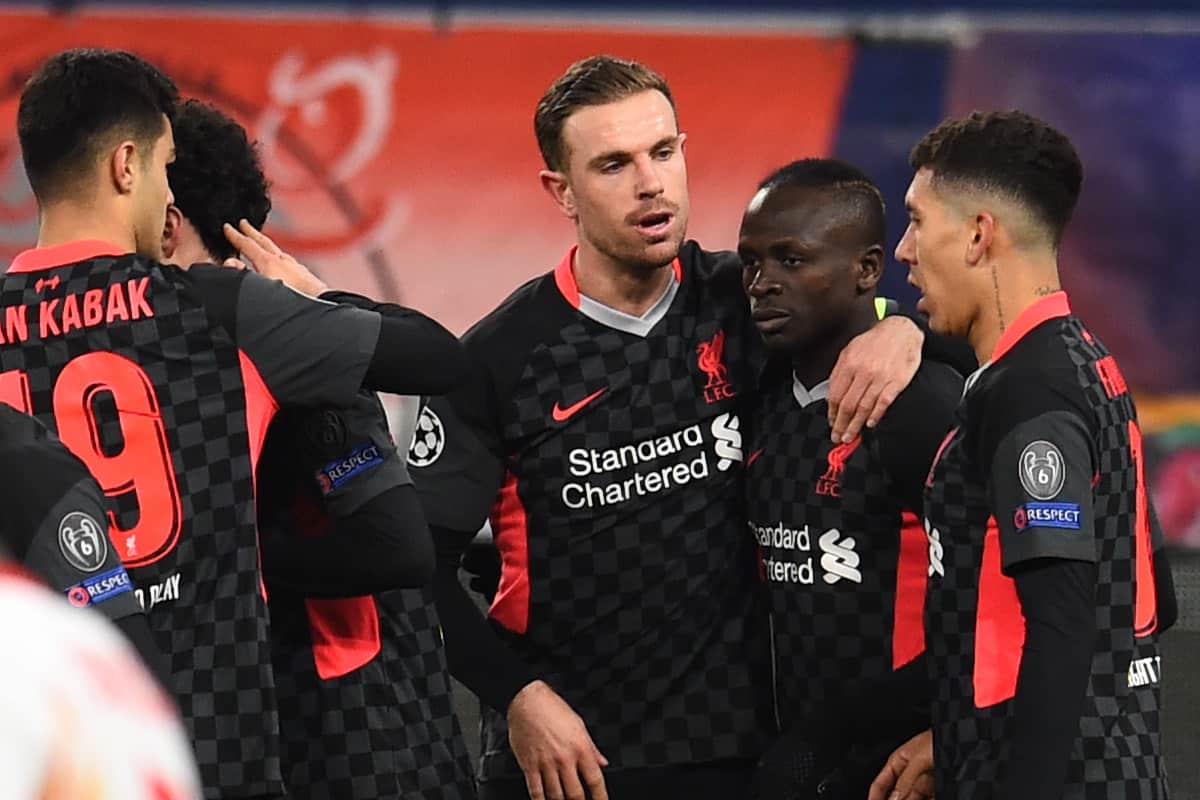 Liverpool scored twice away from home, kept a clean sheet, saw out a win – the whole lot in fact, as they returned to form in the Champions League against Leipzig.

Some questionable footwork belied the fact he’s probably lacking confidence right now. It’s unclear whether he actually got anything on Olmo’s early header but we’re willing to give him the benefit of the doubt, because he’s ours. Top save!

Even better was after the restart with his one-on-one stop against Nkunku.

Early passes, decent delivery, good tackling – the first half was Trent somewhere near his top rhythm, if not his absolute most elite, accurate best.

Same again after the break, but extra points for some very good defensive work in stopping Angelino and Co.

Did well with a couple of challenges stepping out of the defensive line, though also got himself in a pickle with the ball at his feet once or twice.

Rash tackle for his yellow card. Bit Skrtel/Lovren-esque with that. But then also made a tremendous recovery run to chest a through-ball away from danger. Big Jurgen hug for him at the end, too. 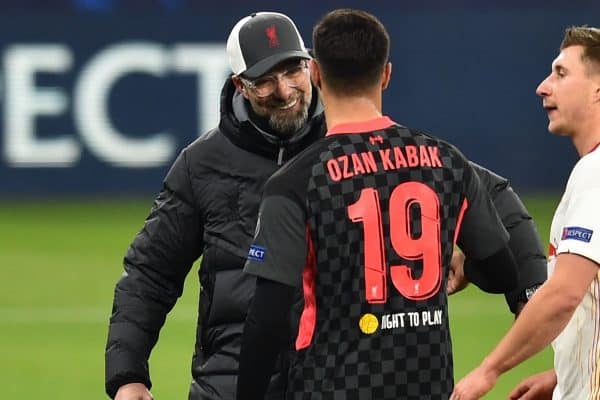 Won a big header to stop a counter-attack and his passing from deep was great for the most part.

Again, runners behind and off him are a concern, as you’d expect, as he just doesn’t know where to be for them or have the recovery pace of a Gomez or Virgil – Olmo headed over from one and Nkunku saw a shot saved from another, before Hwang’s big late chance at the end.

Hendo can’t really be ‘blamed’ for that as it’s simply not his role or his game, but hopefully, he can quickly learn and adjust his positioning accordingly while he’s needed in the backline.

If that shot goes in, the Goal of the 2020s award is already sewn up! He’d still be running around celebrating it now.

Largely good throughout, a few wayward balls and dribbles but his usual combative self off the ball.

Gini barely put a foot wrong here – he was another candidate for top Red on the night.

Lots of good turning away from danger, always available to take the ball off the back four or goalkeeper and rarely let the Leipzig midfielders run in behind him. 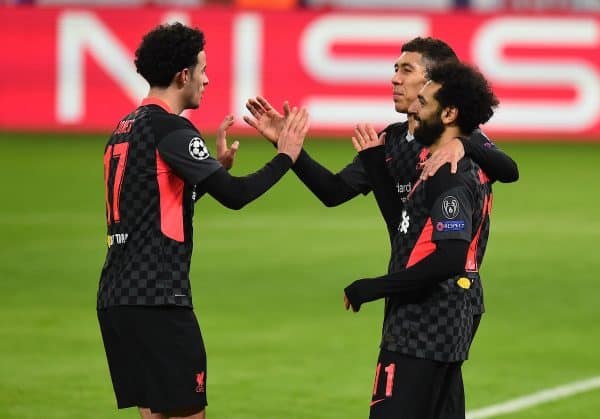 After his customary ‘Foul in Sixty Seconds’ opening, this was approaching top-drawer Thiago. Lots of control, finding spaces between the lines, protecting the defence with recovery runs and some good movement to support the attack.

We heard Jurgen screaming at him for much of the second half, so clearly, there’s still a bit to learn in terms of off-the-ball positional play, but that will surely come.

The Reds’ best player overall – the Scouser was brilliant.

He shielded the ball from challengers, took players on to open up space, worked hard off the ball and linked play in attack.

Jones’ use of possession was really intelligent, he was very ‘brave’ in his decision-making, to use Jurgen’s word, and he simply didn’t look out of place on a big European night.

Could have scored or squared when Gulacsi saved his big first-half chance, but he kept making the runs and caused Leipzig a lot of problems.

The form he’s in, giving him a free run on goal isn’t ideal and Mo made no mistake after the break – seven in seven and more goals this season than last, even though we’re only in February.

Much better from Bobby – loads of running and closing down, some good link play when the chance arose and a fair good runs himself which didn’t always get the pass they deserved.

Decent cross for Mane’s header, too.

Hopefully, this is Sadio on his way back to his best. He hasn’t been among the goals of late but you’d never know that by his cool finish.

Could have scored another if chances had fallen his way, but worked hard throughout and was generally responsible for a lot of Leipzig’s dreadful passing out of defence.

Not quite happening for him at the moment. Keep working at it, Ox.

Picking the team was easy due to the names available, but the tactics were spot on with a high and aggressive press.

More than that, Jurgen alluded to having loads of energy at the start of the week – he showed that here.

He was shouting non-stop at the whole side, urging them on and telling them well done for the most minor success on the pitch.

Jurgen deserves this result as much as the rest of the players.