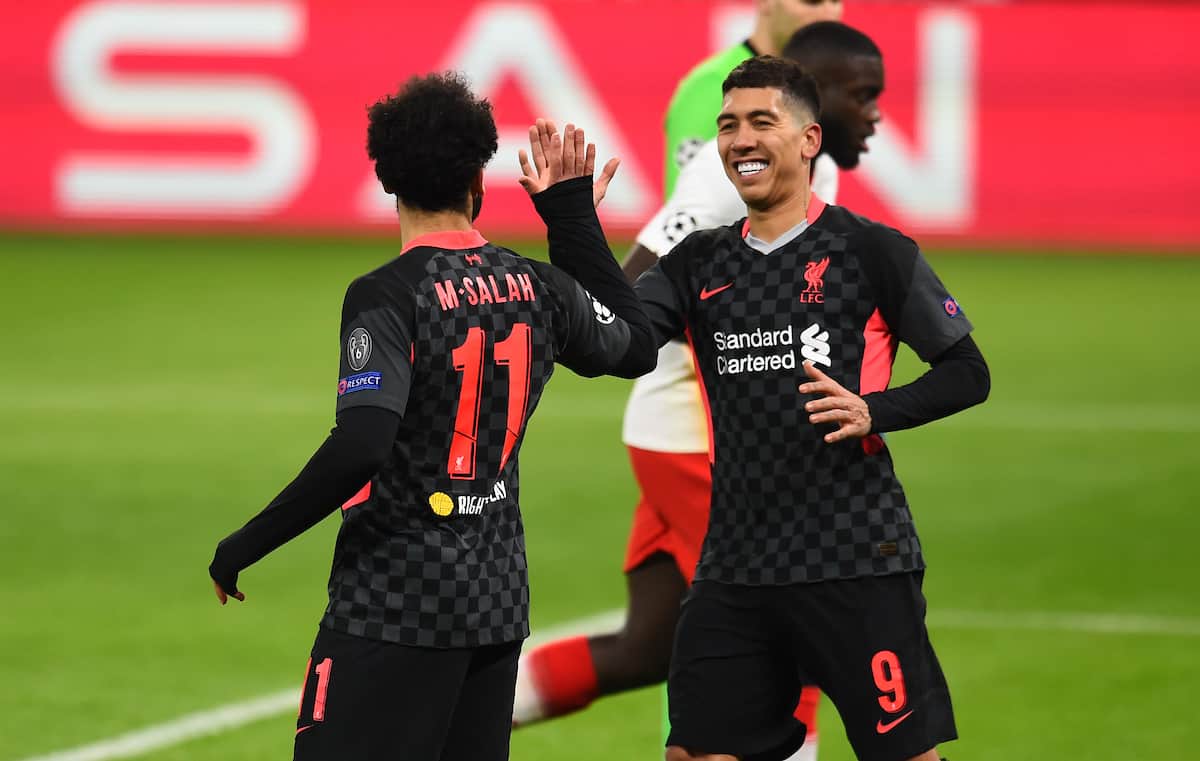 Liverpool put in a team performance to be admired as they dispatched Leipzig 2-0 in Budapest, and fans were rightly over the moon with the victory and timely clean sheet.

Budapest was the location and a victory was the result for Liverpool as they met Leipzig for the very first time in their last-16 tie.

It was a dominant first half from the Reds which saw Leipzig on the receiving end of relentless pressure on and off the ball, but there would be no final product where it mattered.

But the pressure would pay dividends in the second as Leipzig paid the price for two sloppy pieces of play, with Mohamed Salah and Sadio Mane both ruthlessly finding the net.

Both sides would flirt in the opposition’s final third but Liverpool would safely navigate the final stages in a confidence-boosting victory which set the perfect foundations for the reverse fixture.

A really dominant, composed Champions League performance, that. Exactly what was needed.

What a joy it's been to watch the Reds enjoying themselves again tonight.

Performance far more important than result for @LFC v Leipzig: high-tempo, energetic press returned, passing faster & more incisive, Klopp back to vocal & ebullient best, front 3 looked more of a unit than they have for a while, positives in defence – & no sliding Thiago tackles

We can build on that now. Up the fucking reds.

If ever a win was needed. Professional job throughout. Sort of performance this team has shown it’s capable of every week. Resolute, and ruthless. #LFCdigest

Massive win and confidence boost for Liverpool. A very impressive away performance.

The pressure & clinical finishes were lauded by Reds…

football is better when your opponents make the errors and you don’t for a change: my column

To err is human, to score Mo Salah's divine right.

Salah has now surpassed his goal tally from the entirety of last season.

A gift from Leipzig but takes nothing away from the finish. Clinical.

“It’s amazing what the confidence does when we score. What we’ve done differently here compared to the weekend is scored a second. It’s priceless when you’re in our position.”

That’s the rub of the green Liverpool haven’t had in an eternity. Glad Sadio Mané scored; he’s lacked confidence of late.

No doubt they’re poor defensive errors, but they’ve been pressured into them.

Jones caught they eye with another mature & impressive outing…

I love Curtis Jones by the way, looks like he’s being playing in the 1st team for years.

Curtis Jones controlling the midfield in a CL knockout tie at 20. What a talent

I think Curtis Jones is close to becoming my favourite player not gonna lie.

Very impressed with Jones tonight, both on and off the ball. An incredible talent.

Curtis Jones' development over the past 12/18 months has been absolutely immense. From being an option in the domestic cups to shining at the highest level. #LFC

Curtis Jones. Has seen LFC sign a number of midfielders over the last few years but worked hard and taken advantage of every opportunity he has been given. He is now an integral member of this team. Outstanding player

And other Reds also got their share of praise…

“Bobby’s best game in a year this. Been superb and lively.”

– Magnus on the forums.

Football has changed, of course, and eras are different but for Mohamed Salah to score as many goals in 3 and a bit years, to draw level with Ian St John (10 years at Liverpool) in the scoring list is remarkable. Be under no illusion Salah will go down as an all-time great ?

Words can't describe my love for Jordan Henderson what a fucking player,sets the example and tone for us every game even from CB,ultimate professional.

Wijnaldum is going to take some replacing in this squad.

Impressed with Kabak tonight. Read the game really well, composed and tidy in possession, aggressive in the right moments. Something to build on.

Fantastic from all of them. What a result. Kabak superb tonight, he can build on that performance.