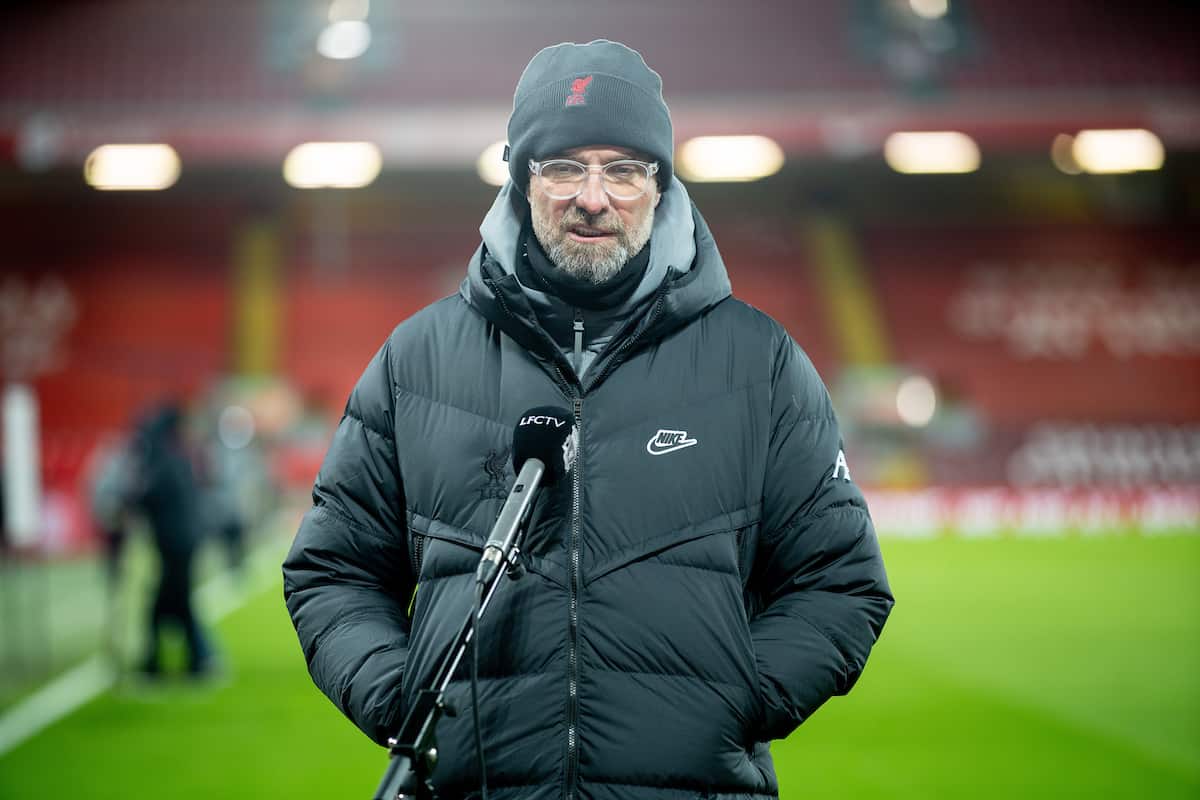 Jurgen Klopp was still looking to pick out positives in the performance following the 4-1 defeat to Man City, but did rue the “two massive mistakes” which effectively ended the game.

Liverpool hosted Man City on Sunday under no illusions as to what defeat would spell, with Pep Guardiola’s side having already amassed a seven-point buffer with a game in hand.

And any faint hopes of retaining the title were all but snuffed out as City piled on four goals, with Mohamed Salah temporarily having levelled the scores from the spot early in the second.

But a rare nightmare two minutes from Alisson would ultimately prove the deciding factor to leave Liverpool to shift their focus to clinching a top-four spot.

After the game, Klopp touched on the “massive” mistakes but was quick to stress that moments like those can happen and that his No. 1 will bounce back.

“We made two massive mistakes. Pretty much game over,” Klopp told reporters post-match.

“In a game where you have such a good moment, these two goals obviously killed off the game. The result was the opposite of what we want, but the performance was what we wanted for the majority of the game.

“I spoke to [Alisson] a few seconds ago. He’s obviously very disappointed. You cannot decide when you make mistakes, you can only learn from them. Tonight it was decisive, but he saved our lives how often? He’s a world-class goalie.

“I said to Alisson ‘we have stands, you can shoot a ball there…’

“In the first half, Ali played exceptional football. Then in the second half, he didn’t in the beginning. We all had nights like this. Tomorrow he will be OK again.”

There was also room for perspective from the boss as he assessed both the result and the performance.

“There are worse things in the world than losing a football game,” he continued.

“To us, it’s very important, no doubt, but I want them to understand that if they played football like they did for most of this game, they would have more points.”

It was also confirmed that Andy Robertson‘s withdrawal was not due to injury, meaning he will be fit to start when Liverpool meet Leicester on Saturday afternoon. A big week of training awaits.