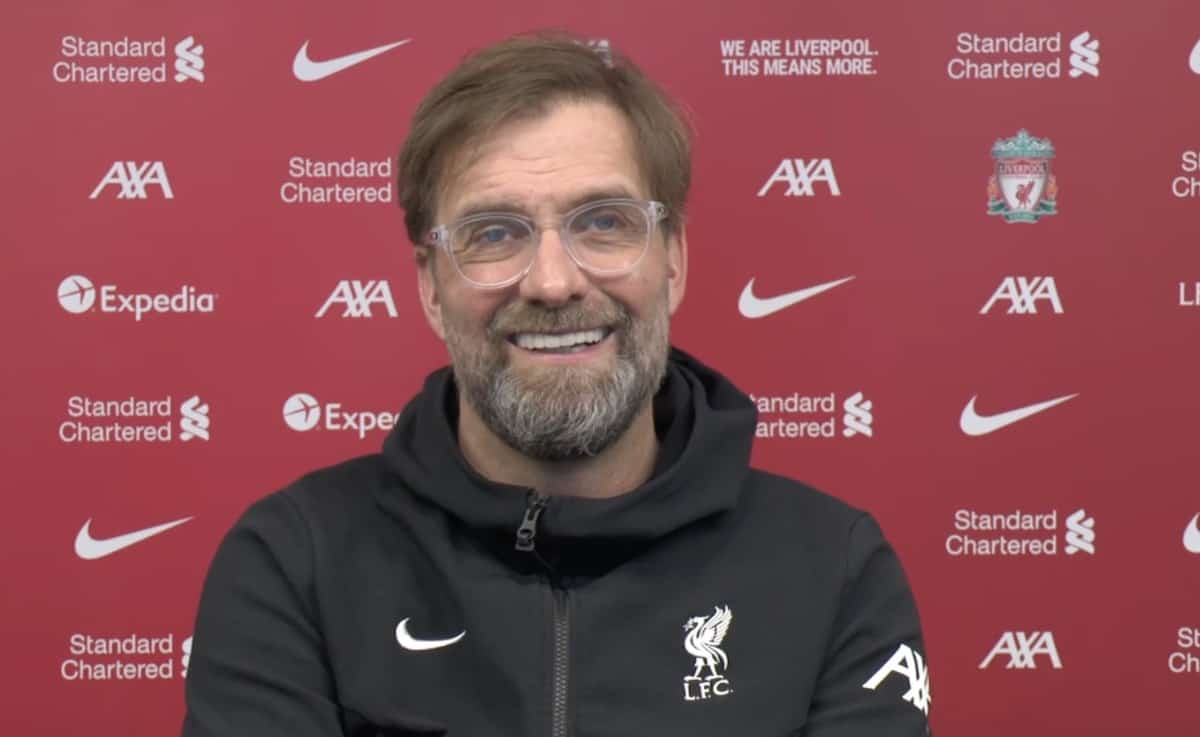 Liverpool take on Everton in a Merseyside derby still clouded by the reverse fixture at Goodison, but Jurgen Klopp insists his side won’t “carry” anything from that day.

The Reds were held to a 2-2 draw in October, with Virgil van Dijk suffering a season-ending knee injury, Thiago also sidelined for two-and-a-half months and Jordan Henderson‘s last-minute winner ruled out for a questionable offside.

It was a bitter afternoon for Liverpool that has had ramifications on the rest of the campaign, which sets up the visit of Everton on Saturday as a tense one.

But Klopp believes his side will not harbour ill feeling as they prepare for the derby, instead telling reporters that the fact it is a derby will be enough to motivate them.

“Nothing will be carried into tomorrow. That’s how it is,” he insisted.

“A week later, two weeks later, three weeks later when we got the diagnosis [for Van Dijk], it was good that we didn’t play Everton immediately again, let me say it like this.

“That’s how it is. We are all human beings and of course, it was not nice.

“But now that’s long gone and we just don’t think about that anymore.

“It’s a derby, still a derby and that’s enough to be motivated on the absolute highest level and trying to play the best possible football you can play. That’s it, pretty much.”

Klopp will be without Fabinho, James Milner and Diogo Jota on Saturday, with the trio all “closer” but “not close enough for the weekend,” but Naby Keita could be involved.

Alisson and Ozan Kabak are expected to start, and both received considerable praise from the manager in his press conference after helping keep a clean sheet in Tuesday’s 2-0 win over RB Leipzig.

“Everybody knows how important the defence, in general, is for being successful, and in our case it’s no different,” he explained.