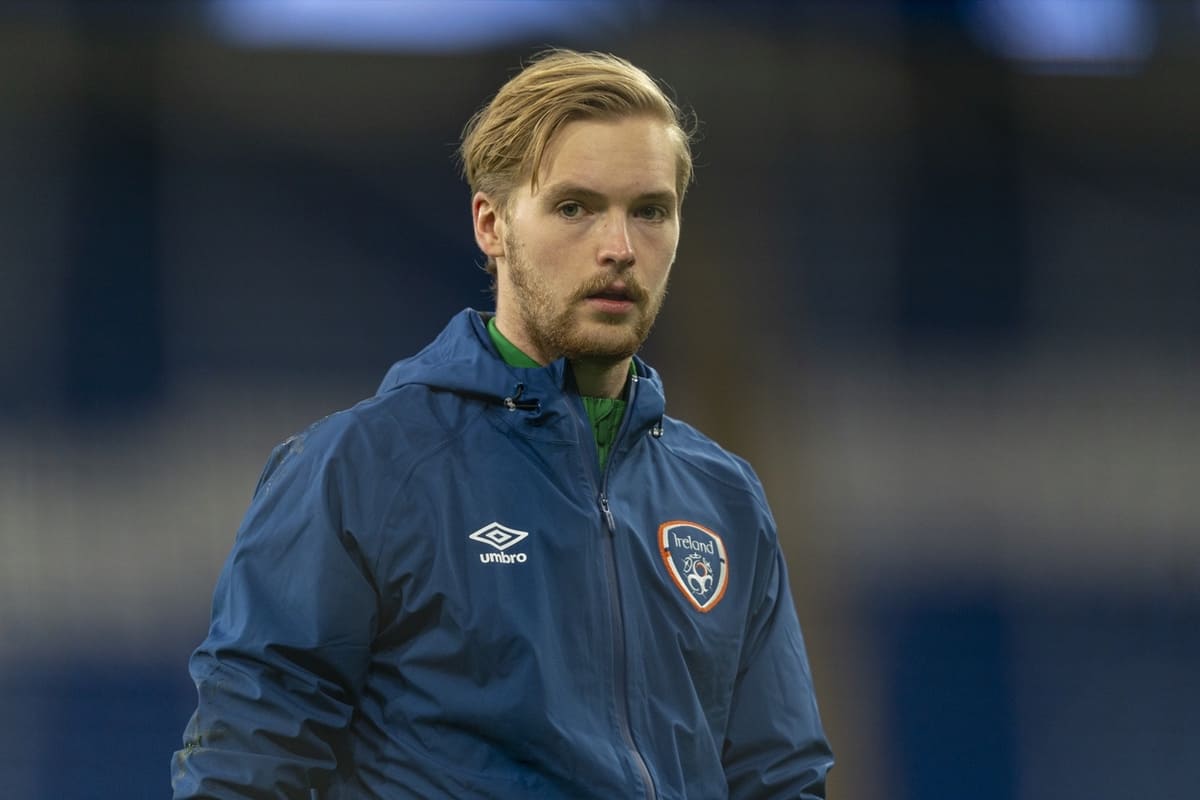 Caoimhin Kelleher has lost the chance to make his senior Ireland debut this month after being withdrawn from Stephen Kenny’s squad due to a persistent stomach muscle tear injury.

The 22-year-old had been expected to be handed Ireland’s No. 1 jersey for their three World Cup qualifiers in March against Serbia, Luxembourg and Qatar.

It would have capped off a memorable three months for the Cork native after making his Premier League and Champions League bows for Liverpool back in December.

However, while Kenny had named Kelleher in his 29-man squad and hoped that he had overcome the abdominal injury which has kept him sidelined for eight of Liverpool’s last nine games, he has now returned to Merseyside.

Ireland confirmed the news on Sunday just three days out from their opening game.

Kelleher had been in line to make his senior debut as regular No. 1 Darren Randolph is sidelined with hip and thigh issues, which left the door ajar.

But his ongoing injury had another thing in mind and he will now continue his recovery back in Liverpool, meaning Rochdale’s Gavin Bazunu, on loan from Man City, is expected to get the nod.

It will be bitterly disappointing for Kelleher after what has been a memorable season to date for the 22-year-old after elevating himself to second-choice ‘keeper under Jurgen Klopp.

The hope now will be that an extra 11 days in the treatment room can see him make his return to Liverpool’s matchday squad against Arsenal.