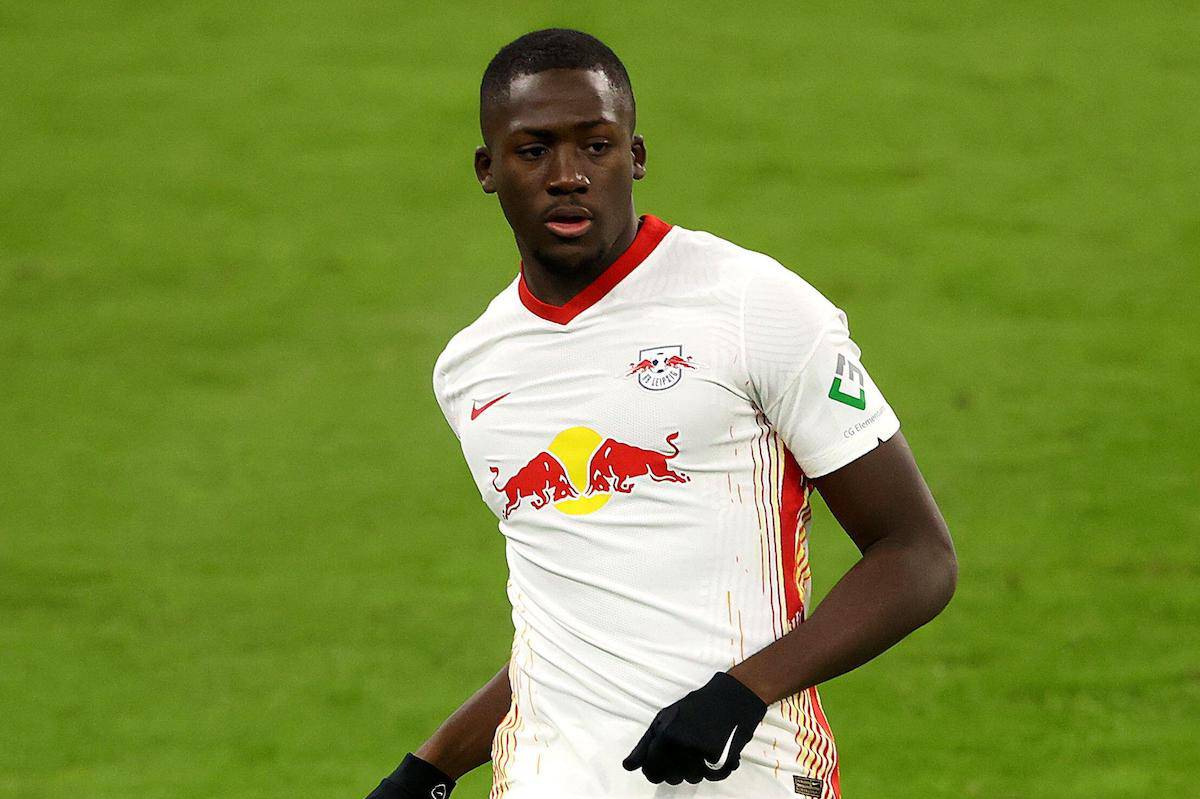 Liverpool are said to be close to finalising a deal for centre-back Ibrahima Konate ahead of a move this summer, we take a closer look at the Frenchman.

Reports emerged on Monday morning of a deal for the 21-year-old being close to completion with RB Leipzig.

Konate is highly-rated, that’s clear, and his age and main qualities certainly fit the profile of player Liverpool would want to bring to Anfield.

He’s 21, he’s 6ft 4, he’s quick, he’s very good in the air, he’s a right-sided centre-back, and he has a release clause which makes him very attainable.

Born in Paris, of Malian descent, Konate moved from Sochaux to RB Leipzig in 2017, aged just 18.

Known as ‘Ibu’ by teammates, he has been claimed to be high among Liverpool’s targets at centre-back for some time. A move may have even happened in January had the two teams not met in the Champions League.

He has vast experience in Europe’s top competition given his age, and is extremely highly rated. The general view being that he is raw but with very high potential. He’s previously been linked with Real Madrid and Man United, among others.

He’s a right-footed, predominantly right-sided centre-back, who enjoys bringing the ball out from the back – which sounds ideal!

Konate is yet to make his full French debut, but is a regular at the under-21 level.

At 6ft 4, he’s incredibly good in the air, with a good leap and his height making for almost Van Dijk-like aerial prowess.

He also has good pace – which, as we have seen this season, is absolutely crucial for Liverpool’s overall system to work for the Reds’ use of a high defensive line (and also why Liverpool need to sign a new centre-back with these qualities this summer).

When it comes to duels (tackling, dribbling, headers) he is ‘Like Joe Gomez, but better’ according to data put together by the Athletic.

One of his major strengths is his comfort in dribbling the ball out from the back, considered “better than any of Liverpool’s current options” in the position in one-on-one situations.

And where he needs to improve?

In an in-depth scout report, Tom Worville writes that Konate’s “ability to retain possession leaves a lot to be desired.” So that’s clearly an area he needs to improve.

But at age 21, it’s certainly something that can be coached and improved. It isn’t a fundamental flaw, that’s for sure.

He’ll need to improve his long-range passing, which Liverpool’s centre-backs utilise to break teams down and switch play.

It should be noted, though, that his passing style could be partly due to what he’s being asked to do at Leipzig, with his ability to dribble the ball out from the back being a tactic to invite the press from opponents.

How much will he cost?

Konate signed a new deal with Leipzig in 2019, which expires in 2023, but crucially has a €41 million (£36m) release clause – which is what Liverpool have activated.

It makes him a very attainable prospect given his undoubted ability and potential.

How come he didn’t play against Liverpool?

He was returning from an ankle injury suffered in December which saw him sidelined for seven games.

He was an unused sub in both games against Liverpool, and in between had made three sub appearances in the Bundesliga.

Before that, he’d played in all of Leipzig’s Champions League group games, including against PSG and Man United.

Well, not quite, the key difference here is ‘injured’ or ‘injury prone’ — the latter being more what Joel Matip is.

Konate has had two injuries in the last two seasons – one which was a serious injury that kept him out for almost a full season. Whereas a player like Matip has had constant small injuries one after another.

Injuries happen, you wouldn’t see many clubs turn down the chance to sign Virgil van Dijk because he’s been injured this season.

What would it mean for the other centre-backs?

You have to remember that Van Dijk, Gomez and Matip are all returning from long injury lay-offs and won’t be returning to play every game, particularly in the case of Gomez, while Ozan Kabak is not to be retained.

It could be a very stop-start season for either or both of Gomez and Van Dijk, while it wouldn’t be a surprise if Matip was moved on if the right bid came in – if not, he’s an ideal utility backup centre-back.

Nat Phillips may have enjoyed a cult-like emergence of late, but pragmatically speaking he isn’t part of the long-term picture.