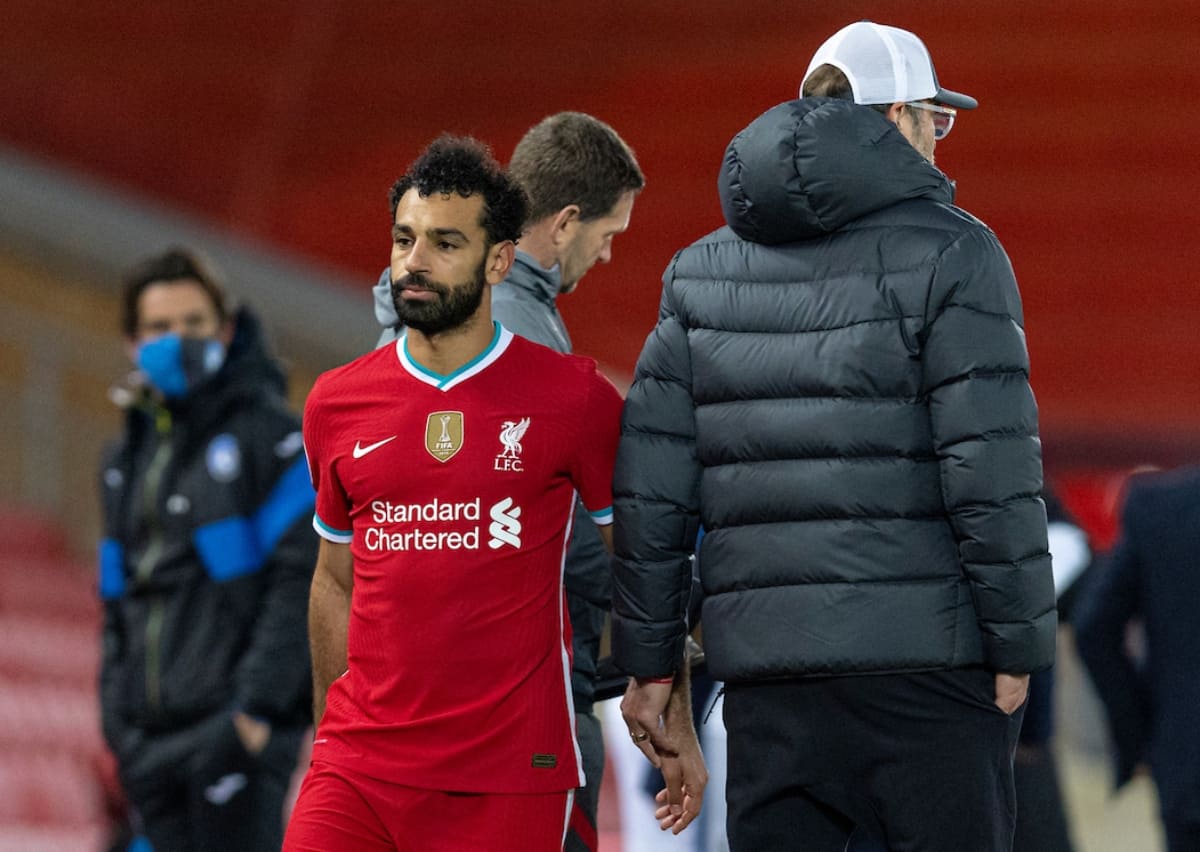 Liverpool manager Jurgen Klopp does not believe the Mohamed Salah situation warrants “a proper talk” and insists he cannot make substitutions on the basis of what reaction it creates.

The Egypt international showed his displeasure at being withdrawn after barely an hour in the 1-0 defeat to Chelsea, which consigned the Reds to a fifth successive home league defeat and the worst run in their history, by shaking his head as he sat in the stands.

Klopp insists he took off the Premier League’s leading scorer because he thought he was feeling the intensity of the game and while he admits he cannot guarantee there will not come a point when he has to address the issue with Salah, now is not that time.

“I’m not even sure if this situation is now a reason for a ‘proper talk’ about it,” he said.

“We are 1-0 down, that makes no player happy. You go off and you react in different ways because you are not happy.

“You get subbed, you are a striker and you think you should stay on the pitch. That’s all completely clear and not an issue, it is just normal life.

“In the situation when you make a decision like that he looked, for me, like he felt the intensity. He probably saw it completely differently and that is completely fine.

“It’s not the most important thing in the world, maybe 30 mins without Mo Salah is why he can play again on Sunday.

“We make these decisions in the moment and not with any thoughts in behind, the problem only is you only have to explain it after the game and the day after the game.

“These kind of stories (rumours of unhappiness) so far didn’t happen. I cannot guarantee for the future and for all times it will never happen but these kind of discussions we never had.

“It is completely normal: I make a decision, the boys accept it, no-one feels that he has nothing to do with the situation and he is not responsible for it.

“I cannot not change a player just because it creates a story. You do it because you think in the moment it’s right.”

Salah has scored 17 Premier League goals this season and needs only one more to register 25 for the season in all competitions for the third time in four seasons at Anfield.

Whereas previously his tally has been supplemented by significant contributions from Sadio Mane and Roberto Firmino, his fellow forwards are well short of their usual numbers.

Mane has just 11 and Firmino six, while Diogo Jota – who made his comeback against Chelsea after three months out with a knee injury – has nine.

Asked whether the responsibility of being the primary scorer contributed to Salah’s frustration, Klopp added: “Absolutely possible of course but I don’t think for him it is pressure, I think he kind of enjoys that.

“It’s not about that. Mo’s goalscoring record is absolutely outstanding again, especially when you look at the consistency.

“We all have to improve. Mo still has a great scoring record and I am sure everyone knows and he knows himself even he could have scored more goals.

“But that, Mo’s goalscoring, is not our problem. But in general we have to improve, 100 per cent.”

While goals have become an issue over recent weeks, Klopp’s long-standing centre-back problems show no sign of easing.

On-loan Schalke defender Ozan Kabak played 90 minutes against Chelsea but reported an issue afterwards which now makes him a doubt for Sunday’s visit of Fulham.