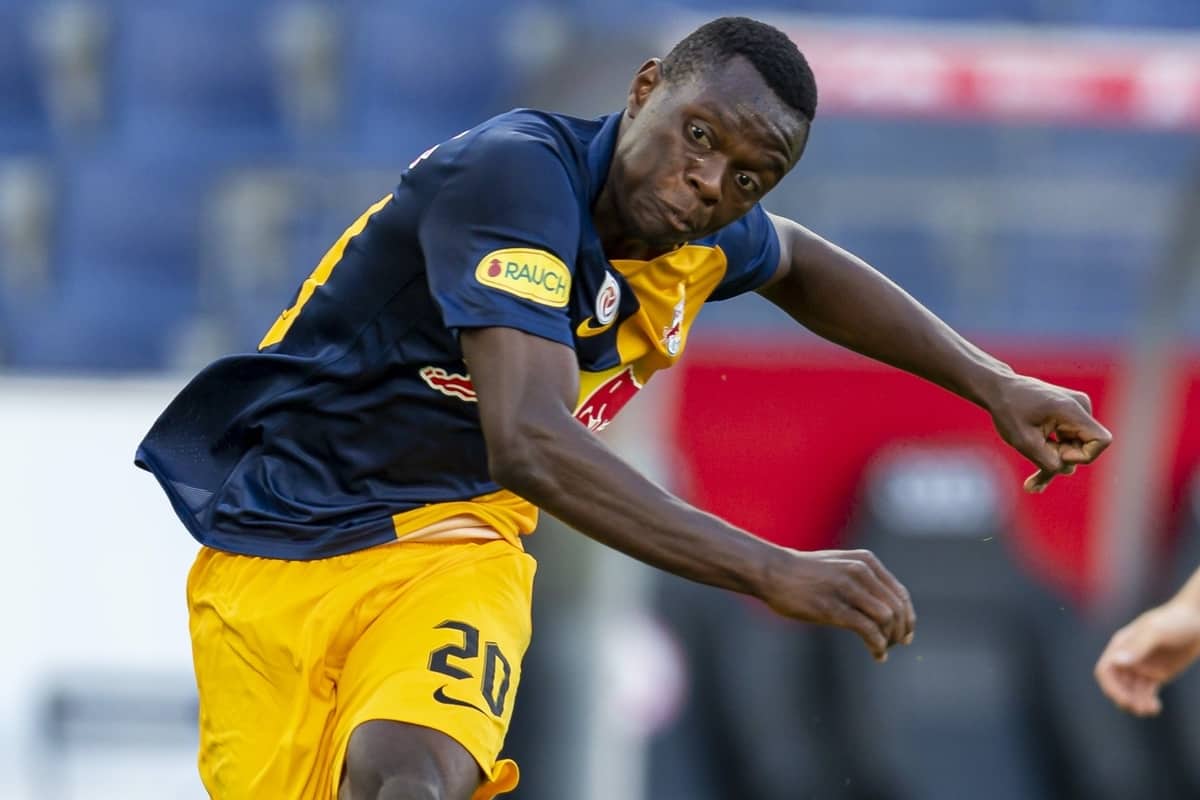 Liverpool have been named among four top Premier League clubs interested in Salzburg striker Patson Daka, who has scored 27 goals in 31 games so far this season.

Daka has been in exceptional form for Salzburg this term, leading the Austrian Bundesliga scoring charts by a gap of six goals, ahead of team-mate Sekou Koita in second.

The 22-year-old is developing into one of the most exciting young strikers in Europe, and that is unsurprisingly leading to interest from outside of Austria ahead of the summer transfer window.

Salzburger Nachrichten claim that Liverpool are among the clubs weighing up a possible move, along with Man City, Man United and Arsenal.

They add that Daka is already valued at around €20 million (£17.3m), and that Salzburg could expect to bring in a transfer fee higher than their current record sale – that being Erling Haaland, who joined Dortmund for €20m in 2019.

It is, of course, unlikely that Daka has the generational potential of Haaland, but the prolific Zambia international could still present a bargain signing in the summer.

Liverpool are expected to bolster their attack at the end of the season, and could do so with the acquisition of players outside of the elite, with Diogo Jota the blueprint following his step up from Wolves.

Daka stands at 6’1″ but is also quick and intelligent with his movement, comfortable running at defences with and without the ball, as he showed with two goals in Salzburg’s 2-2 draw with Liverpool in pre-season.

He could arrive as an alternative to Roberto Firmino, as well as possible dovetailing with the Brazilian along with the likes of Jota, Mohamed Salah and Sadio Mane.

Salah and Mane serve as inspiration to the young striker, as he told BBC Sport in January: “It’s something that gives me the dream that I can also make it.”

“I can be like them. They are my inspiration, knowing that they also come from Africa,” he explained.

“I think when people are making those kind of comparisons, it’s great, looking at the status of Sadio Mane, the kind of football he plays and the kind of person that he is.”

It remains to be seen whether Liverpool would shop directly from Salzburg again, with their preference in the past being to allow players of Daka’s profile to establish themselves at a higher level before making their move.

But given his availability and the likelihood of clubs needing the be smarter with their recruitment in the wake of the COVID-19 pandemic, he could be a worthwhile target.