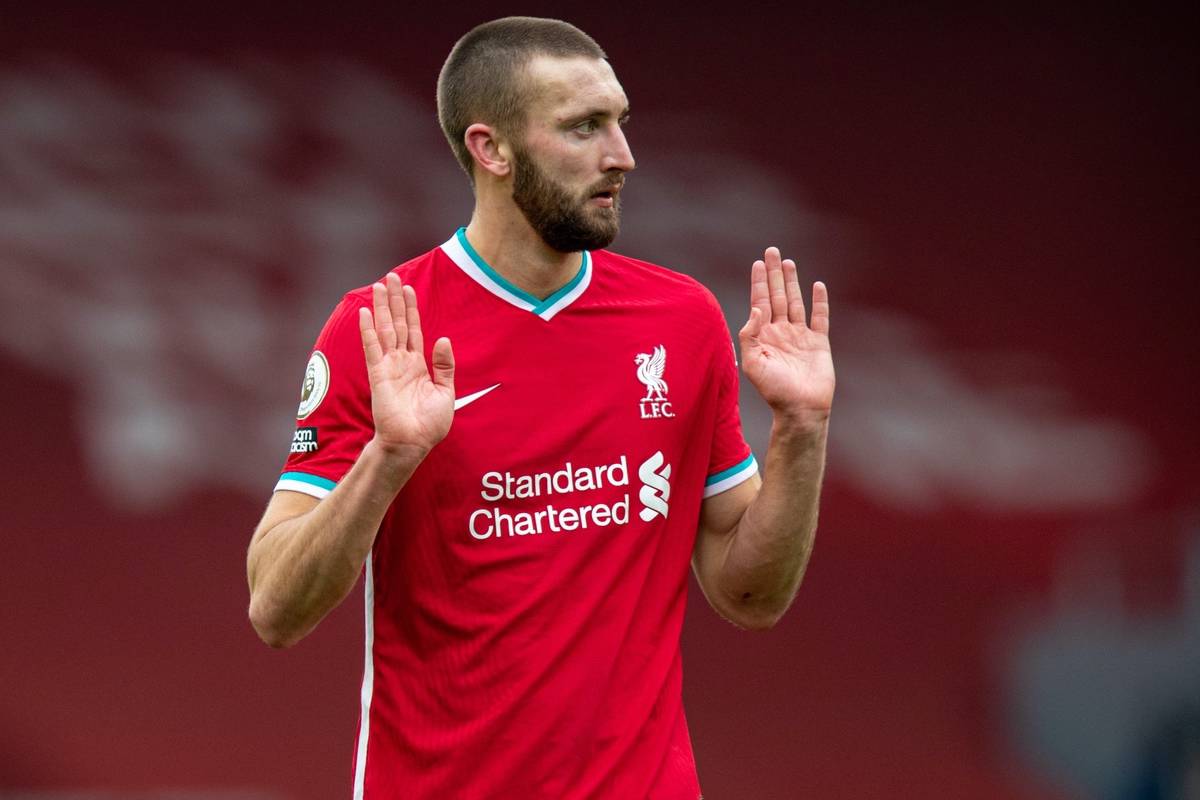 Nat Phillips could stay at Liverpool beyond the end of the season, with the centre-back’s agent rubbishing claims he is in the final months of his contract at Anfield.

Phillips has emerged as a reliable figure for the Reds in this injury-hit campaign, and the 23-year-old made his 10th appearance of the season in Wednesday night’s 2-0 victory over RB Leipzig.

It was his Champions League debut, and Phillips earned plaudits for a battling display alongside Ozan Kabak, particularly in combating the aerial threat of Yussuf Poulsen.

While there are certainly limitations to his game, Phillips has adapted well to the Reds’ system, with there being clear improvements in his passing play to complement his physical attributes.

The No. 47 is likely to keep his place in the absence of Jurgen Klopp‘s more senior options, amid calls to keep him as a long-term fixture in the Liverpool squad.

But clouding these were claims that the former Bolton youth had just four months left on his deal, suggesting he was likely to leave on a free transfer at the end of the season. 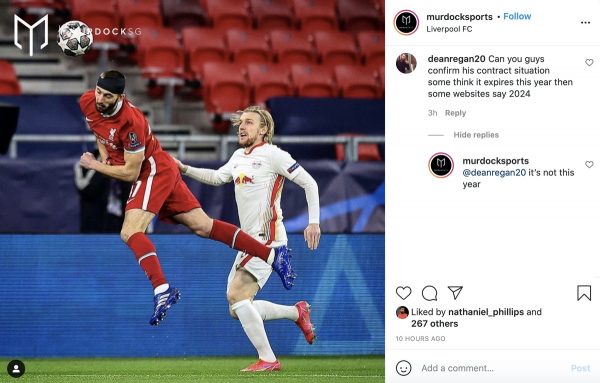 However, Phillips’ representatives, Murdock Sports Group have confirmed that is not the case, and that their client has at least a further year remaining on his terms.

This came via an exchange with a supporter on Instagram who asked: “Can you guys confirm his contract situation? Some think it expires this year, then some websites say 2024.”

“It’s not this year,” was their response, with Phillips last having extended his contract with Liverpool back in 2019, when the club confirmed he had signed a new “long-term” deal prior to his loan move to Stuttgart.

While “long-term” is very ambiguous, it is possible that the centre-back is tied to the club until 2024 as hinted, with a five-year deal often handed to players to secure their futures. 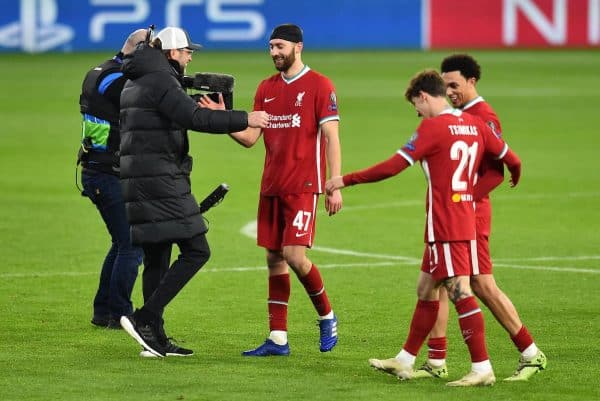 Whether Phillips figures in Klopp’s plans beyond this campaign in lieu of Virgil van Dijk, Joe Gomez and Joel Matip remains to be seen, but the manager was hugely positive about the young defender after the victory over Leipzig.

“That’s absolutely great. The concentration level he shows, now nearly week in, week out since he’s playing for us, is absolutely incredible.

“He’s doing exactly the right things in the right moment. He’s a monster in the air, but you could see it today, he’s not bad football-wise, really good.

“I couldn’t be happier for somebody than I am for Nat in this moment, because it was a great game and not a lot of people get the honour to play a Champions League game.

“He has that now, and he played a really good one. And he won it, and he qualified for the last eight in Europe.

“That’s really special. A few years ago nobody would have thought that, and I’m really happy that he can experience that now.”