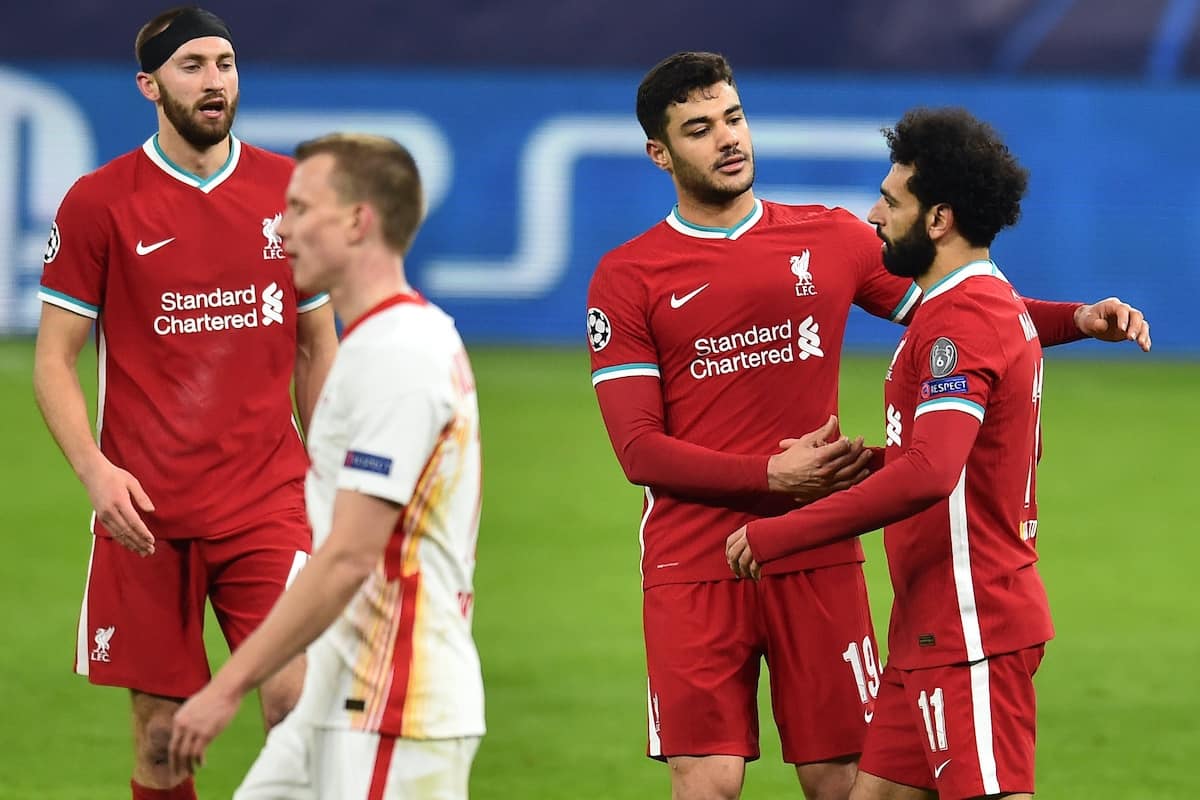 Mohamed Salah has urged Liverpool to avoid focusing on the “big picture,” as he joined the ranks lauding the return of centre-backs and midfielders to their natural roles.

For much of the season, the Reds have been unable to field their first-choice midfield or a pair of specialist centre-backs due to an injury crisis throughout the squad.

But a deadline-day flurry, the improvement of Nat Phillips and the return to fitness of Fabinho allowed Jurgen Klopp to deploy two centre-backs at centre-back and his first-choice No. 6 in his favoured position on Wednesday night.

Fabinho shielded the pairing of Phillips and Ozan Kabak, and the trio impressed as Liverpool sealed a 2-0 win over RB Leipzig to secure their place in the Champions League quarter-finals.

Salah scored the opening goal in the second leg, and speaking to BT Sport after the game he detailed the difficulty he and his team-mates have faced, leading to a miserable run in the Premier League of late.

“I think it’s hard, we had a few players getting injuries. Virg, Joe, Joel, then Hendo,” he explained.

“We had a few injuries this season, we were unlucky, but the most important thing is we need to keep fighting.

“I know it’s really hard and everybody can see that, but as long as everybody tries to give 100 percent and keep fighting in the game.

“We see that with too much pressure we carry it onto the pitch, but hopefully we can just leave the pressure off the field and just play football.” 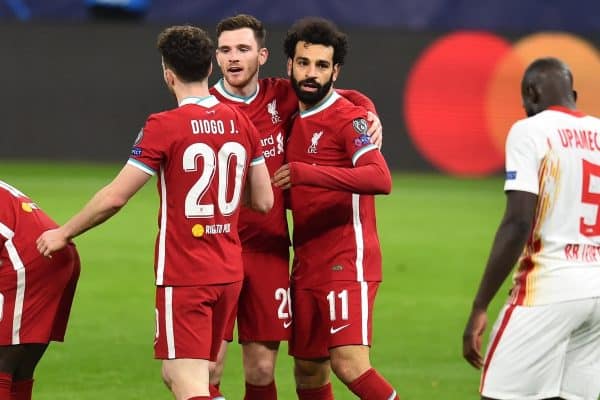 While Liverpool have continued to struggle in the league, that pressure seems to be lifted in the Champions League, with light work made of Leipzig over two legs.

The blossoming understanding between Phillips and Kabak, and the availability of Fabinho in the No. 6, bodes well for the Reds, however, with Salah hopeful a winning run can now be put together.

“It’s been tough in the Premier League, everybody can see that. We don’t want it to be tough, but it’s part of the game,” he continued.

“The last couple of years we were winning, we were flying, this year we’ve had a few injuries so we were unlucky.

“You’re really trying to fix that, but sometimes it’s hard because sometimes we don’t have a full squad, not even 18 players in the team.

“We have young players, they’re really playing good, but sometimes struggle to put someone in at centre-back.