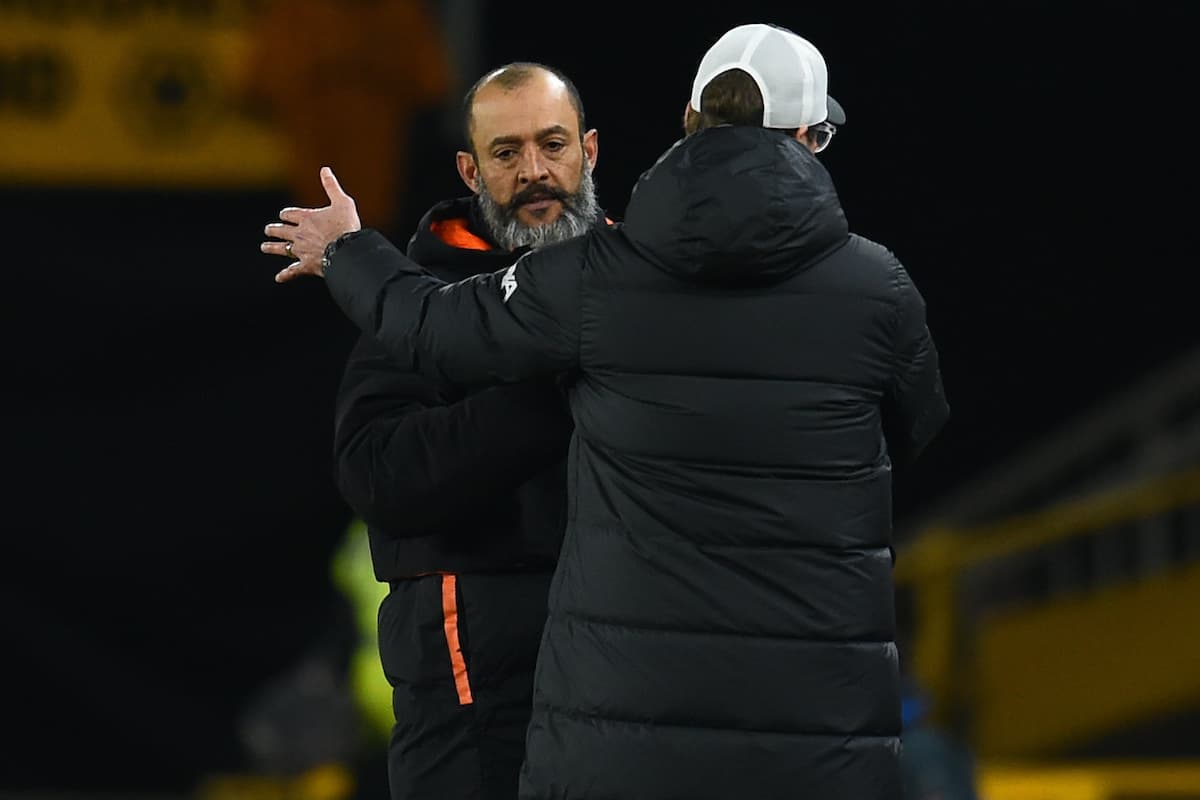 Rui Patricio was awake and talking after being knocked out in Wolves’ 1-0 defeat to Liverpool, boss Nuno Espirito Santo has confirmed.

The goalkeeper needed 14 minutes of treatment on the pitch following an accidental collision with team-mate Conor Coady late on.

He was carried off on a stretcher in worrying scenes which brought back distressing memories for Wolves.

Striker Raul Jimenez suffered a fractured skull in a clash of heads with David Luiz at Arsenal in November and is yet to return.

Diogo Jota scored a first-half winner on his return to Molineux, but Nuno was able to reveal the positive news on Patricio. 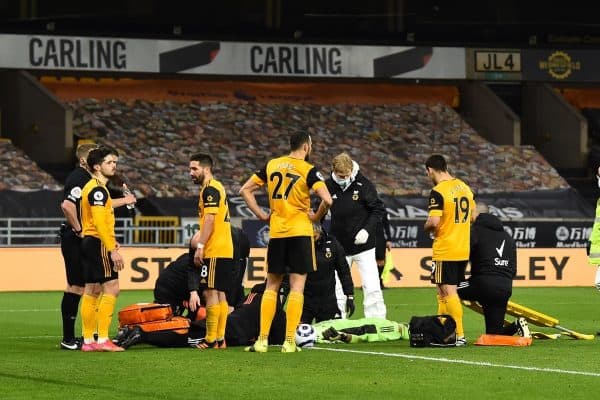 He said: “He is OK, he is awake, he is conscious. He’s speaking and remembers what happened. He is in good hands, he is being assessed by the doctors.

“You have to take the right precautions, but he is OK. It was a collision with the knee of Coady, a big knock to his head but he is OK.

“We have to wait [before knowing whether he will miss games] and the following hours are important, he is going to be with the doctors and we have to wait for what’s happening.

“These situations can happen, even in a normal situation of the game.

“We played a good game, we competed well. We should do better with the final touch and final passes, but there was a good attitude and we fought until the end. They competed and gave everything they had.”

Wolves were undone by former striker Jota who scored his first goal since November following a knee injury.

He settled the match in first-half stoppage time when he finished a fine move from 16 yards after Mohamed Salah and Sadio Mane combined.

Liverpool had lost six of their previous seven top-flight outings, but victory at mid-table Wolves lifted them to sixth in the Premier League, although still five points behind Chelsea as they chase a top-four spot.

Coady headed Wolves’ best chance over the bar and Salah had a goal disallowed for offside with four minutes remaining before Coady caught Patricio with his knee as the pair tried to stop the striker.

The keeper needed oxygen and lengthy treatment before being replaced by concussion substitute John Ruddy.

“It was an awful situation. In these moments everything loses importance immediately,” said Liverpool boss Jurgen Klopp.

On his team, he added: “Diogo has had an impact since he has been back and it makes it more special he was able to score. It was a perfect moment to score, a second before the half-time whistle.

“The rest of the game was a lot of defending but I’m completely fine with that. It’s what I wanted to see, that we understand the situation. It’s not about being Liverpool on a gala night.

“I’m really happy about the performance. I couldn’t be more happier with the dirty three points.

“We had very good moments where we should have done better. Defensively the whole game was really good, but I didn’t like the start, we weren’t active enough.”